A Hero of Our Own 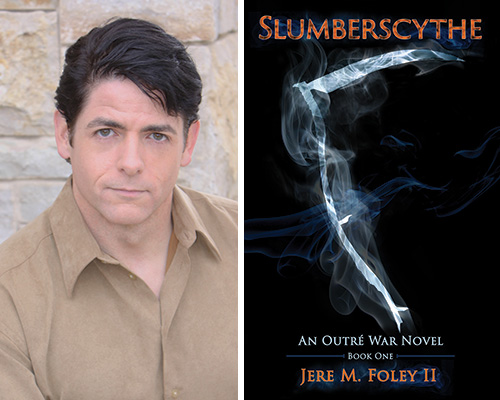 Mainstream Urban Fantasy is an easily accessible fiction genre. Its authors blend fantasy and supernatural elements into the modern world to weave a story grounded in what’s familiar while also delivering an undercurrent of otherworldly mystery. The genre includes several long-running series like Jim Butcher’s The Dresden Files and international hits like J. K. Rowling’s Harry Potter. Yet in a genre known for pushing the boundaries of what goes bump in the night, where are our LGBTQ heroes?

I started looking for a gay hero in mainstream fiction in the early nineties while I was pursuing my degree in linguistics at Lawrence University. My studies highlighted themes in classical literature and mythology that echo in modern literature. Heroes of all eras stand up to rulers who would put them down. They take the fight to monsters who would destroy their homes and families. Deepest of all, heroes inevitably wrestle with their own inner demons lest the darkness claim them.

I was only in college, and already that sounded like every single LGBTQ person I knew.

Where the iconic hero is often depicted as a shining knight, the Urban Fantasy character is generally a gritty, wise-cracking, tough-as-nails hero. The villains repeatedly knock the hero down. Yet deep in this hero’s core resides the inner strength to not only keep standing up but also to insult the attacker’s heritage and fashion choices while doing so. That mettle and determination is pure heroism. The bonus snark from the “never-give-up-and-screw-you-for-looking” attitude locks in my fondness for the Urban Fantasy hero.

After graduating, it didn’t look like the literary world was going to offer up a queer hero. Disappointed, I took a job and invested more of my time into acting as a hobby. Starting on stage, and eventually crossing the line into independent film, I once again connected to the common themes that ran deeply in our stories. Mainstream theater and film offer more variation in heroes, and for nearly a decade it was enough. But there is something mind-opening about the novel, and I couldn’t quit them completely.

Returning to printed fiction at the end of the Harry Potter era, I thought for sure the LGBTQ hero had to finally exist. Hunting high and low, I discovered a lot of very good erotica, but the focus of that genre is different. No matter whether I searched online or on shelves, I still could not find a single mainstream Urban Fantasy novel where the primary character was gay, queer, transgendered, or in drag.

I’d reached the point in my quest where all of my heroes would have said something incredibly sarcastic (I did), rolled up their sleeves, and gotten their hands dirty. What the hell? I’d been studying story structure for over 20 years. The characters I’d developed as an actor plumbed the depth of human complexity. I’d certainly read a library’s worth of fiction in my lifetime. The only thing I didn’t know was how books went from an author’s head to a shelf to a reader’s hands. It was time to get my hands dirty.

I earned a job as a production editor with the Wisconsin Historical Society Press. I wanted to make sure there’d be no competition, and fortunately they specialize in nonfiction that collects, preserves, and shares Wisconsin’s stories. It’s a small enough publisher that I’ve been able to see book development at all stages. It was exactly the right match. During the day, I rolled up my sleeves and brought other people’s books into the world. At nights and on weekends I wrote, rewrote, edited, and produced Slumberscythe, the first novel of my Outré War series.

I’m not going to lie; it’s both terrifying and humbling to release a mainstream novel with a gay hero. But he’s our hero, facing challenges in a world that feels familiar and yet hides mysteries. James is caught in a decades-old struggle between Sandmen and Reapers, and he’s going to have to stop being a smartass long enough to get help surviving. He’s also a dreamer, a bit of an aging fan-boy, and when push comes to shove, he tries his damnedest to do the right thing. In this first novel, he takes a stand against a would-be dictator, fights a monster of a man, and faces his own inner darkness.

I may no longer be in college, but that still sounds like every LGBTQ person and supporter I know. Keep being heroes!