A Tale of Two Spirits 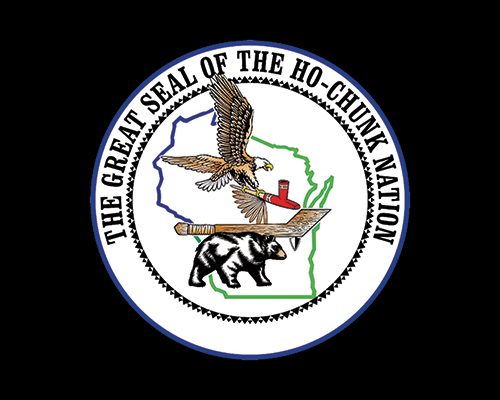 Kinsey was not alone. In 1948 when Alfred Kinsey and companions published Sexual Behavior in the Human Male, his revelations on homosexuality shocked the general public. But other academics in the same post-World War II period were also publishing research on homosexuality, including a quartet from Wisconsin who did not gain notoriety. I have written about some of these in past columns. This time I present one who uniquely looked at native peoples in Wisconsin and what today we would refer to as the two-spirited individuals.

Among her other activities were serving as an expert witness for tribal petitioners in legal cases before federal courts, serving on review committees for the National Endowment for the Humanities and the National Endowment for the Arts, and serving on the State of Wisconsin Historical Preservation Review Board. From 1983 to 1985, she served as president of the American Anthropological Association. She was on the editorial board of the Handbook of North American Indians. She has written books on the Milwaukee Public Museum, Wisconsin Indians, and Women and the Invention of Anthropology. In other words, she’s an academic heavyweight.

During 1951 through 1953, she taught at the University of Wisconsin – Milwaukee before going to Harvard. While back in her own state, she published an article in the American Anthropologist of December 1953, based on field research done in 1945 to 1947 when she was working on her doctorate. She interviewed a number of tribal contacts about the matter. The topic was the “Winnebago Berdache.” The then-named Winnebago are today known as the Ho-Chunk tribe of Wisconsin and other states.

“Berdache” was a term used by anthropologists in the 20th century for a Native American male who took on a female role. The word “berdache” was of French origin, and in French referred to the passive partner in sodomy, a catamite, or a boy prostitute, with earlier connotations from Persian and Arabic as a captive or slave. The French traders who had early interactions with the tribes of the Western Great Lakes and the Plains in the 17th and 18th centuries used a French word they thought fit for a phenomenon that was not exactly European. George Catlin in his 1830s sketches of Native Americans records a “berdache dance” among the Sauk and Fox, another tribe with a Wisconsin association. Chief Blackhawk was a Sauk and Fox leader who resisted white settlement in Wisconsin in what was known as the Blackhawk War. Abraham Lincoln was engaged with a troop of Illinois volunteer soldiers during the war.

The Winnebago language had their own native word for the practice, siange, which Lurie often used in the article as well as the traditional anthropological word “berdache” derived from French. Today the term “two-spirit” or “two-spirited” is preferred for these individuals who blend gender roles in Native American cultures.

Yet while the Lurie article did not discuss homosexuality as that sexuality was portrayed in European-based cultures, she reported that “berdaches,” known as males in female roles, “sometimes married other men.” Another was described as a bachelor who had acted as a “foster mother” to several children belonging to his sister or half sister. She first encountered the concept in 1946 when a tribal contact told her that her mother had referred to “Men who dressed as women.” Thus, readers at the time could well have conflated the “berdache” concept with the more generally known alternative sexuality for men outside heterosexuality—that is, homosexuality. After all, it was what the French had done originally.

In the Ho-Chunk tradition, the two-spirited was directed to the role during the spirit quest by the moon, recognized as a female spirit. Lurie reported the “berdache dressed as a woman, performed women’s tasks better than any normal woman could perform them, and had the ability to foretell future events.” Blessed by the moon, the “berdache” was among the tribe’s prophets as a “highly honored and respected person.”

Through association with Europeans, the Winnebago, like other tribes, “had become ashamed of the custom because the white people thought it was amusing or evil.” When asked about this group, a female Winnebago interviewed for the research replied, “That is something we want to forget and not talk about.” Other interviewees told her that the Winnebago term siange should be translated “a no-good” or “a eunuch,” or “an unmanly man.” She also reported about the Winnebago word: “This word was still in common use in Wisconsin in 1947, but was used among young men as an insult or teasing epithet. These young men claimed to know nothing more about the word except that it carried connotations of weakness and effeminateness.”

Lurie discussed that the concept was known in other tribes such as the Omaha, Ponca, and the Oglala. Lurie’s work is cited frequently by Walter L. Williams in his 1986 book The Spirit and The Flesh: Sexual Diversity in American Indian Culture, in which her findings parallel those of other and more recent researchers.

When Lurie in the 1940s encountered tales of the last known “berdache” among the Winnebago, she was told, “his brothers threatened to kill him if he ‘put on the skirt.’” It was reported to her this individual “then affected a combination of male and female clothing, fearing that he would die if he did not at least attempt to follow the directions given him in his vision of the moon.” She reported in 1953, “The last berdache died somewhat over fifty years ago.”

Yet today, history has caught up with this early research. Kohl Miner, a Ho-Chunk who resides in Minneapolis with extensive experience in theater, has expressed his two-spirit nature in various artistic works. Miner is executive director of the First Nations Composer Initiative. His work, entitled “The Semi-Conscious Memoirs of a Negligent Native,” has been described as a series of monologues portraying a modern day two-spirit as he maneuvers through life and men. Not long ago, Miner read Lurie’s article from the world of the 1940s and contacted her in 2012. It turned out he had an old group picture of tribe members, including Blue Lake Woman, who Lurie had been told was the last of the two-spirited.

Nancy Lurie’s original research showed in the postwar period that alternative sexualities had not been confined to only European-based cultures. Her later encounter with a modern two-spirit person showed that alternative traditions are hard to suppress everywhere..