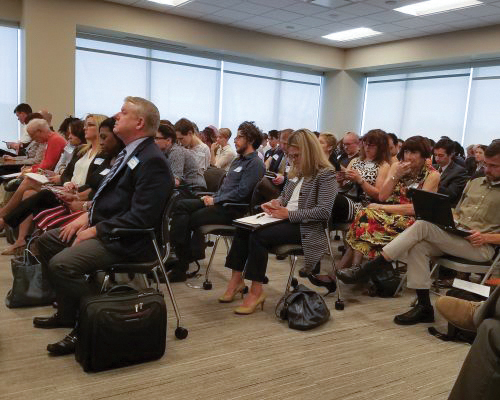 In a narrow 5–4 vote in August, the Group Insurance Board opted to remove the exclusion for transgender health care coverage for state employees.

The issue has proved to be a contentious one for the politically appointed board. In July 2017, the GIB voted to add coverage for transition-related care after its attorneys advised that it was required under the Affordable Care Act. Obama Administration officials had issued a memo saying that transgender people and their care were covered by Title IX anti-sex discrimination rules.

After the election of Trump and the reversal of that guidance, and as a ruling was pending (and ultimately given) by a federal judge in Texas to block implementation of transgender health coverage, the Wisconsin Department of Justice, at Gov. Scott Walker’s request, asked the board to reconsider. They argued that the board’s decision was based on “unlawful” rules that “improperly” interpreted Title IX.

The GIB met again in late January 2018, ultimately voting 7–2 to re-add an explicit exclusion for any transition-related care.

According to a state consultant with the Employee Trust Fund (ETF), a civil service body charged with researching many of the issues brought before the board, covering gender reassignment surgery and related benefits would have cost $100,000 to $250,000 a year in a $1.5 billion program that provides health benefits to about 250,000 state and local government workers and their dependents. The estimate also assumed just two-to-five people would have used the services per year.

The decision in August came in light of a recent ruling by a federal judge in Madison, who ordered the state to cover the surgeries of two transgender Medicaid recipients, as well as other developments in case law and medical research showing the overwhelmingly positive impact of gender dysphoria treatments.

“I’d like to note specifically the material we received showing a significant change in practices regarding this coverage, and the positive results of the care,” board member Chuck Grapentine stated before his vote to remove the exclusion. “I can in very good conscience approve this change…and I encourage my fellow board members to do the same.”

The ETF provided material laying out various options for the board to consider, from the status quo (keeping the exclusion) to removing it entirely. They could have punted the issue to a future meeting, too. Board member Herschel Day motioned to approve the first option outlined, which completely removes the exclusion and allows for care so long as it’s deemed “medically necessary.”

“This provides improved health and well being to members at no cost,” Day said. “I would like us to get out of the doctor-patient relationship and let those doctors and their patients determine what’s best.”

A packed room applauded loudly, when the motion passed to remove the exclusion.

The board also took up a motion to instruct the ETF to do further research on ways the state might still provide some form of domestic partner benefits. The state’s Domestic Partner Registry was eliminated in the 2017–19 budget at the behest of Gov. Walker. He argued that the registry was no longer necessary given the legalization of same-sex marriage in the state in 2014 and nationally in 2015.

Board member and Walker Administration appointee Waylon Hurlburt argued that it would be a waste of ETF staff time to research something he said was against state law (Hurlbert is Walker’s former budget director and introduced the original motion to add the transgender insurance exclusion).

Bob Conlin, the ETF Secretary, clarified that the state had only removed the registry and coverage for those on it, but had not technically made DPBs illegal. Hurlburt pushed back, saying that there was no reason to address it at the ETF or GIB level. “If we want that to change, talk to the government,” he added.

Graventine suggested that DPBs were no longer necessary because the “population served” by them was “finally able to marry” like everyone else. His comment was met with some derisive laughter by the gallery.

Domestic partnerships are utilized by LGBTQ and heterosexual people alike, especially for those people on disability for whom marriage would eliminate coverage and care options. Many private and even state businesses find ways to offer some form of domestic partner benefits in recognition of that need.

It was a letter from the U.W. Chancellors requesting the reinstatement of DPBs that prompted the discussion about research at the GIB meeting. They argued that the lack of such coverage seriously hurts efforts at recruiting and retaining important faculty and staff at the university. Several competing Big 10 colleges offer such coverage.

A motion to not advise the ETF to research the issue carried 7-3.

“I’m really excited that the trans exclusion has been removed so that people are going to be able to get access to necessary medical care,” said Jay Botsford, program director with the Wisconsin Transgender Health Coalition. However, Botsford relayed complicated feelings about the outcome of the meeting overall. “The fact that they are completely ignoring domestic partner benefits is an issue of both LGBT justice and disability justice.”