Art Is My Sword 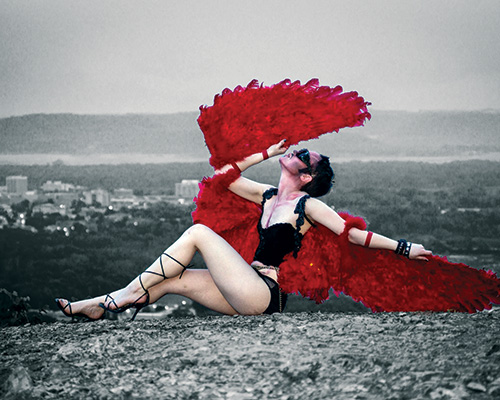 I didn’t mean to drag king.

She starts taking her 14-year-old daughter to bars, buying her drinks, giving her Valium and Vicodin, and sending her home with older men to do what older men will do. Her only defense is a shrug and a nonchalant, “It’s what my mother did to me.” Her 24-year-old intellectually disabled son looks on. According to police documents, he has sexually assaulted his sister since she was only three years old. He studies his mother and the unfolding confrontation with the eyes of a child. Soon he will be throwing anything within reach. He is a simple man and a clear product of his isolation with Teacher Television Set.

A man in his fifties anxiously waits for his daughter to get home from her bi-weekly visits with her mother. He is ignorant to what goes on when she is there, but he worries anyway. He’s raised her since she was three and, for all his fighting, was never able to convince the Court how dangerous the mother is. One thing he was convinced of: his daughter would grow up not to take any shit.

Even with such a small example of my experience with rape-culture growing up, as an educated adult it sounds like an absurd fantasy that such behavior would be normalized and even defended. After graduating from UWM, I stumbled into unlikely solstice in a group of drag kings and queer performers: the lost-sock-club of Milwaukee, The Miltown Kings. What was meant to be a guest performance turned into five years of drag. The troupe is committed to creating a safe, consent-oriented space for performers and audience members with acceptance and respect of all bodies, sexualities, gender orientations, and abilities.

My name is Alena, though most people in the community know me as Colin Acumen. The story of how I came to do drag is less important than why I continue to do it and queer performance in general. It started as a fluke but continues with the realization that, for me, drag is the most accessible tool for destabilizing traditional ideas about gender. Structural maintenance of sexism, queerphobia, and rape culture require an individual belief in divisions made along gendered lines. Drag forces the viewer to dismantle these beliefs and often renders them more receptive to the message with a laugh.

Though the popularity of Ru Paul’s Drag Race has never been higher (congrats, Trixie!), drag is still a serious act of rebellion. I dress up like a dude because I want to mock a certain brand of masculinity. The version of masculinity that promotes violence for the sake of violence and legitimizes the degradation of anything “feminine” is the same brand that fears, more than anything, being laughed at. I want to help you laugh at those dudes’ justification for their behaviors because it’s possibly the best way to get people to see how ridiculous and penis non-inherent this stuff is. I used to feel like I was shouting into a void. I am no longer alone in my corner.

By its very nature, drag is a way for lost socks to feel not so alone. It’s a community founded by outcasts who, while helping each other heal, have moved together to broaden the horizons of many sleeping normative allies. Of course there are those that still respond in anger when their beliefs about gender are so irrevocably challenged on stage; that’s when we really know we are doing something right.

Many people share my experiences growing up with rape culture and sexism totally normalized, and it can be so isolating, but I am no longer alone in the fight. This past December I faced a new rapist armed with a gun and was severely beaten for my refusal to comply (See below). Thousands of people appeared to support me and each other when I posted my story and a warning. The queer performance community was the foundation of my support, and I have never been more humbled or honored to be part of that community. An issue that is normally hushed made them raise their voices and inspired those around them to do the same. 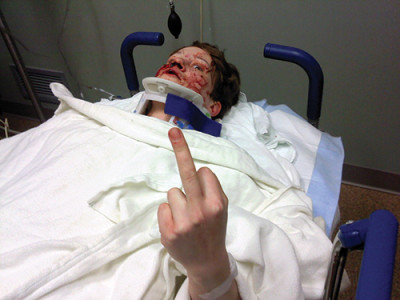