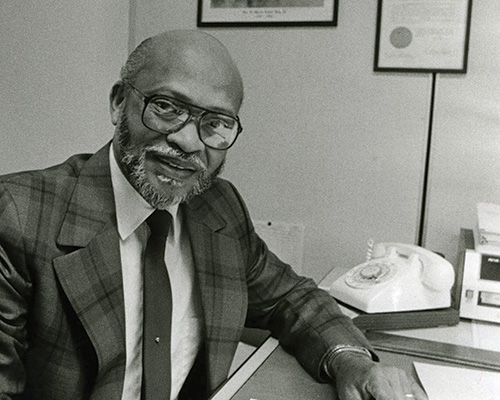 Following the Supreme Court ruling for marriage equality there has been an attempt by some to find relief from its effects by claiming some vague refuge in the concept of religious liberty to practice discrimination. But I would like to take my gentle readers back to a time when many religious leaders were forthright in their opposition to discrimination against lesbians and gay men in Wisconsin.

The strategy of engaging religious voices in the fight for gay rights has deep roots in the state. The Rev. James Wright, Director of the Madison Equal Opportunities Commission (and a pastor at Mt. Zion Baptist Church), was a leading force during the mid-1970s in enacting Madison’s ordinance banning discrimination on the basis of sexual orientation. He worked closely with Mayor Paul Soglin to achieve this victory in 1975.

When the City of Milwaukee in 1980 was considering its ordinance banning discrimination on the basis of sexual orientation, a powerful statement was issued by the Greater Milwaukee Conference on Religion & Urban Affairs: “We support equal protection of the law for all people, including full civil rights for persons of homosexual orientation.” Signatories included Rabbi Barry Silberg of Congregation Emmanu-el B’ne Jeshurun; Dr. A. C. Schumacher, President of the Southern District of the American Lutheran Church; the Rt. Rev. Charles Gaskill, Bishop of the Episcopal Diocese of Milwaukee; the Rev. Carl Simon, Executive Presbyter, The Presbytery of Milwaukee of the United Presbyterian Church in the USA; the Most Rev. Rembert Weakland, Roman Catholic Archbishop of Milwaukee; and other religious leaders. The leaders pledged themselves, “As pastoral leaders in the community we ask for our constituencies to joins us in this support.”

To help explain the correctness of support for non-discrimination, Weakland wrote a column in July 1980 for The Milwaukee Catholic Herald Citizen, titled, “Who is our neighbor?” Weakland drew on the 1976 pastoral letter of the American Catholic Bishops called, “To Live in Christ Jesus.” The bishops wrote, “Homosexuals, like everyone else, should not suffer from prejudice against their basic human rights. They have a right to respect, friendship, and justice.” Weakland’s own statement was, “We have to see Gay people not as an enemy to be battered down but as persons worthy of respect and friendship.” When Dane County was considering its non-discrimination ordinance in 1980, I placed copies of Weakland’s column on all the supervisors’ desks. The ordinance passed.

Since I was born in Good Samaritan Hospital back in Dayton, Ohio, the parable of the one who fulfills biblical law to love one’s neighbor by caring for the outcast has always had a strong appeal for me. In the archbishop’s writing, gay persons could know, “deep down there is nothing to separate him or her from God’s love or care.”

Nevertheless, Weakland and other religious leaders saw a statewide sexual orientation non-discrimination bill as a delicate issue. He and many of those willing to support non-discrimination legislation still maintained and publicly stated that homosexual activity was wrong. Bishop Marjorie Matthews of the Wisconsin Conference of the United Methodist Church in her statement noted their teachings “do not condone the practice of homosexuality,” but she also wrote, “Homosexual persons no less than heterosexual persons are individuals of sacred worth….”

The context on how to view homosexual persons was undergoing a sea change among many in the religious community. In ’76 the Episcopal Church had adopted a statement that “homosexual persons are children of God who have a full and equal claim with all other persons upon the love, acceptance, and pastoral concern and care of the Church.”

The General Assembly of the United Presbyterian Church in 1978 adopted a resolution stating, “The Christian Community can neither condone nor participate in the widespread contempt for homosexual persons that prevails in our general culture. Indeed, beyond this, it must do everything in its power to prevent society from continuing to hate, harass, and oppress them.”

The Executive Minister of the Wisconsin Convention of American Baptist Church, (sometimes erroneously called the northern Baptists) cited their doctrine that “God loves every person” to lend his personal support.

Lutheran Bishop Robert Wilch cited his denomination’s 1970 statement, “Persons who engage in homosexual behavior are sinners only as are all other persons—alienated from God and neighbor. However, they are often the special and undeserving victims of prejudice and discrimination….”

Further letters of support came from the United Church of Christ (Congregationalists) and a trio of Unitarian ministers including several from the suburban Milwaukee area. Sister Naomi Schoen, S.S.S.F. wrote on behalf of the Milwaukee Archdiocesan Sisters Council.

So why could these religious leaders in the 1980s feel comfortable supporting Wisconsin’s first-in-the-nation non-discrimination bill without resorting to claims of religious liberty? The draft bill had a special section to make clear state law could not supersede federal law regarding the National Guard. However, there was no provision in the draft for religious institutions. That was because none was needed. Existing statutory law in Wisconsin had an employment exemption in discrimination law for creed by religious organizations. The provision had and has worked for many decades.

Archbishop Weakland closed his column urging compassion so “no one is treated as a second-class citizen or as somehow ‘contaminated.’” He drew on another familiar biblical parable. The story was the woman caught in adultery who the crowd wished to stone, which was the correct biblical penalty for the case. The teacher challenged them to let the one who was without sin cast the first stone, and then proceeded to write their own failings in the sand. Those today claiming religious liberty should listen to Weakland’s closing statement: “Come write in the sand with me. Who is going to throw the first stone?”