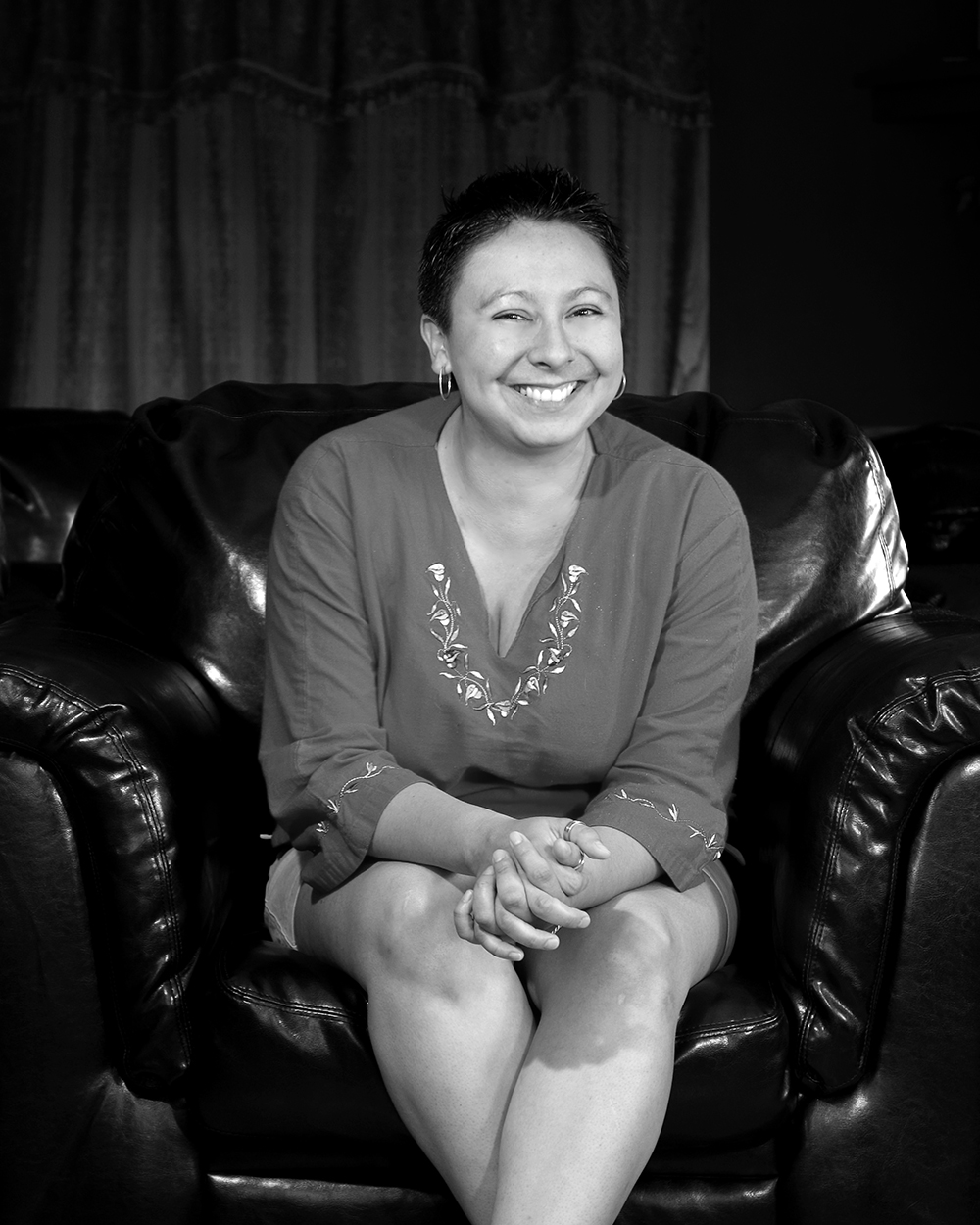 Did you know anything about Wisconsin before arriving here?

I came in September 2002 from León, the city in central Mexico where I was born, to do to a Ph.D. in Industrial and Systems Engineering at UW-Madison. I specifically wanted to come because of a researcher at the University that I wanted to work with. Other than that, I knew Madison had lakes, great cheeses and beer.

Were you out in your community back home?

No. I wasn’t able to identify lesbians there. The culture is still very chauvinistic. There’s not a lot of opportunities to get away from the very defined roles that Mexican communities have. In Mexican culture, everything you do has repercussions on the group you belong to. The immediate group is your family—therefore your family will be judged by your actions.

In American culture, you are you. The individual is more than the group and people basically go about doing whatever they feel. At least that’s been my perception.

Has that helped with coming out at all?

Being embedded in the American culture—yes. I am experiencing independence in so many ways. But truly, what’s helped me the most is the great group of lesbian friends I’ve made here. Hearing their personal stories gives me hope that my family will react positively.

How did you find those women?

I found a group called Women Who Want to Laugh in a lesbian events listing. I hesitated to go for a couple months, but finally in October 2005 I went to dinner with them. What attracted me was the description about being a social group with lesbian activism. At that time, I was just coming out of a long-term heterosexual relationship and wanted to take a chance to get to know other women. So, basically, I went for the social group but was curious to get to know other women.

In the group, I found great people. Most of them became role models for me because of their independence, for living the life that they wanted. It was women sharing stories and tons of laughing. I can certainly tell you that for me that was the door to the lesbian world.

Is that where Women Who Want to Dance got started?

In June 2006, a woman named Kelly O’Ferrell was talking about how much we needed a place to meet, to see each other and have fun. We all loved dancing, and agreed modern music wasn’t for us—we love old songs. This is how Women Who Want to Dance was created. Initially we were going to try it for four months, starting last September. We start with an hour of Latin dance lessons and break the ice by rotating partners. Usually the teachers are different every month, too. In the past, we’ve had lessons in Salsa, Bachata, Merengue, Tango and Country.

After the lesson, we have music from the 70’s, 80’s and 90’s including slow songs. The music appeals to women of different ages, but the majority are late 20’s to 60’s. From the beginning, we had more than 100 women coming and those numbers have been increasing significantly as the word spreads. 10% of the cover charge gets donated to OutReach each month.

If you started in September, that  means your first anniversary is coming up. Do you have anything special planned?

We are planning to raffle shirts made with a special logo just for the anniversary. We held a logo contest in June and five were submitted. The women who attended our July dance voted on the design and Becky Mugford’s logo won. You’ll be able to see it in on the shirts this month. We’re also going to raffle other stuff, but I don’t want to spoil the surprise. The entire cover after paying the teachers and dj will go to OutReach.

And now the dance has lead to something else too, hasn’t it?

For some time we were relying on lesbians’ email lists to spread the word about our events. We saw a need to announce not only our events but also other events for women in the community that not everyone knows about. So we’ve started Women Across Wisconsin, womenacrosswisconsin.org, to be a place where you could find information about different activities for lesbians in the Madison area. Some are open to the entire community.  The goal is to offer information about activities in our area where women can meet, communicate, share and help others by participating or volunteering. The site also identifies local women-owned businesses and businesses that support women.

You’ve gone from being closeted when you arrived, to becoming a kind of activist now. What caused this to happen?

I think the community we are in is responsible for that. I really like seeing a progressive community that is working for equality. I like that—even as I think Madison can continue to become more progressive. So, for me, being part of something that can offer women a safe place to find, hang out and get to know other women offers enormous satisfaction. Just seeing the new faces arrive each month, and more women at each dance… that makes me happy.

All this, while pursuing a PhD. What more could you ask for?

I‘d like to meet women curious about that Latin lover rumor. Or possibly a policewoman—I just love that uniform. But, what I’d like most is to just keep finding more Women Who Want to Dance!

Women Who Want to Dance