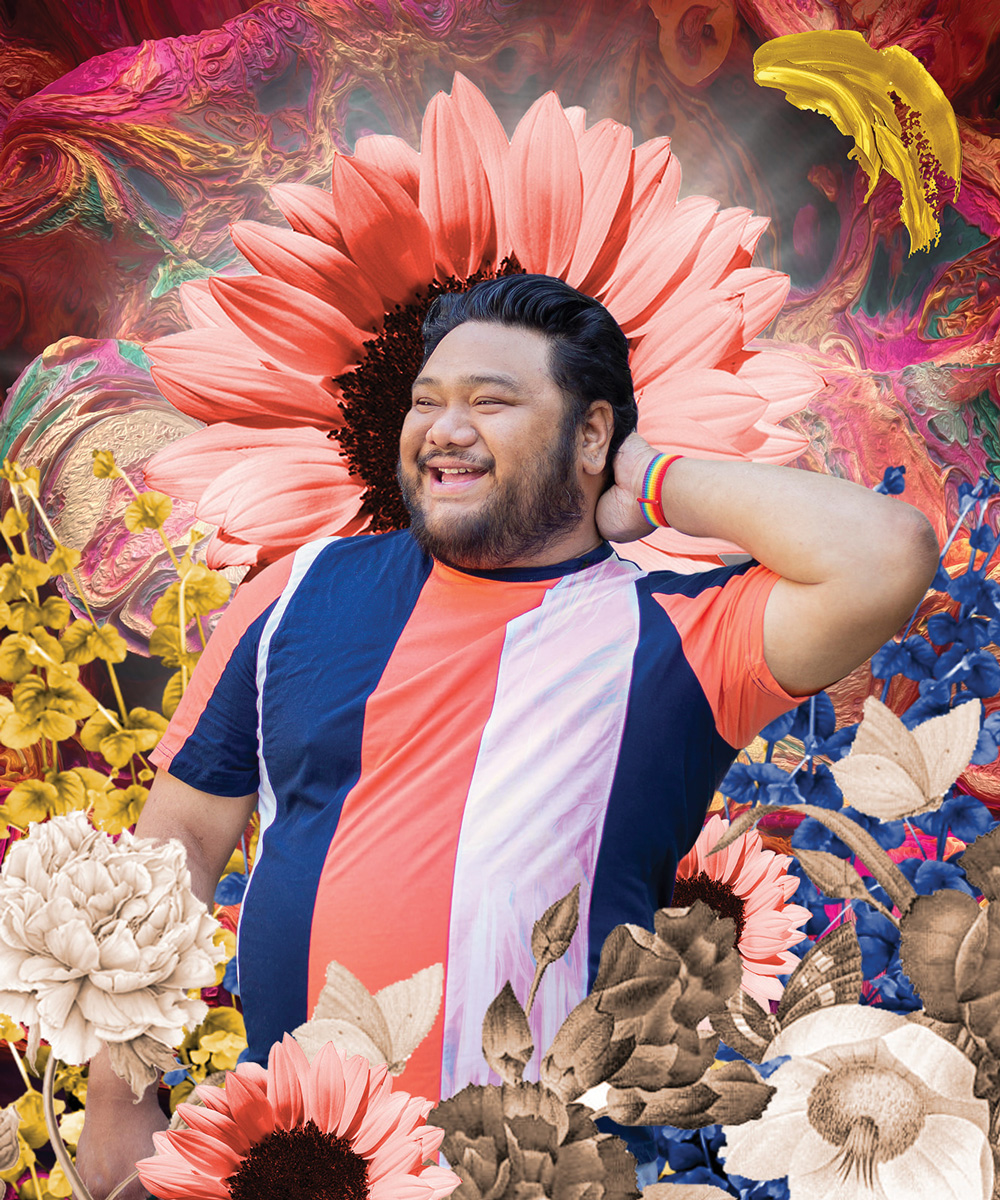 Gabe Javier moved to Madison nearly 10 years ago to lead the then-named UW-Madison LGBT Campus Center, now the Gender and Sexuality Campus Center (GSCC), part of Student Affairs at the flagship of the UW System.

“I moved here from Ann Arbor,” Gabe recounts, “and I thought that the towns were similar enough to make the transition nice and easy. I definitely underestimated how hard it was going to be to find community.”

But it happened, he says, albeit slowly. “I absolutely immersed myself in the job and met so many people through those networks, but it was a struggle to find ways to separate my personal life from my professional life.”

Originally from St. Louis, Gabe’s parents immigrated to the United States from the Philippines. His family, including his brother and niece and nephew, still live in St. Louis. “It’s a different place than when I grew up there. I was never really ‘out’ in St. Louis, so re-acclimating to my hometown in this whole new way has been an adventure.”

It’s opportunities like rediscovering his hometown through a new lens that drives Gabe in his work: “Everyone deserves the right to feel like they belong.”

“I am so grateful and privileged that I have the opportunity to work alongside people who are passionate about building community for students to help them thrive at UW and beyond. At our core, that’s what we are trying to do—help people build communities around them. And it works both ways—in helping students build community, we get to build community for ourselves.”

“From our own 2016 Campus Climate Survey data,” Gabe explains, “we know that while most UW students have a positive experience at UW-Madison, students who identify as people of color, LGBTQ+ and disabled students feel less safe on campus, less heard in the classroom, and have fewer places to be completely themselves. I absolutely see it as my job in Student Affairs to join a network of collaborators, colleagues, and accomplices across campus to change that—structurally and at the program level.”