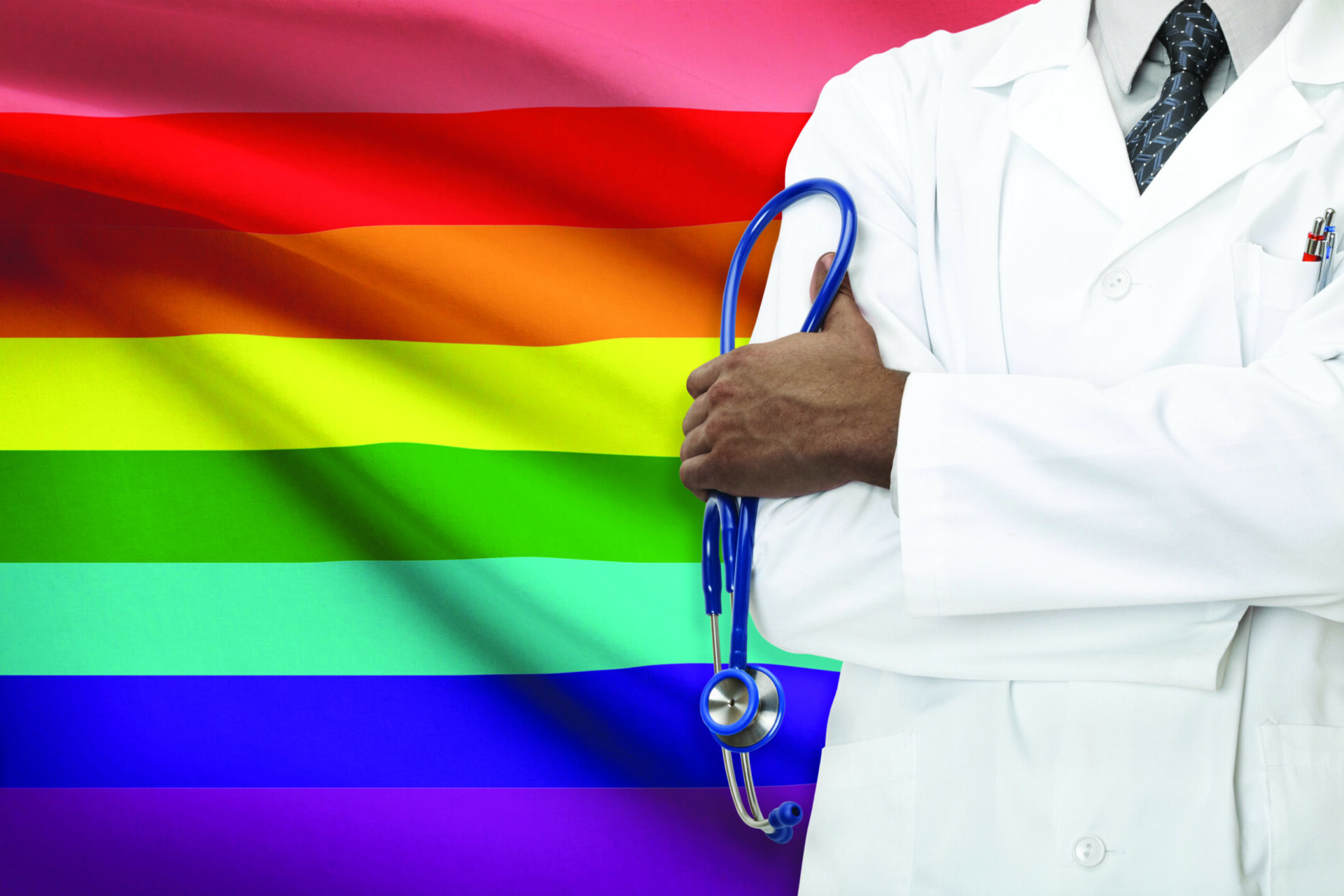 The project was funded in part by a Community Grant awarded by OPEN in 2014. We asked Jordan to talk about what the profile is all about, why she was interested in the work, and the results already springing from the effort.

What is the LGBTQ+ Health Profile?

The profile includes a summary of local, state, and national data, including qualitative interviews with local leaders and stakeholders, to identify critical health issues for the LGBTQ+ population. From there, the profile begins to identify the policies and systems that both encourage and create barriers to healthy living for LGBTQ+ people, families, and communities, and suggests recommendations and partnerships to address these barriers and close existing gaps.

What is interesting about the profile is that, while Dane County is in some ways one of the most supportive places for LGBTQ+ people in the nation (anti-discrimination protections related to gender identity and sexual orientation, a large proportion of out and visible LGBTQ+ leaders, and a number of LGBTQ+ serving organizations), we are still home to some of the largest inequities related to race and class, and this of course impacts our LGBTQ+ population in profound ways.

I became interested in LGBTQ+ health as a member of the population, having experienced same mental and physical health challenges mentioned in our interviews. In addition, I have always brought an equity lens to my work in public health, and believe it is our responsibility as stewards of public resources to identify and address the ways in which underrepresented people and groups are prevented from determining their own best health. Ultimately, the overall health of our community depends on improving conditions for those most impacted by inequities. To share a quote often attributed to Paul Wellstone, “We all do better when we all do better.”

What are some of the specific issues that you/this program have identified in terms of barriers people have encountered in seeking mental and physical health care in the county? How does race and class play a major role in these disparities, especially within the LGBTQ community?

I’ll start by saying that our LGBTQ+ community is incredibly strong, proud, and resilient. Dane County is known as one of the best and most supportive places for LGBTQ+ people in the nation, and we’ve seen a lot of progress. With that said, we know that opportunity and resources are far from equally distributed here. Much like Dane County’s population at-large, LGBTQ+ people of color, those experiencing poverty and living with disabilities are likelier to experience barriers to health and well-being.

On a personal note, my wife and I moved here over 10 years ago after previously living here for graduate school, because we knew that we could start a family and live in a community that would support us. The data we see and the personal stories we hear over and over tell us that this experience isn’t shared by those who haven’t had the same educational and economic advantages that we have had. Several of the people we talked to referred to a “layering” effect of disadvantage, and the data supports this: negative health outcomes occur more frequently for LGBTQ+ individuals who are also members of other marginalized groups. This appears to be true across the lifespan, from early childhood to adolescence to adulthood to the senior years. Collectively, we can and must do better in order to become a truly inclusive and healthy community.

The profile includes a comprehensive data summary, and the most prominent health concerns that arose were around mental health, access to health care, homelessness/housing insecurity, unsupportive communities (including schools, families and workplaces), and violence and victimization. We also note that research shows that LGBTQ+ people, especially youth, who experience supportive families and communities, are essentially just as likely to have positive health outcomes as their heterosexual and/or cisgender peers.

Access to all types of care, but particularly mental health care, factored prominently in our research, both in a review of data and in the 16 interviews we did with local leaders and stakeholders. To be clear, there are some amazing providers in Dane County who are doing all they can, but there is a serious gap when it comes to having enough providers who are trained in and sensitive to the issues facing people who identify as LGBTQ+, let alone being able to get needed services covered. Even grouping all of these identities together into “LGBTQ+” can be problematic. People who are trans* often have substantially different healthcare needs than LGB folks, whether it is transition-related or generally having a provider who doesn’t make incorrect assumptions or lack the understanding needed to meet the specific needs of trans* people. When providers without the proper training and experience try to serve LGBTQ+ patients, they can end up doing more harm than good. Additionally, there are systems-level issues with forms and software that assign the incorrect gender, reinforce a gender binary, or perpetuate heteronormative culture (such as listing “mother” and “father” on a child’s medical form).

We also want to challenge the notion that health centers on healthcare. It is an essential component to overall well-being, but we know that access to healthcare only determines about 20% of a person’s health status. With this profile, we hope to draw attention and action toward what we consider “upstream” issues or the root causes of health, including the ability to freely express one’s identity and pursue the same opportunities to live, work, learn, and play as everyone else.

What policies and systems have been identified to help address these disparities, and have you seen any work being done yet on them? By whom?

There are lots of promising policies and practices in place. Wisconsin was the first state in the nation to enact non-discrimination laws related to sexual orientation (in 1982), and both Dane County and the City of Madison have established protections based on gender identity. These laws ostensibly protect LGBTQ+ people from discrimination in employment, housing and public accommodations. Marriage equality was a big step forward for many people and families in terms of both healthcare coverage and toward normalizing perceptions of same-sex relationships. However, not everyone who identifies as LGBTQ+ wants to or is in a position to get married, and we have to be careful not to allow marriage equality to be seen as our final frontier. A few local employers provide coverage for transition care, and there are local advocates pushing for more organizations to do so. The U.S. Department of Health and Human Services has required collection of sexual orientation and gender identity data as part of its Meaningful Use program, which provides incentives to healthcare providers for switching from paper to electronic records.

With all of this progress, inequities still exist and continued vigilance is needed to avoid steps backwards. AB 469, or the “bathroom bill” is one obvious recent effort to remove existing protections and perpetuate disadvantage. Regarding healthcare, as one family physician we interviewed pointed out, Wisconsin law “consistently and specifically” denies coverage for gender-related services, including hormone therapy and surgery. Thus, persons covered by state-administered healthcare plans, including those using Medicaid or Medicare or state employee plans, are not able to access these services.

Our hope is that this profile serves as a starting point for dialogue and prioritization, so that we can support greater coordination for all of the work that is already happening.

Are there any steps that non-LGBTQ+ folks can take to help push for needed changes, advocate for themselves or their friends/ loved ones?

We need more LGBTQ+ people working in healthcare, public health, social services, and policy! Those of us who experience white privilege or positions of economic and professional influence need to use our positions to normalize the difficult conversations, recognizing and naming inequities. We need to reach out beyond our normal social circles and try to better understand what it is like to live in this community as part of a marginalized group. Local organizations led by LGBTQ+ folks and people of color need funding and recognition so that they can better lead on solutions from within their own communities. Find out what your employer is doing to proactively hire and support LGBTQ+ folks, people of color, and people with disabilities, and get involved in creating a more inclusive work culture. Parents can ask at their kids’ schools to find out whether the health and sexual education curricula are inclusive of all genders and sexual orientations and whether there are effective policies and staff training in place regarding LGBTQ+ populations as well as race and social justice issues.

Jordan Bingham has over a decade of experience as a leader, educator and facilitator in the areas of public health and racial justice. As health equity coordinator at Public Health Madison & Dane County, and part of the leadership team of the City of Madison’s Racial Equity and Social Justice Initiative, she serves in leadership roles in local and national initiatives aimed at advancing health and racial equity in government and community. She is actively involved in community groups, with an emphasis on engaging white people to work for racial and social justice in solidarity with communities of color.

The team that worked on the project: