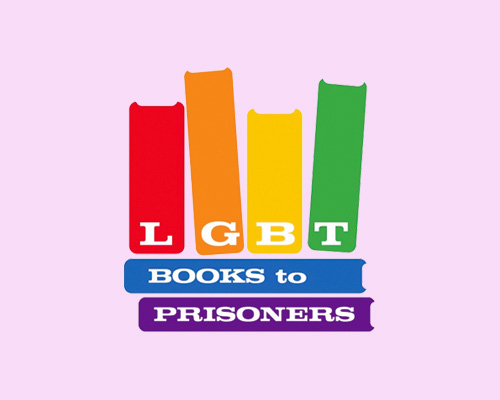 Seventy-three. That’s the percentage of lesbian, gay, bisexual, and transgender people and people living with HIV who have had run-ins with the police in the last five years. Many of them end up behind bars—in jails, youth detention facilities, and prisons, where they are likely to experience discrimination and abuse. For prisoners’ “protection,” officials may place them in solitary confinement, and they are given few to no resources to help pass the time. Even those who have access to programs and prison libraries quickly realize that these services don’t have the design or capacity to meet their needs. As William at Green Bay Correctional Institution writes, “sometimes—well most of the time—we – the gay community—feels abandoned and forgotten in here.”

This isolation and despair are what LGBT Books to Prisoners (BtP)—a local project that sends books, free of charge, to LGBT and queer-identified prisoners across the United States—hopes to counter. Every week in the basement of Rainbow Bookstore Cooperative, LGBT BtP volunteers read dozens of letters from LGBTQ prisoners who ask for books, lists of LGBT resources, and, most important, connection with the outside world. The volunteers match books to the letters, write notes to accompany them, and wrap them up for mailing. Each week BtP sends between 30 and 50 packages, each containing up to five books.

The process between receiving and filling a request usually takes between two and three weeks. Its impact is tremendous. Richard recently wrote from the Louisiana State Penitentiary in Angola that reading provided “a joy and peace I’ve found nowhere else in my 32+ years in this prison.” Most of the recipients eventually pass their books along to other prisoners or donate them to their prison’s library, extending the lifespan and utility of the materials. Since many of the books deal with topics on which it is nearly impossible to find other resources, like the lived experiences of trans* women or stories about gay relationships, this is especially meaningful. Each book has the potential to reach hundreds of people who otherwise have little access to knowledge of their choosing. In an oppressive and violent prison system, books give prisoners more control over their circumstances. As Edward in Rhode Island puts it, they “help create a place to disappear to, to live a life through other characters and dream about places and things to do once out.”

In the nine years since it was founded by then Madison-resident, Dennis Bergren, LGBT BtP has sent packages of books to almost 4,000 incarcerated LGBTQ people. Now run by an organizing collective of five members, the project continues to grow rapidly with more prisoner requests and more people supporting the project on the outside. All of the books that the project sends are donated by individuals and organizations, and all of the money that it spends on postage comes from donations and small grants. Most important, all of the people who keep the project running do so on a volunteer basis. LGBT BtP’s biggest needs currently are financial donations and volunteers. At this time LGBT BtP can accept only the following kinds of books: transgender or bisexual interest, drawing, dictionaries, thesauri, and almanacs. If anyone has books in these genres to donate, please contact the project.

For more information or to make a financial contribution to the project, visit LGBT Books to Prisoners’ website: lgbtbookstoprisoners.org or Facebook page: facebook.com/lgbtbookstoprisoners. If you’d like to volunteer or arrange a book donation, send an e-mail to [email protected]

Volunteers meet on Monday and Tuesday nights from 5:30–7 pm and every other Saturday at 10am.