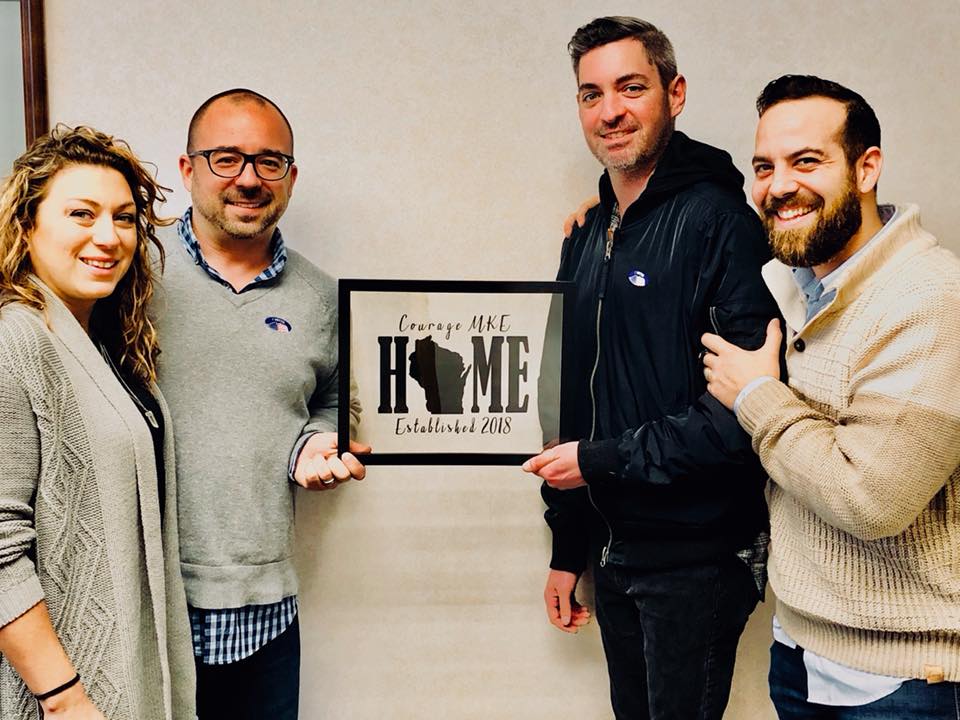 A new group home and safe drop-in spot for homeless LGBTQ youth will open soon in Milwaukee, after the purchase of two homes in the Walker’s Point neighborhood by Courage MKE.

The group was founded in 2015 by local couple, Brad and Nick Schlaikowski, after hearing so many stories of homeless LGBTQ+ kids. It’s estimated that 40% of the youth homeless population in the country identify as lesbian, gay, bisexual, transgender, or queer.

“At 16, youth should be focused on applying for college and what they will wear to prom, not where they are going to sleep that night or how they will afford their next meal,” Brad notes. They founded the non-profit as a way to help support those youth in need. After two years of operation, the Schlaikowskis say, they’ve received enough support from the community to buy the houses and get the group home concept up and running. They closed on the property on February 20 and hope to have the doors officially open before next winter.

One of the three bedroom homes is to be used to house eight teenagers. The other will be used for counseling or just a hangout spot. Both houses serve as a safe haven for young people ages 10 to 17, who have been living on the street. This group home is first of its kind in the state.

Dubbed the Courage House, Brad says they specifically wanted to locate it on the south side of the city due to a lack of shelters in the area. “If they are rejected from their family, literally put out on their stoop, the second they tell their family, with what they have on their back, how do they get from here to wherever the other shelters are?” he told TMJ4.

The site will be located at 1544 S. 6th St in Milwaukee. Right now, Courage MKE is continuing to raise money to support their mission. They’re also taking donations of supplies, like beds, light bulbs, paintings, and other household needs. Find out more about Courage MKE and how you can help at www.couragemke.org.