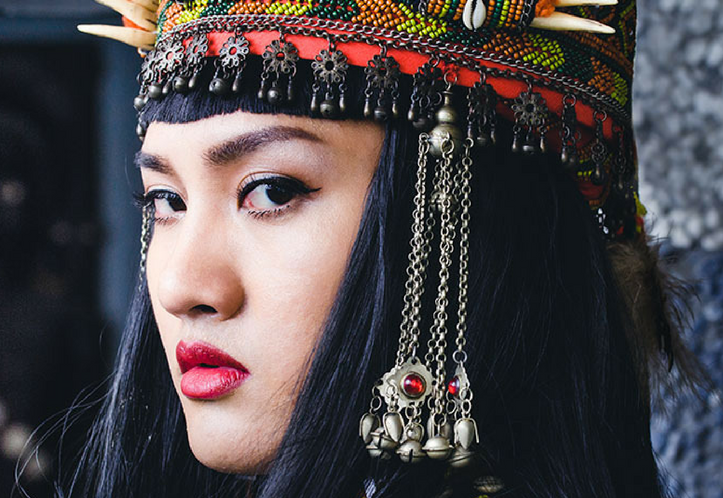 The annual Wisconsin Film Festival continues to offer a wide range of cinematic experiences, with this year’s installment featuring over 140 independent titles over eight days (April 5-12). Movies run the gamut from documentaries to locally made dramas to epic adventures and classic restorations or rediscoveries.

There are loads of great options, but Our Lives has taken the liberty of sifting through the offerings on hand for those with strong LGBTQ+ themes or content. Below is a list of those we were able to identify from their descriptions alone. Tickets for the festival are on sale online and at the Madison box office now. Check out the full guide of films here.

US Premiere  |  Narrative  | Taiwan  |  2017 DCP  |  Aboriginal Taiwanese with English Subtitles  |  95 minDirector: Yu-Lin WangWriters: Hui-Ling Chen, Hua-Chien Hsu, Juliana Hsu, Bai Rong Hua, Yu-Lin WangProducers: Chi-Kang Liu, Gene YaoCinematographer: Pan-Yun WangEditor: Don-Ren HongCast: Utjung TjakivalidTrailer: https://www.youtube.com/watch?v=6hYRkpkU5hEAlifu, the Prince/ss follows the intersecting stories of a small group of LGBT people in Taiwan as they negotiate how to live truthfully, despite the barriers of expectations and prejudice created by others. Alifu is a 25-year-old Paiwan man who works at a salon and questions whether he should live as a woman, as he believes he should, or follow his father’s footsteps as the chief of their indigenous tribe. Newly single Peizhan is Alifu’s lesbian roommate and co-worker, who discovers surprising feelings for Alifu. Drag bar owner Sherry grapples with her unrequited affection for a plumber, and one of the performers at her bar is a straight man in a relationship with a woman, who become suspicious of his secretive activities. As these characters struggle to navigate the world with queer identities, their tragedies and challenges contrast with almost spiritually joyful scenes in moments of honesty and friendship, like striking, celebratory drag shows at the bar. With impressive performances from the ensemble cast and beautiful cinematography capturing the urban and natural landscapes of Taiwan, Alifu, the Prince/ss is a moving drama that compassionately explores the complexity of the LGBT community. (MSJ) Presented with support from the Institute for Regional and International Studies
“Good Manners” (“As boas maneiras”)

DCP  |  Portuguese with English subtitles  |  135 minDirectors: Juliana Rojas, Marco DutraWriters: Juliana Rojas, Marco DutraProducers: Sara Silveira, Maria Ionescu, Clément Duboin, Frédéric CorvezCinematographer: Rui PoçasEditor: Caetano GotardoCast: Isabél Zuaa, Marjorie Estiano, Miguel Lobo, Cida Moreira, Andrea MarqueeTrailer: https://vimeo.com/231881305The mysterious bond between two isolated women in a São Paulo high rise forms the basis for this shapeshifting modern gothic. Clara takes a job as a live-in nanny for Ana, a wealthy young soon-to-be single mother. Clara is reserved and cautious where Ana is perky and frivolous, but, with few other worldly connections, they are drawn towards one another as though by fate. Soon they are sharing a bed, but Ana’s bizarre pregnancy symptoms cause Clara concern. After trailing her on a sleepwalking excursion through the city, Clara begins to wonder what exactly is growing inside Ana’s belly. Co-directors Juliana Rojas and Marco Dutra brilliantly reinvent the film as it proceeds-what begins as a Brazilian class critique segues into an almost Almodóvarian lesbian melodrama, before transforming into something quite different in its second half. The São Paulo skyline looming in the distance is beautifully rendered as matte painted backdrops, adding an uncanny old-school mystique to a film that recalls Jacques Tourneur’s classics Cat People, I Walked with a Zombie, and The Leopard Man. Special Jury Prize, 2017 Locarno Film Festival. Best Fiction Feature, Best Supporting Actress, Best Cinematography, 2017 Rio de Janeiro Film Festival. (MK)
“They”

Wisconsin Premiere  |  Narrative  |  USA, Qatar  |  2017 DCP  |  English, Farsi with English subtitles  |  80 minDirector: Anahita GhazvinizadehWriter: Anahita GhazvinizadehProducers: Zoe Sua Cho, Simone LingCinematographer: Carolina CostaEditors: Anahita Ghazvinizadeh, Dean GonzalezMusic: Vincent GillianCast: Rhys Fehrenbacher, Koohyar Hosseini, Nicole CoffineauTrailer: https://www.youtube.com/watch?time_continue=3&v=Le5KZkw5q2EWith great sensitivity and impressionistic beauty, Iranian-born filmmaker Anahita Ghazvinizadeh brings us into the world of a gender-fluid teen in the Chicago suburbs. J has been taking hormone blockers to delay puberty, and keeps a daily chart tracking what gender identity they wakes up as. After two years of treatment, J’s doctor says the time has come to decide whether or not to transition. J spends this fateful weekend tagging along with an older sister to her Iranian boyfriend’s family gathering. They is a remarkable film for many reasons, not least for its authentic lead performance by first-time actor Rhys Fehrenbacher, who is in the process of transitioning from female to male. Completely in tune with her subject, Ghazvinizadeh conveys J’s inner state with a subtlety and sympathetic ambiguity that recalls the work of her former teacher, the great Abbas Kiarostami (Taste of Cherry, Certified Copy). “Like Kiarostami, Ghazvinizadeh has a piercing visual style and a deep appreciation for cinematic storytelling” (Indiewire). “Lovely… a bewitching little movie, with a haunting central performance” (Bilge Ebiri, Village Voice). Executive produced by Jane Campion (Top of the Lake, The Piano). 2017 Cannes Film Festival. (MK)

Wisconsin Premiere  |  Narrative  |  USA  |  2018DCP  |  97 min Director: Brett HaleyWriters: Marc Basch, Brett HaleyProducers: Houston King, Sam Bisbee, Sam SlaterCinematographer: Eric LinEditor: Patrick ColmanMusic: Keegan DeWittCast: Nick Offerman, Kiersey Clemons, Toni Collette, Ted Danson, Blythe DannerNick Offerman stars as the owner of a failing used record store and single father who finds unexpected success when he and his talented daughter collaborate to record a song. Frank (Offerman) is ready to say goodbye to his business and his smart, UCLA-bound child, Sam (Kiersey Clemons). But the catchy “Hearts Beat Loud,” the song by their two person group We Are Not a Band, starts to gain popularity and Frank begins to reimagine the future for both himself and the reluctant-to-change-her-plans Sam. Meanwhile, both Frank and Sam are exploring new romantic commitments with, respectively, Leslie (Toni Collette) and Rose (Sasha Lane), and Frank’s mother (Blythe Danner) is starting to exhibit signs of dementia. While the stressors of life pile up, Frank and Sam use their shared love of music to communicate and work through their decisions. While the songs for this gentle character-driven dramedy were composed by the talented Keegan DeWitt, Hearts Beat Loud, the movie, was co-written by Marc Basch and director Brett Haley, partners on two popular previous collaborations I’ll See You in My Dreams and The Hero (WFF 2017). 2018 Sundance Film Festival. (JH)
“She’s Marrying Steve” (part of the Wisconsin’s Own By the Dozens short film installment)
World Premiere   |   USA  |  2017DCP  |  English  |  22 min Director: Erika KramerWriter: Erika KramerProducers: Erika Kramer, Jenn GomezCinematographer: Kaya DillonCast: Rachel Napoleon, Jenna Laurenzo, Jessica Cummings, Jed Resnick, Matt Mundy, Claire KarwowskiWhile there’s no easy solution to dealing with heartbreak, Riley’s bold decision to go to her ex-girlfriend Lauren’s wedding to a man may not be the best way to get past her confusion and hurt… Or is it? Follow Riley on this cathartic, embarrassing, and moving journey towards letting go. (EQ)