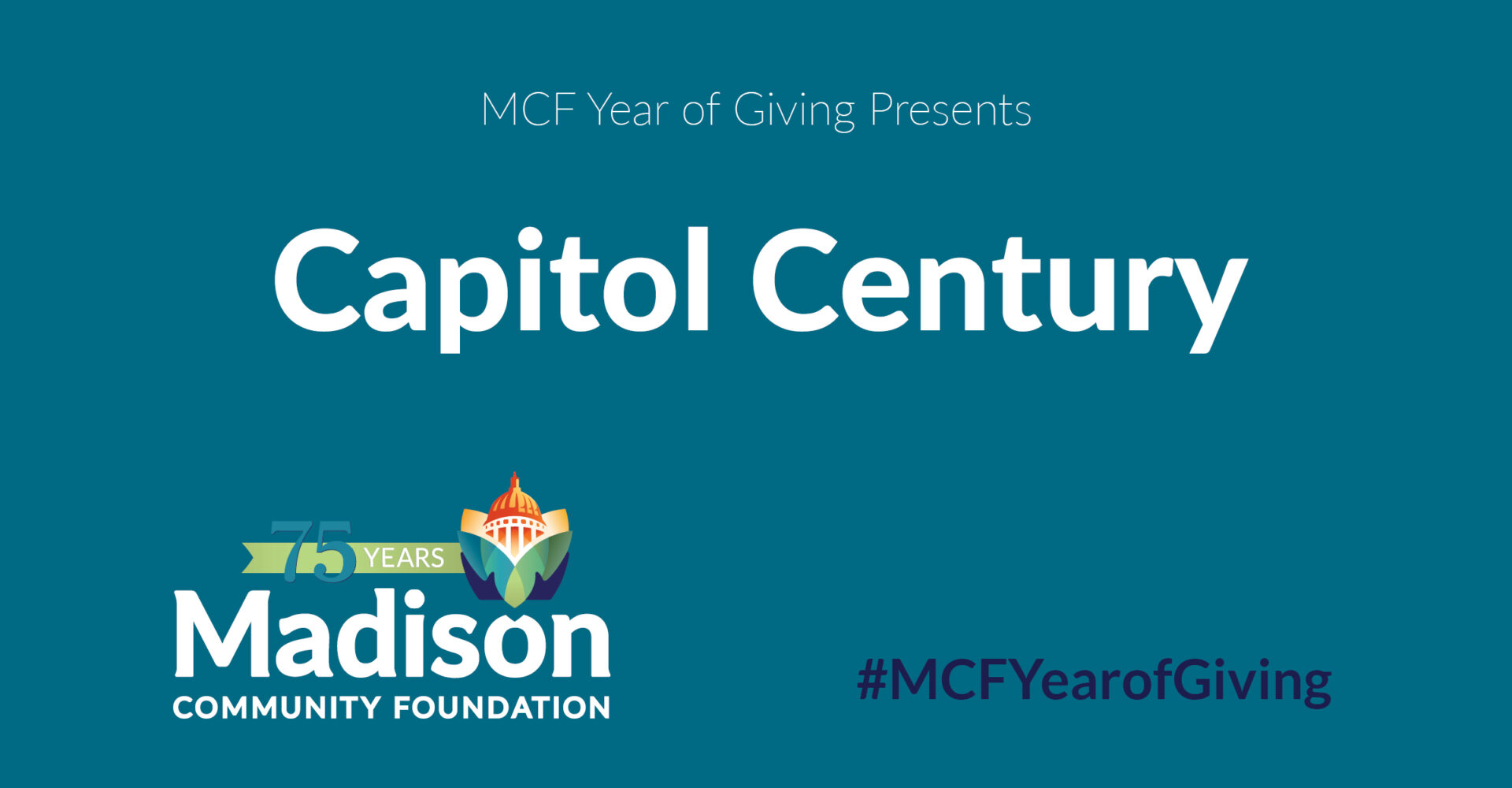 Capitol Century, supported by a grant from Madison Community Foundation, will include funding for the July 26th performance of Concerts on the Square, as well as innovative and provocative programming at Madison Children’s Museum and Overture Center for the Arts from July 2017 through May 2018.

“We are incredibly grateful to Madison Community Foundation for their support of the arts in Madison and their generous funding to help make our July 26th performance of Concerts on the Square possible,” said Andrew Sewell, Maestro for Wisconsin Chamber Orchestra. “We are thrilled to help celebrate the Wisconsin State Capitol Centennial and the Community Foundation’s 75th Anniversary by bringing the community together at the Capitol Square.”

“We couldn’t think of a better event to announce our third grant than Concerts on the Square,” said Madison Community Foundation president Bob Sorge. “The Capitol Square is hub to many wonderful art and music venues in Dane County. We look forward to viewing all the creative projects from Madison Children’s Museum and Overture Center for the Arts as they unfold throughout the next few months.”

“Madison Children’s Museum is pleased to create a series of exhibits, programs, events and opportunities for children, families and adults to celebrate Madison Community Foundation’s 75th anniversary, the 100th anniversary of the Wisconsin State Capitol, and the 150th birthday of Frank Lloyd Wright in 2017,” said Deborah Gilpin, President & CEO.  “The museum has cooked up a robust set up activities, all revolving around architecture, design, creativity and invention, to take place from July 2017 through May 2018.”

“Artists are creating new work that responds to the history, architecture or cultural symbolism of the Capitol building and surrounding grounds,” said Ted DeDee, Overture’s president and CEO. “We’re so grateful to Madison Community Foundation for helping us bring this exhibit to life and look forward to sharing more information with the community as the exhibit takes shape in the coming months.”

How Madison Children’s Museum Will Use the MCF Grant

Madison Children’s Museum will create four pop-up exhibits, one the creation of a giant-scale version of the Wisconsin State Capitol, another a room-sized cardboard and paper plate capitol, the third, an exhibit of artists-made, pint-sized Capitols, to be displayed in the museum’s first floor Sidewalk Surprise gallery, and the last, a lit-up Capitol “fort” on the museum’s rooftop. These exhibits will open between October 2017 and May 2018, with each project including an artist residency workshop for museum visitors.

How Overture Center Will Use the MCF Grant

Overture Center for the Arts will use the funding for a special exhibit, The Capitol at 100: Madison Artists Celebrate the Centennial, which commemorates the 100th anniversary of the Wisconsin Capitol Building through artworks by Madison artists. The exhibit will run from November 4, 2017—January 14, 2018 in the Playhouse Gallery. Done in a variety of media, artworks will range from richly detailed examinations of the building’s architecture and ornament to personal interpretations of the political history of the Capitol. The exhibition will also include an historical overview of some of the artists commissioned to create paintings, mosaics, and sculpture for the Capitol Building. For more information on the exhibit, go towww.overture.org/Capitol100.