Ring in the New Year with roller derby in Madison 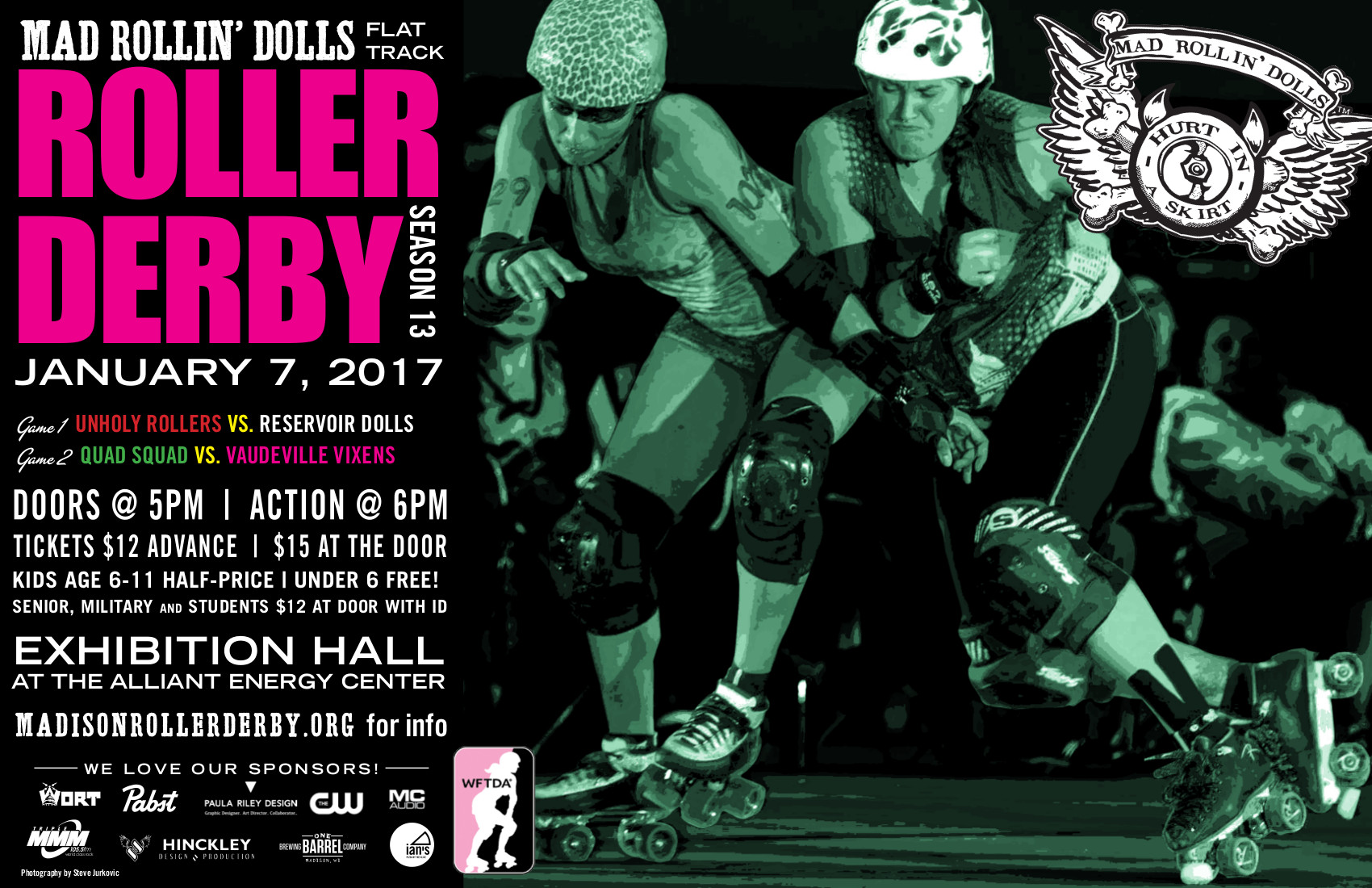 MADISON, WIS: Ring in the New Year with the hard hits and fast skating action of the Mad Rollin’ Dolls roller derby league on January 7 in Madison:

Hurry hurry hurry! You ‘mustache’ to our second game of the season!

Mad Rollin’ Dolls present “I MUSTACHE TO THE ROLLER DERBY” on Saturday, January 7 at the Alliant Energy Center’s Exhibition Halls, where the four home teams will meet to in fierce, fun competition to see how this season’s rankings and rivalries shake out.

In the first game of the evening, the Unholy Rollers will challenge the Reservoir Dolls to see which team can notch their first win of the season. The second game of the night features a re-match of last season’s championship game, pitting the Quad Squad against the Vaudeville Vixens.

Tickets are $10 one week in advance if bought at one of our ticket outlets in Madison: Willy St. Co-op (all locations), Pegasus Games, and 608 Skate (inside Fast Forward Skate Center).

A portion of the proceeds from this bout will go to benefit the Wisconsin Indian Education Association:http://wiea.org/