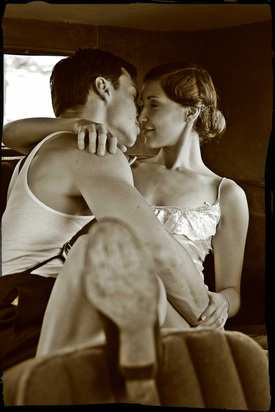 This Event: May be of interest to the LGBTQ community

During the Depression riddled years of the early 1930s, one couple became notorious for their disregard for authority, their contempt for banks, and their passion for one another. They became known to the world simply as Bonnie and Clyde. Joined by Clyde’s brother Buck and sister in law Blanche, they robbed, cheated and murdered their way across the country, evading authorities from several states and providing morbid entertainment for a country desperate for distraction.

Don’t miss Bonnie and Clyde, the sexiest, most suspenseful and action packed event of the summer.