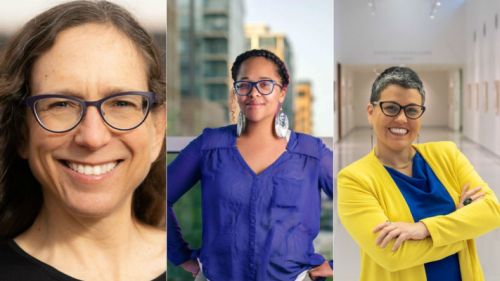 GSAFE Co-Executive Director Ali Muldrow and Department of Public Instruction equity consultant Ananda Mirilli both won their races for Madison School Board in April. Their victories, along with Christiana Carusi in seat three, helped flip the board to entirely women members, and added representation by at least two queer people of color.

Muldrow and Mirilli ran a somewhat unique, collaborative campaign, frequently appearing together at events and providing support to each others’ work while boosting media coverage for both.

In the contest for seat four, Muldrow handily beat longtime conservative gadfly Dave Blaska with 70% of the vote. She focused her campaign on creating a more inclusive environment for LGBTQ+ students, students of color, and students with disabilities. Muldrow will also push for better funding and integration of arts education.

For seat five, Mirilli bested incumbent TJ Mertz with 58% of the vote and a campaign based on addressing school safety issues and racial disparities. The former director for the restorative justice program at the YWCA, Mirilli cites her work to expand that program throughout Dane County as experience she’ll bring to her work with Madison’s public schools.