A Call for Wider Queer Solidarity 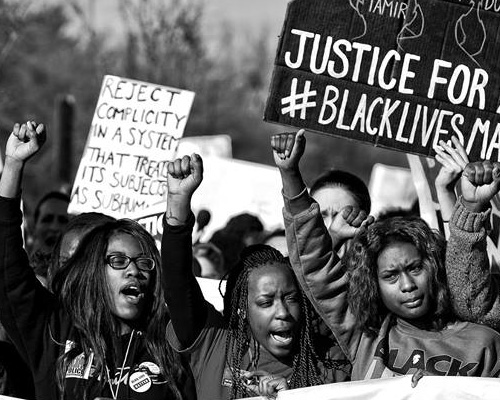 On Saturday, April 4, Young Gifted and Black Coalition announced they would call on the United Nations to run a separate and concurrent independent investigation into the killing of unarmed Madison teenager Tony Robinson. The press conference explained their reasoning and blunt awareness that they expect a non-indictment of Officer Matt Kenny and have taken note of the other high profile cases where there have also been the same results.

The Young Gifted and Black Coalition is a circle of young leaders determined to end state violence and raise the voice of communities of color. We are young Black women, queer folks, straight folks, and feminist men who are fighting for Black Liberation. The death of Tony Robinson is a queer issue, and the independent investigation by the UN should be supported by all queer organizations.

Historically and very recently, Black people have been forcefully reminded of the truth: that Black people are unable to get justice when we are victims of violence. We know that state violence not only shows up in disparate arrest rates for Blacks (11:1, according to the 2015 Race to Equity Report) but also in violence done by agents of the state and vigilantes and our community’s inability to get justice.

We saw this on January 28, when Joseph Weekly was cleared of all charges after murdering Aiyana Jones. Aiyana was seven years old, an innocent child who was sleeping when Detroit Police Department’s Special Response Team conducted a violent raid on the Jones’s home, which resulted in the child’s death. Often when Black people are the victims of violence not only is there a lack of justice, but also many times we are criminalized for trying just to survive that violence.

We saw an example of this when CeCe McDonald, a Black transwoman, was viciously chased and attacked in 2011 and was charged with second degree manslaughter for defending her right to life. We saw this when four queer Black women, called the New Jersey 4, defended themselves against a male attacker and were criminalized in the media and given harsh sentences while he walked free. Because of countless examples like these, Tony Robinson’s family and friends have no cause to believe they will get justice for the murder of their 19-year-old loved one.

The Black Queer community asks for solidarity from our White queer allies. LGBTQ activists and organizers fight for the human right to dignity, to live without fear, and to live free from violence. Black queer folks are denied these human rights every day in the United States. Where is the outcry? Where were the rainbow flags and No H8 protests when a young Black teen’s human right to life was infringed upon by Madison Police officer Matt Kenny on March 6?

In the past, we have seen a complete erasure of Black queer people from the LGBTQ narrative. Many Black queer folks feel disconnected from campaigns like the fight for equal marriage because many low income people and people of color may not benefit from this victory and because there are more pressing issues to our lives such as addressing a lack of equitable education and over-policing. Simply put, if there are communities being denied their human right to life and to live without fear of harassment, assault, rape, incarceration, or death as a result of their identity, it is a queer issue. Queer advocates, activists, and organizers must broaden the way we see violence. How can we see the human rights violation when one teen is bullied until he feels forced to commit suicide, but not when a teen is killed by the very “service provider” that was called for aid as was the case with Tony Robinson? Criminalization of identity is a queer issue, and a violation of the human rights of one person is certainly a threat to justice for all queer folks.