A Life of Service 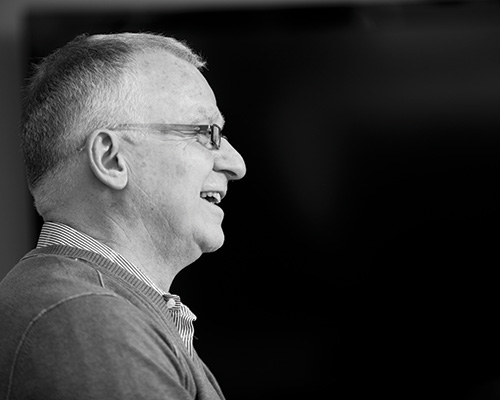 Soon I will be leaving my position as founding President and CEO of Diverse & Resilient, Inc. This transition process, like the ones the agency has used since its inception, involves evidence-based practices, close monitoring, and as much transparency as we can provide within the limits of funds and time.

I told the agency Board of Directors about my intention to leave in early 2013 and announced it publicly for the first time in June of that year at the annual Challenge Party. Then at the Wisconsin LGBT Leadership Conference in 2014, quarterly ERG Best Practices Group meetings, PrideFest, and ongoing meetings with leaders of LGBT organizations around the state, I informed people of my plans. We sent email blasts to more than 2,000 people, posted on social media, and included the information in hundreds of letters and in our annual report. One-to-one meetings have been held with the agency’s major foundation supporters and with our state and federal program officers.

A formal search process was initiated in late Fall 2014. Announcements were sent to public health journals, some trade publications, and to academic and LGBTQ organizations across the US. Individual leaders were also called to encourage their participation in outreach for prospective candidates.

Twenty years ago this May, I met with a handful of gay, lesbian, and bisexual teens in Milwaukee and asked them what they wanted everyone to know about them. They told me about their struggles at home, at church, in school, and on the street. They shared their dreams and challenges. But in the end, they asked that we remember that they are not all white like they were portrayed in the media and that they are not tragic, hanging around waiting to die.

In short, they were diverse and resilient. With this in mind I submitted a proposal for federal funding to increase the number and quality of community programs to address their risks for HIV transmission. From that day in 1995 until today, Diverse & Resilient has had a group of youth advisors that guide the agency’s youth work in important ways. They initially met at Aurora Sinai Hospital and clinics because the program was a joint effort of Aurora Health Care and the UW School of Medicine.

Then in May 2002, the youth we had been working with began to age out of the programs we had fostered in Madison, Green Bay, Appleton, La Crosse, and Eau Claire. They expressed concern about leaving the supportive environments we had developed for them with our program partners. They regularly commented on the limited healthy venues for them as young adults in Wisconsin. Diverse & Resilient then became a separate nonprofit, formed its first Board of Directors, and expanded its scope to include a broader age range and expand its public health interests beyond HIV.

Since those first days with a one-room office on Court Street in Milwaukee, we have implemented 24 public health programs coordinated by 20 staff with an annual budget of nearly $2 million.

My transition as the executive of Diverse & Resilient came at the same time as leaders had stepped down at Cream City Foundation, Fair Wisconsin, and Milwaukee LGBT Community Center. One difference for the agency is that ours was the only one whose founder was leaving. Following the recommendations of the Annie E. Casey Foundation that observed specific challenges for transitions which involve the founder, I suggested to the Board that we engage Spectrum Nonprofit Services as transition management consultants. Their job has involved three distinct tracks over the past six months. First, they coordinate the search process, involving board, staff, and community volunteers. Second, they coordinate staff readiness for transition, assisting them in the practical issues such as shifts in supervision; reassignment of duties such as fiscal, operational, and program responsibilities; and details like security passwords. Third, Spectrum staff attended to my transition needs like communicating my vision for the agency’s future, clarification of the ethics that have governed the agency, and determining my “encore” career. It is expected that the new executive will be announced in late spring and begin work this summer [ed. note: see sidebar for announcement]. As part of the process we have selected, my job is to assure the smooth transition of my duties and vision to others; this intentionally does not include identifying or selecting my successor. Instead, my final task is to pursue what is next for my work. The agency’s work goes on without me.

Since 2014, I have been an Encore Fellow. This fellowship out of encore.org in San Francisco reminds us that there is a huge talent transition happening as baby boomers reach traditional retirement age. As we leave our jobs, society continues to need our thinking and experience. Determining what our next act will be acknowledges this reality by redefining work and community engagement after 50. This past summer, a colleague in state government asked how it will be for me to be out of the spotlight. I responded that I found his perspective interesting. In the Midwest, the amazing contributions of LGBTQ leaders are rarely in the spotlight. While Diverse & Resilient and other hard-working agencies have persevered and done truly great things worthy of celebration, attention continues to go to the coasts.

Each day I devote some time to writing about my new work. I am not retiring, but my paid work is changing. When I leave Diverse and Resilient, I will be 67 years old. My late husband of 31 years, Paul Mandracchia, will have been dead for six months. During this next period, I plan to change pace for a time to address the ongoing grief associated with his death. My encore involves community development, not only LGBTQ community development, but certainly including them. The challenges to community and the rewards of engagement in it have fueled my work for more than 45 years; it seems logical that I would pursue other aspects of community in the next decade or so. In identifying and pursuing my encore work, I conclude my leadership of Diverse & Resilient to the best of my ability, following as we have since our inception the best course of action we can find.