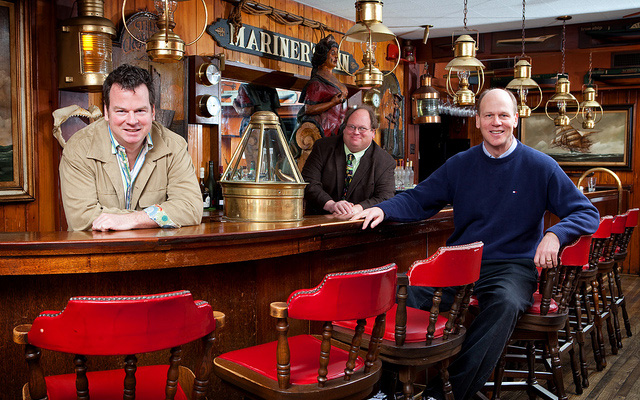 The Mariner’s Inn is defining destination dining in Madison

A warm destination for a “date night,” The Mariner’s Inn provides an intimate atmosphere overlooking Lake Mendota. Can’t decide what to order? Start with an appetizer. Several popular entrées, including the Sesame-Crusted Ahi Tuna and the deep-fried jumbo Mariner’s Shrimp are also available in a smaller, first-course size. But don’t be fooled: these selections are still large enough to share.

The Tenderloin-Stuffed Portobello is a standout – a large mushroom cap overflowing with tender chunks of steak, topped with a smoky yet creamy whiskey peppercorn sauce and house-made haystack onions. The sizeable pieces of tenderloin are fork-tender.

The Admiral’s Tenderloin consists of twin tenderloin filets, aged to perfection and perfectly tender, topped with lump blue crab meat and a Béarnaise sauce. Served alongside are seared scallops, presented on a sprig of rosemary, plus a choice of sides and soup or salad.

For accompaniments, go with the Legendary Hash Browns and the award-winning New England-style Clam Chowder, which features enormous pieces of clam in a wonderfully rich base.

A new offering that’s making quite a splash with patrons is the Macadamia-Encrusted Grouper, served on a Chambord Raspberry Sauce. Delicate and crunchy, the fish remains the star of the plate, but the refreshing mango salsa and fruity – but not overly sweet – Chambord sauce elevate the dish to new heights.

For a sweet finish, the house-made Door County Cheery Cheesecake is a delicious slice of history. Lovingly developed more than thirty years ago by the matriarch of the von Rutenberg clan, its dense, moist texture leaves a hint of amaretto on the palate.

With fantastic food, a lakeside view, and an impressive wine selection… forget waiting for a special occasion. This is a date night destination too good to put off visiting.