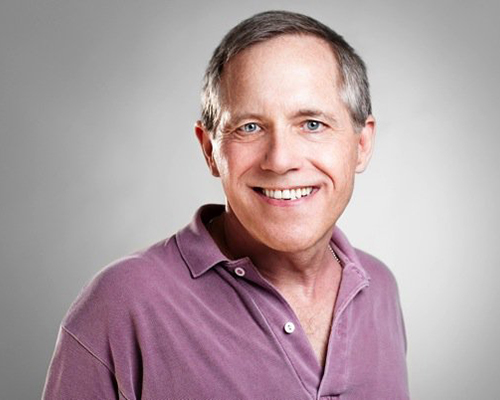 A long, long time ago … in a galaxy far, far away … Wisconsin became known across the country as “The Gay Rights State.”

And for good reason.

Passage of our historic first-in-the-nation civil rights law more than a quarter century ago heralded a new era in the modern LGBTQ movement.

An entire generation has since grown up accepting as the norm that discrimination based on sexual orientation is not only morally reprehensible but is illegal in our state as well. Recognizing the significance of this landmark civil rights law from a historical perspective provides both a renewed appreciation of our past accomplishments and serves as inspiration for what we can achieve in the future.

Gazing at the State Capitol, as I now do every day, reminds me of all that our community has been able to achieve over a relatively few years:

How did we do it? Our community did it the old fashioned way, by rolling up our sleeves and doing the hard work that makes change happen.

We pieced together a broad-based community and religious coalition, with support from virtually the entire spectrum of the faith community, including mainstream Protestant denominations (like the Wisconsin Baptist Convention), Jewish organizations, and the crucial backing of the Catholic Church (yes, that’s right!). We tapped allies like the Civil Liberties Union, NOW, and statewide labor unions. We isolated the “moral majority” as the lunatic fringe that they are.

We made gay rights a bipartisan cause. The bulk of our support in the legislature came from Democrats, but Republican votes provided the margin of victory in both houses. It’s no accident that governors of both parties signed our bills into law (Gay Rights: Dreyfus; Consenting Adults: Earl; Hate Crimes and HIV issues: Thompson). We thus created a safer political environment that allowed lawmakers to cast votes as they should.

Most important was an active and engaged statewide LGBTQ community, setting the agenda, establishing the long-range strategy, and working in the trenches for years. Local governments—Milwaukee, Madison, and Dane County—enacted anti-discrimination ordinances. Openly gay and lesbian elected officials brought the issue before the public; at one time we had more openly LGBT officeholders in Madison—like Supervisors Dick Wagner and Kathleen Nichols—than any jurisdiction in the country.

When I was first elected to public office, Stonewall had not yet marked its third anniversary. There were no openly gay elected officials. Anywhere. To predict that Wisconsin would pass the country’s first gay rights law would have been absurd.

Today we have all this, and more, that would have been equally unimaginable. Tammy Baldwin is the nation’s first and only openly lesbian member of Congress (and remains the only non-incumbent open gay or lesbian candidate ever to be elected). State Rep. Mark Pocan is the powerful chair of the legislature’s Finance Committee. Milwaukee’s Tim Carpenter is the first, and still only, openly gay or lesbian member of the State Senate. Domestic partnership benefits for state employees—setting the standard for the public and private sectors—was passed into law. We have a permanent statewide political organization (Fair Wisconsin), local service groups (OutReach, AIDS Network), a non-profit foundation (New Harvest), support for LGBTQ youth (GSAFE), a bimonthly magazine (Our Lives), and not one, but two professional business associations (The Business Alliance, O.P.E.N.).

And that’s just scratching the surface of what constitutes our community today—absolutely and entirely unimaginable when I first began.

Now as I walk past the Capitol, I see a vibrant community—with our renewed vigor, refreshed commitment, enthusiasm, and hard work—that has a future that cannot even be imagined. It reaffirms my return to Madison: not only a special place to call home, but with a community that remains at the forefront of today’s LGBTQ movement.

David Clarenbach was elected to two terms on the Dane County Board of Supervisors, served on the Madison City Council, and was a member of the Wisconsin State Assembly 1975–1993 (where he was Speaker Pro Tem 1983–1993). He was Acting Executive Director of the Madison AIDS Support Network (1994–1995), and Executive Director of the Gay and Lesbian Victory Fund in Washington, D.C. (1995–1996).