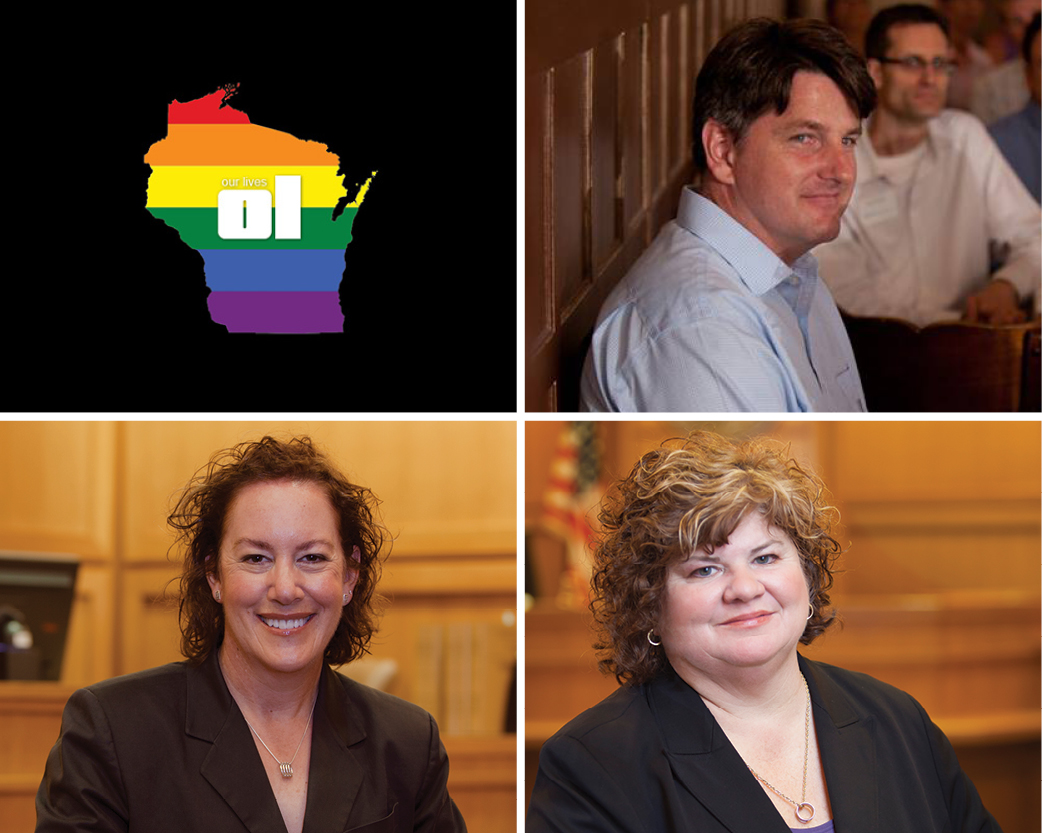 The afternoon of Friday, June 6th was pretty dramatic. I had a detailed plan in place that included volunteers who had been trained to help issue marriage licenses and judges and court commissioners who would perform marriage ceremonies on call, but the uncertainty created by an unusual ruling was something I did not anticipate. The ruling clearly struck down the marriage ban but gave no instruction on what that meant to people like me on the front line. What was the purpose of the ruling if same sex couples couldn’t get married? What law prevented them from doing so since Judge Crabb’s ruling clearly overturned the marriage ban and declared it discriminatory? In the end I simply concluded that if the laws denying the freedom to marry were unconstitutional, that meant they were unenforceable. Marriages could begin immediately.

The phone tree was activated. Judge Ellen Berz and Tamara Packard were in charge of the officiants and the weddings. John Smallwood from Fair Wisconsin was in charge of helping check couples’ legal documents and getting the couples to the right officiants. Dane County Clerk of Courts Carlo Esqueda was in charge of helping couples obtain missing court documents (such as divorce decrees) during the weekend hours. So many amazing volunteers came down to help me process the growing line that at times, I didn’t even have enough work for everyone.

As the night went on, all the stories the couples shared were the greatest part. How they had been together for decades and never thought they would be able to get married. Kids who could tell how excited their parents were but weren’t entirely sure why. Parents and friends who hovered and got in the way, but no one cared. Friends and complete strangers alike who came down to the City-County building with flowers, rice, music, champagne, and of course, cake. It was a weekend that I will never forget.

Weeks before June 6th, I was honored to help Dane County Clerk Scott McDonnell ready our county for same-sex marriages. I organized many of our Dane County judges and court commissioners to be marriage officiants. On decision day, everyone jumped into action. I was teaching a judicial seminar in Milwaukee and rushed back to Madison. Judge Rhonda Lanford quickly took the lead and brought volunteer officiants, in their judicial robes, to the City-County Building.

Having officiated weddings, I knew that being so close to a couple who were vowing lifelong love and commitment is a special experience. That experience was heightened by same-sex couples having their many prior years of dedication legally recognized and validated. Overwhelming exhilaration, joy, and love were palpable. That weekend, I married people of various ages, races, and occupations. With the lighted Capitol in the background, I married a couple who had been together for over 40 years. Another couple, whose relationship spanned 51 years, had previously questioned whether they would ever see the day when they would be equal citizens in Wisconsin. That wonderful, historic day proved, yet again, that “equal protection of the law” and “justice for all” are not empty words.

It was about 4:30 on Friday afternoon. I was in my judicial chambers talking with Court Commissioner Tony Jamieson about some cases when I received an alert on my phone announcing that Judge Barbara Crabb had found Wisconsin’s same-sex marriage ban unconstitutional. We had been waiting for this decision and were prepared for it. We walked over to the City-County Building where couples were already in line waiting to apply for their marriage licenses. The gathering crowd was jubilant, and the mood was electric. Over the course of two days I married 28 couples. Most had been together for years, if not decades, and had been waiting a long time for this day. The most touching moment was when one of the witnesses to a ceremony hugged me tight and said in my ear, “My partner of 26 years died last year. I know she is watching in heaven.” At that point I had to choke back my tears.

There were so many stories that day—stories of people who had been together decades, raised families, and were thrilled finally to have their relationships legally recognized. I look forward to the day when I can perform marriage ceremonies without labels. We won’t have “gay” marriages—we’ll just have marriages.