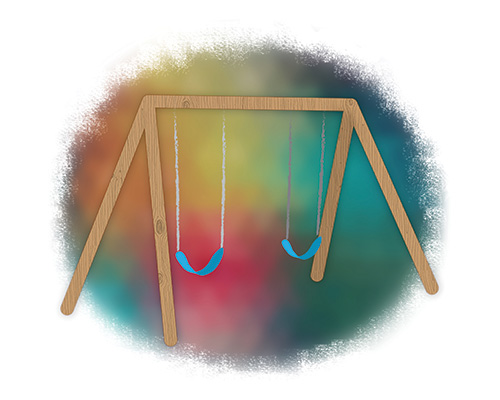 At the end of GSAFE’s youth leadership camp in August we always end with an activity called “Touch Someone Who.” It involves everyone sitting silently while each of them, one by one, gets to give silent and anonymous appreciations by a gentle touch to the arm or knee. The activity often results in tears, as participants take in these unexpected affirmations.

We do this to remind our campers of something they infrequently hear as young LGBTQ+ people. We want them to know that they are valuable. That they are deserving of respect, love, and acceptance. And that they are good.

The last thing we tell them is, “You are good.” Because they are.

I know this because I, myself, am good.

In fact, I’m not just good. I’m pretty darn good. I’ve had the privilege of getting to do a whole bunch of things in my adult life to make life significantly better for LGBTQ+ youth in Wisconsin schools. I often travel the state helping educators learn best practices for creating safe and supportive environments for queer youth. I’ve also had the privilege of helping a number of schools pass transgender-inclusive nondiscrimination policies. We’re now at 67 school districts with these protections.

Even as a kid I was pretty good. I did well in school. I never got in trouble. I tried to be friendly to everyone, including my bullies, and often stood up for progressive issues. I looked down on classmates who made racist jokes. I even always drove the speed limit, mostly.

In fact, one time in college when I was driving the speed limit with a friend in Minneapolis, I noticed that he locked his door when we entered a predominantly black neighborhood.

“That’s racist!” I declared, making sure he knew that I was a good white ally.

I didn’t always know that I was good. When I was in grade school, I never heard my teachers talk about LGBTQ+ people. That silence ensured that the first things I learned about myself as a gay person came from schoolyard jokes and Three’s Company, which meant I learned that I was the butt of a joke and that I should feel ashamed. Both my classmates and I internalized these lessons. Unfortunately, this is still the case for many LGBTQ+ youth and their classmates today.

It takes a lot to overcome that kind of teaching, and it’s still a struggle at times. Despite that, I still know that I am good.

I also know that I am racist.

How could I not be?

Growing up I was surrounded by subtle and not so subtle messages about both white people and people of color, particularly black people. The epitome of that was a sign that used to be posted outside my rural Iowa hometown that read, “The Blackest Soil, The Whitest People.” No subtlety there!

While it took me years to develop the analytic abilities to realize what that sign was teaching, I absorbed its lessons at an early age all too well. My white teachers, my white classmates, and my white community taught me to see people of color as outsiders, as people not to be trusted, and as people who were not as smart or as capable as me.

One of my family members was a big basketball fan, and she was especially excited whenever the Boston Celtics played the L.A. Lakers. Having no choice but to watch with her I started to notice that whenever a black player celebrated a good play, her face would twist into a scowl and she would make a negative remark. When white players did something similar, the response wasn’t the same. Then I noticed the same behavior in myself, starting as a gut level equivalent of a scowl.

Other acts of racism that I can point to:

• For years at our summer leadership camp when we taught about racial diversity and oppression, the curriculum focused on the learning of our white campers, often at the emotional expense and learning of our few campers of color.

• I’ve been silent when educators who are amazing advocates and allies for LGBTQ+ youth make coded and not-so-coded racist statements about youth of color.

• I’ve had lower expectations for the students of color with whom I’ve worked, as well as colleagues of color.

• Even though I wouldn’t admit it at the time, I too felt nervous when driving through the predominantly black neighborhood in Minneapolis with my college friend.

• More recently, I had an unconscious, gut response of suspicion when I met Dashawn, a black middle school student who lives in my neighborhood, who asked if he could use the swing in my front yard. Even though I knew better, and even though I actively think, talk, and engage in racial justice work, and EVEN THOUGH I AM GOOD, my first instinct was to mistrust him. In that brief moment I turned my neighbor into an adult who was up to no good and a potential danger. And yet I never felt that way when I met white kids in my neighborhood, even those who didn’t bother to ask using the swing.

My encounter with Dashawn was a sobering reminder of the hard work it takes to get beyond talking about diversity at a surface level and really digging down and identifying the deep roots of racism and bias in both ourselves and our communities. I thought about this encounter with Dashawn when I first learned about the murder of Tony Robinson by Matt Kenny, a white police officer. I can only imagine that Officer Kenny, who we’ve been told repeatedly is, and I’m sure actually is, a good person, had a similar, gut level, and unconscious response to seeing a young black male when he entered the apartment. The biased, split-second response that ID’ed Tony as dangerous, someone to be mistrusted, someone to be controlled and ultimately put down, undoubtedly contributed to an unarmed black youth being shot seven times and killed by a good white police officer.

In our schools, especially here in Madison, our LGBTQ+ youth of color face increased surveillance and policing on a daily basis. They experience biased application of school policies, and are blamed for protecting themselves when they are the targets of violence. Our youth of color are routinely excluded from the classroom and thus made unavailable for learning as a result of biased discipline, school suspensions and expulsions, and arrests. They routinely receive the message that they are not smart, that they are not good enough, and that they are neither talented nor gifted. Our students of color hear and learn these messages early, as do their white classmates and peers. I’m sure my neighbor Dashawn is well-schooled in these lessons.

My colleague Kristen Petroshius reminds me that most white people are kind of like infants when it comes to talking about race and white privilege. Learning a new language can be hard, but for white folks it is our responsibility to keep working at it, listening and learning from our mistakes.

GSAFE has been on an intentional journey to truly understand how structural and day-to-day racism plays out in our organization. As an historically white organization, the learning for us has been exciting and challenging, humbling and liberating. It’s asked us to rethink how we do things and to both develop and support existing work that supports the leadership and success of youth of color.

On my own journey of learning, I get some things right and some things wrong. This is frustrating for me, less because of my personal embarrassment, and more because of the harm it causes friends, colleagues, and students.

And we will make mistakes. And in those moments we’ll feel the urge to make excuses or explain away those mistakes by reasserting how good we are. But that gets in the way of addressing the root problem. When it comes to addressing issues of racism being “good” really has no bearing. Really good people, contribute daily to systemic oppression in
our schools and community.

Getting back to where I started, I’m a good person, and I’m also a racist one. And being the former doesn’t let me off the hook for being the latter. I’m on a journey, and I hope we can take that journey together. It’s rarely easy or comfortable. But it’s necessary and vital, especially for my friend and neighbor Dashawn, who simply wants to be the kid that he is.

Brian Juchems serves as GSAFE’s Sr. Director of Education and Policy, where he manages their educator training program and leads their policy work with school districts.