I’ve Got the Power 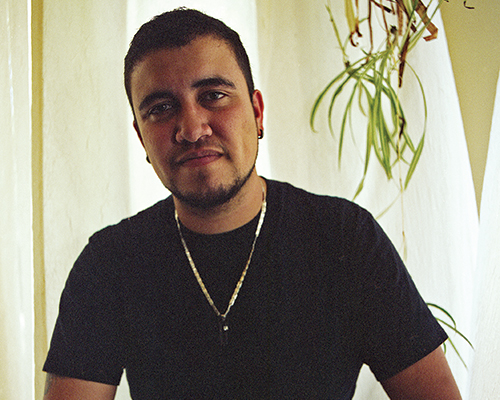 Art has always been a central part of my life. Just the word “art” sparks memories of childhood: summer days spent swinging my legs beneath a wooden picnic table that sat outside my grandmother’s in-home studio. I would sit for hours, surrounded by the aromas of oil paints I couldn’t yet pronounce, stacks of charcoal-stained sketchbooks, and every shape and style of brush one could imagine. I’d watch as my grandmother would turn simple ideas into sketches and then bring them to life upon canvases.

This instilled in me a great respect not only for the craft, but also for the power of art itself to bring people together, to teach, and to ultimately shed brief glimpses of light onto one’s personal experiences not otherwise shared.

Growing up rather shy and quiet, however, the last thing I could have foreseen was taking my art to the stage. That was before I became involved with Proud Theater. It was a cool September evening; I remember standing outside, across the street from the address where my friend had told me to meet him. He had asked me to come by after running into me at our high school’s gay-straight alliance, explaining the group as a place where LGBTQ youth would go to practice and perform theater.

I suppose I had envisioned something along the lines of a queer take on a Shakespearean piece. I couldn’t have been more wrong. Having clearly not paid enough attention when speaking with my friend, I had unknowingly become a participant. I was terrified. So much so that I made it a personal goal to sabotage any chance of return; I would arrive late, I would barely speak—much less participate—and on the off chance that someone could convince me to do otherwise, I would do so minimally.

It wasn’t until a few weeks in, when I was personally approached by one of the mentors, that my thoughts began to change. It was pretty well determined at that point that I was going to put up a fight when it came to talking, so the best bet for me would be to write. I was told to do nothing else but that and report back the following week with whatever I produced.

I returned with almost a full notebook, divulging feelings about my gender identity and past that I had previously kept quiet. I was more than apprehensive at first to admit to much of what I had written, but it hit me after some time that this group was far more than just a bunch of queer kids on stage. It could be, if I wanted it to be, a family—unconventional, yes, but nevertheless one that met once a week over bagels and pizza to talk and to share in one another’s lives and experiences for the sake of creating art. And that was something I could understand.

I wouldn’t have admitted it then, but I don’t think I would be doing as well now without them. Even in moments when I feared I’d be the most alone, like shortly after coming out as transgender and realizing that my decision to pursue hormones would ultimately cost me the relationship I’d formed with my biological family, I found some of the greatest comfort in knowing I could turn to Proud Theater. There, I could let go of some of that struggle for a bit by turning it into a monologue, a song, a poem, or even a play. That is exactly what I did during my second season with Proud Theater when I wrote the somewhat-autobiographical piece called “Do It Yourself.”

It’s been about four years since that time, and I am 21 and living fully and legally as a man. I am an actor, baker, photographer, writer, artist, and activist. What’s more is that I am about to begin my second season as an adult mentor for Proud Theater. It is my turn to nurture the shy or reluctant artists inside the students I work with.