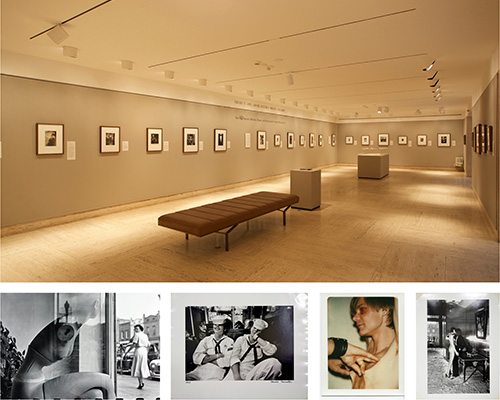 This spring the Chazen Museum of Art housed The Wet Archive, an exhibition that invited attendees to encounter photography queerly. Subtitled History, Desire, and Photography’s Liquid Intelligence, the show complicated notions of the image as static and knowable and insisted upon photography as a “wet”—liquid, slippery—medium. In its insistence on the conceptual, the exhibition effectively reimagined the space of the museum gallery—so effectively, in fact, it led to some tensions with the Chazen.

Organized by a team of PhD candidates and advanced undergraduates with the oversight of UW-Madison Professor of Visual Studies Jill H. Casid, the exhibition proposed that the gallery return to the more liminal space of the darkroom. In opposition to the moving images of film, photography is often thought of as a static form, but, as stressed by The Wet Archive, the photographic image is volatile, subject to morphing over time. By invoking a version of the darkroom where images are in process and still emerging, the exhibition emphasized the mercurial nature of both the photograph itself and the viewer’s encounter with it.

Made up predominantly of images from the Chazen’s permanent collections and including work by Claude Cahun, Andy Warhol, and Helmut Newton, among others, the exhibition stretched across a number of historical milieus to archive a queer past persistent with desire for ambiguity and crossings. Oscar Wilde stared out, bemused, from an 1882 cabinet card, placed near a 1975 Newton photograph of two female models on a Parisian street, one of whom presented a sleeker, haute-r version of Wilde’s original dandy. This adjacency seemed to suggest a trans-historical (and transgender) reading of the dandy, as both figures resisted the fixity of their own frame; at the same time, they remained elusive, flirting from a knowing distance.

Throughout the exhibit, objects, bodies, and identities exceeded the boundaries of the frame, resisting a full or stable “read,” even as we found ourselves drawn to their intimacy: in one of Warhol’s Nude Model (Male) Polaroids, the model’s expression, shown in profile as his nipples were clenched in another man’s fists, may have been a grin, a grimace, or both. Images by Cindy Sherman and Claude Cahun made a case for authenticity in artifice, plurality, and play. And Ralph Gibson’s Doorknob presented a handle that was also a vulva. Here, even objects defied the closet of fixed identity.

Presumably riffing on the exhibition title’s erotic connotations, the headline of a negative review has posited that it “leaves viewers limp.” Leaving aside this headline’s strange conflation of “wetness” with erection, what the review overlooked is precisely what was most exciting about The Wet Archive: that is, how dynamically its titular wetness was defined. Describing not only the desire provoked by the photographic encounter, “wet” here extended also to the liquid skin of the image and its slippery mutability over time. As a surface, these images seemed to accrue moisture, light and darkness both becoming liquid: Larry Clark’s Acid, Lower East Side, for example, presented a street wet with night, its unknown desires taking new form in each encounter.

Framing photography in conceptual terms, The Wet Archive posed a critique to standard museum conventions of curating along biographical and/or historical lines. The wall text, elegantly written, did a superb job of placing each image into this conceptual context, foregrounding idea and interpretation over biography (though history and experience were not absent from the show).

According to the curatorial team, the show’s textual framing prompted significant pushback from the Chazen, who “made persistent attempts to block” it. Moreover, the show’s status as student-run was presented by the Chazen as not a strength, but something of an embarrassment. Ignoring the approved copy provided by the team, the museum seemed to distance itself from the show by presenting it as “a class project.” The direct result of such condescending framing is its echo in the aforementioned negative review, which unfairly dismissed the show as a self-congratulatory “student project.”

As the team pointed out in their letter to the editor in response to that review, the students involved are hardly the naïve dilettantes the critic makes them out to be, but PhD candidates and advanced undergraduates who represent a range of job experiences and areas of expertise. But the larger issue here is the condescension leveled without question at the idea of students as “real” curators, as though students are always already frivolous and unserious, as opposed to potentially visionary sources of new ideas about art. This reflects what seems to be, troublingly, an increasingly popular construction of the student (especially the adult student) as childish, self-indulgent, and over-idealistic. This same construction is seen in the recent pillorying of students who have sought to bring trigger warnings and safe spaces into institutions of higher education and the more widespread disregard for the arts and humanities and, per the state’s own governor, the university overall.

Students should be rethinking and reshaping the institutions they are inheriting, and The Wet Archive’s intervention in the Chazen’s curatorial tendencies is a sparkling example of this kind of revisionary approach. While the exhibition is no longer showing in its gallery space (it closed on April 5), it is archived in full on the team’s web site, wetarchive.wordpress.com. Here we are invited to encounter its images again and again, producing slippery new meanings each time.