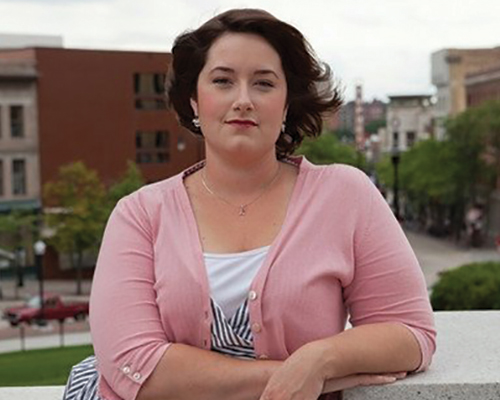 “Senator Tammy Baldwin.” That has quite the ring to it, doesn’t it?

Ten years ago, I got my first political job working for Congresswoman Tammy Baldwin. Tammy was running for her third term in Congress; Ron Greer was our opponent. His entire platform centered on the fact that Tammy was a lesbian and therefore unfit to lead.

I thought of this as I stood in the ballroom of the Monona Terrace on Tuesday, November 6, 2012, as Senator-elect Tammy Baldwin strode out onto the stage to deliver her victory speech. Only ten years ago, her sexual orientation was the entire reason someone ran against her.

In this election, the best the opposition could come up with was a video of Tammy. In it, she was DANCING. At a PRIDE festival. To the song “Wonder Woman.” Totally shocking, I know.

The e-mail from Thompson’s campaign staffer in which he shared the video included a snide question about whether or not Tammy represented “Heartland Values.” It was to be the theme of her Democratic National Convention speech that evening.

Well, I guess he got his answer: ABSOLUTELY, YES.

Tammy often quotes Dr. Reverend Martin Luther King Jr.’s statement, “The arc of the moral universe is long, but it bends toward justice.” Somewhere on that arc there must be room for a little bit of irony, because the same voters who six years ago approved a hateful referendum banning marriage equality and civil unions just elected a lesbian—and not just any lesbian, but one who dared dance in public at a pride parade.

I think this demonstrates that the people of Wisconsin are in a particularly interesting place when it comes to LGBTQ equality. We don’t all agree on the theory, the faceless issues with confusing acronyms. But when we know someone who is lesbian, gay, bisexual or transgender, the issues are transformed into human beings with hopes, dreams, fears, responsibilities, and everything else that we all feel.

The voters of Wisconsin still aren’t ready to vote in favor of full marriage equality, but they will vote for a lesbian and they will elect a president and vice president who are the first in our nation’s history to support marriage equality and inclusive nondiscrimination laws.

That’s the true victory for equality in Wisconsin, and that’s the difference six years can make—six years of sharing stories, making connections, and organizing our communities.

Wisconsin wasn’t the only state making significant gains on Election Day. Maine, Maryland, and Washington voters passed marriage equality, marking the first time marriage has passed by popular vote. Voters in Minnesota did what no state has been able to do before: defeat an anti-gay referendum.

These four state victories are the first time that this movement has ever won at the ballot box. We still believe that inalienable rights and equality should not be put to a vote, but the fact that these issues can succeed by popular vote in such diverse states sends a strong message that the majority of our citizens are now willing to stand up for fairness and equality.

Iowa voters re-elected the last Iowa State Supreme Court Justice who ruled in favor of marriage equality in 2009. Just two years ago, three justices were ousted because of that landmark decision.

Finally, our country elected the first president and vice president who support full marriage equality and protections for transgender individuals.

And one short week after the election, Paul Ryan’s hometown of Janesville, Wis., passed domestic partner benefits for their city employees.

The message is clear: Achieving equality is not a matter of “if,” but “when.”

However, there is a significant disconnect between the gains we made on equality issues and who we elected to the Wisconsin legislature on November 6.

Many of our state elected leaders need to catch up with the voters of this state, and they need to do it quickly. Marriage equality is becoming the deciding issue at the federal level. A recent poll conducted by Community Marketing, Inc. indicates that 90 percent of LGBTQ voters voted to re-elect President Obama.

Additionally, half of the voting population is made up of what the Voter Participation Center calls “The Rising American Electorate.” This group includes unmarried women, people of color, and young voters. Historically underrepresented in our democracy, these voters represent the largest growth in the electorate, and they tend to vote for fairness and equality.

Not only is marriage equality gaining traction at a rapid pace, but the electorate is also in the midst of a significant transformation. Wisconsin’s state officials need to take heed of that change and figure out a way move beyond LGBTQ equality as a wedge issue, or an issue we don’t discuss at all, and find a way to move forward together.

I believe that ten years from now, we will see November 6, 2012 as a pivotal day in the LGBTQ equality movement. It wasn’t the day we achieved full equality, but is the day that makes that hope an eventuality.