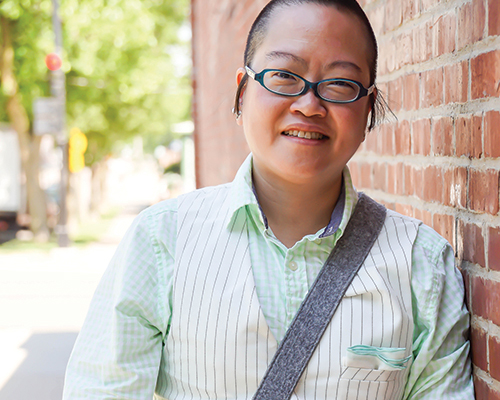 MADISON, WI – At my core, I’m really a big nerd. I also believe in trying to do what I can to help the world and my community. It’s why I switched from researching atmospheric chemistry to practicing law, so that I could better advocate for environmental protection. Even though I now teach law fulltime at the U.W. Law School, I still do as much legal volunteer work as possible. I’ve written a number of amicus briefs in environmental cases, mainly before the Supreme Court and various federal appellate courts. One of my proudest moments was representing many prominent climate scientists in Massachusetts v. EPA, where the Supreme Court held that the Environmental Protection Agency could regulate greenhouse gas emissions under the Clean Air Act. And recently I worked with a group of environmental law professors to draft a regulatory comment to respond to the EPA’s general proposal to withdraw existing environmental regulations.

It turns out that many of the same skills I have with regulatory and statutory interpretation can be used in other areas, so I’ve been trying to use those to help the LGBTQ community to which I belong. In the past, I’ve overseen students who helped provide background research for the legal briefing in McConkey v. Van Hollen, a challenge to the anti-same-sex marriage referendum in Wisconsin. We lost (alas), but at least my law students got a chance to tackle the various legal precedents that existed. And more recently, I was especially excited to serve on the U.W.-Madison Ad Hoc Committee on Equitable & Inclusive Health Care, which was charged with developing a university policy statement that better supports health care for HIV-positive and transgender members of the university community. I’m happy to say that—even with various state agency setbacks around withdrawing transgender healthcare coverage—the U.W.-Madison Faculty Senate unanimously approved a motion adopting our recommendations. Now, as one of the new co-chairs of the university LGBTQ faculty/staff/student committee, I’m working with the university administration to explore insurance top-up options to ensure that HIV antiviral drugs are more affordable under our insurance policy, and that transgender medical treatments are fully covered. A lot of this, in turn, entails looking at state and university regulations to see what is available. We’ll see where this goes!

In the end, what I want to say is that there are many, many ways to help our community. Some of it is more in the public eye—taking leadership positions, rallying the community, building coalitions—and I absolutely admire those who can do that. But some of it is just really technical wonky stuff that also needs to be done. That’s what I try to do, even though it’s not really sexy at all. (I’m single, by the way!) Join me in the nerdtivist world.