Relationships in the Grindr Era 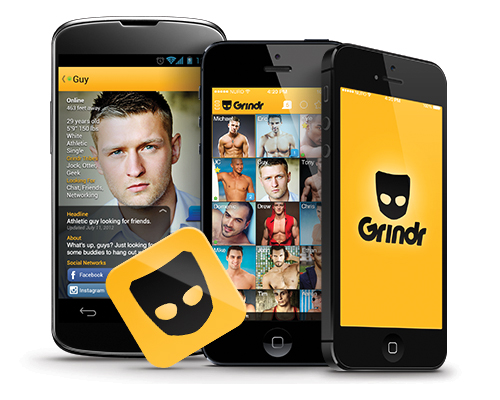 Grindr, Scruff, and other GPS-based social networking apps for gay men have increased access and exposure to both friendships and hookups all across the globe. Instead of making eyes at someone or striking up an in-person conversation to gauge interest, we can now simply browse photos of nearby guys on our smartphones. Statistics recently released by Grindr show that there have been more than ten billion app downloads from the United States and more than 190 other countries. More than 38 million chat messages and three million photos are exchanged daily on Grindr.

But how do these mobile technologies affect gay individuals specifically and the gay community as a whole? And, perhaps more important, how are the latest technological advances affecting the types of relationships we are seeking?

With such widespread global and local popularity, it’s clear that these GPS-based apps offer certain benefits to users. There’s something kind of magical about digital gaydar, particularly because it can sometimes be hard to tell if the guy you are into is also into guys. It can feel less lonely to know there are other members of the community all around you, accessible with just a couple taps on a smart phone. There is also the opportunity to make new friends and seek potential mates for a dating relationship. For people in the market for single-serving sex, Grindr offers a way to make that happen.

While the accessibility and anonymity of Grindr provides the opportunity for increased connection, in some ways it can also simultaneously create disconnect from ourselves and the very community in which we seek to be connected. A virtual identity is most often a representation of who we want to be, not who we really are. This can lead to an entire virtual community of people who are not real, which can be a pretty lonely place. Many people create a profile that they can’t live up to in person—further perpetuating their own insecurity and negative self-image. And when we get into the habit of lying to ourselves, it becomes easier to lie about other things, including sexual health and relationship status. Even though the app is free, it’s important to consider the other potential costs.

The dissonance between real and online identity also helps to create a larger context of criticism and negativity projected onto others. This online playground isn’t always a fun place. Expressions of internalized homophobia, overt prejudice, and micro-aggressions based on race or ethnicity, disabilities, body type, weight, age, and appearance further marginalize both ourselves and members or our own community.

Managing Your LTR with Grindr

The excitement generated in response to the “buzz” of a Grindr message can feel great in the moment; however, it can just as quickly shift to a sense of rejection if the person on the other end loses interest or stops responding. The pleasurable feeling we get from sexual attraction and excitement is caused by dopamine, a neurotransmitter that activates our brain’s pleasure center. Dopamine feels good, and because we are creatures of habit, we seek more of it—sometimes impulsively. Relying too much on Grindr for dopamine doses can activate a compulsive drive to stay online, to the point where it consumes free time and interferes with sleep, work, friends, family, and other relationships.

The average Grindr user spends 90 minutes each day using the app, which equates to 45 hours per month. That’s a full workweek, plus five hours of overtime. We are continually distracted by the glowing screens on our devices, not only from the people around us but also from ourselves and our real-world relationships, even though those same devices can also make our lives and schedules easier to manage.

The seemingly instant gratification of relationships in these online virtual communities comes with the reality that those relationships may be based on misrepresented and mistaken identities. It’s important to wonder if your online identity is really who you are or if it’s a guise that keeps you from forming the type of relationships you want. Some people develop a false or exaggerated online persona as a defense mechanism in reaction to past hurt or rejection. Embracing authenticity in who you are and what you want is an act of vulnerability that is uncomfortable at first but can ultimately lead to healing and strength.

Remember, easier doesn’t necessarily mean better, and moderation is key. Relying only on digital gaydar can mean you might be looking down at your phone at the very moment the man of your dreams walks by attempting to make eye contact but is unable to penetrate your fixed stare on the glowing screen of your Grindr-vibrating smartphone. n

Alex Einsman is a licensed marriage and family therapist at Atlas Counseling. He holds a Masters of Science degree in Marriage and Family Therapy from Edgewood College.