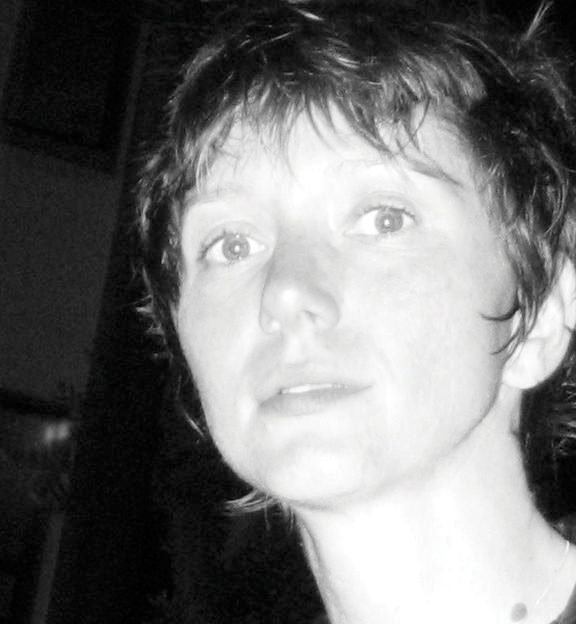 I worked for a lesbian press in the early 90s in Havana, Florida, a few miles from Tallahassee. I was, for a time, the “fulfillment manager,” (still my favorite title), and stood packing books in the stifling garage that was our packing room. Our UPS driver was like a member of a landing party on Star Trek—there to observe and not interfere with the natives of our strange planet. He and I mostly made small talk that avoided our peculiar business emphasis. But one day a title caught his eye—World Without Men by Valerie Taylor.

Over his next few visits, he’d try to engage me in conversation about the book until one day, exasperated, I offered to give him a copy but he repeatedly refused. At some further point, he became reassured that we weren’t plotting to do away with all men, including him, and his attention went back to weather, other strange customers, and family. I think about him every once in a while, and wonder what makes him nervous these days. For myself, I have plenty of things.

At the time Valerie Taylor was writing she lived in a world without so many of us—the worlds of power were largely worlds without women and Blacks and people of color and gays and lesbians and trans folk and people who were differently abled. Though I still haven’t read World Without Men, I have to admire that Taylor was creating a little space to contemplate the inverse of what was taken for granted. By doing this, she was making the world without us visible to everyone.

Now, as we live in a world mostly without people, we are confronting the damage a world without us has caused and will continue to cause. Even introverts seem trapped in the quicksand of nostalgia for a time when we gathered by the thousands to watch other people play sports, pretend to be other people, or play instruments very loudly. It turns out all of that is comforting, even if you don’t go in for it yourself. We can’t tolerate this world anymore. The horrors of systemic racism, unrestrained capitalism, and mass incarceration are laid bare for even the most obtuse among us.

In this time of COVID compounded by lack of leadership (we should always be clear that our government’s official response has caused this enduring limbo as we watch all of the other nations go out to play, learn, shop, work), we are stuck—politically, emotionally, socially, economically, and, it seems, even artistically. So many friends have said to me that they can’t create because what’s the point, really? This new context has made our former plans and dreams feel foolish.

We are being called now to do our most important work, work that is vital not only for our own selves, our own communities, but truly for the good of the country. We need to imagine a world with, because that is the first step to making that world possible, to making it just. We need to honor the work of those who had to subtract to make room for us and we need to do the work of adding to make room for everyone.

We are all weary and scared and angry. But we have work to do. And we have each other, even if we have to create the connections with stories and poems rather than casual presence and touch. In our isolation, we need to think of literature as the official record of our common humanity and think about how we help make that record complete—a world with.

Hope to see you all on the other side.