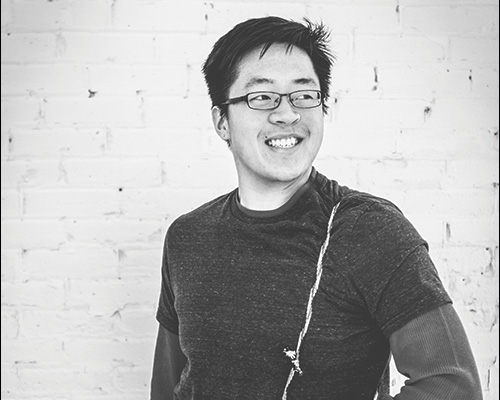 With a snap I awake to the abrupt sound of two guys with Jersey accents talking about cars. Silently cursing, I slowly peel myself out from the warm cocoon of the covers and turn off the radio alarm clock. It’s six a.m. on Saturday morning and time to go to practice. I chug some coffee and drive to the roller rink.

For the umpteenth time today, I’m sprawled out on the floor after taking a hit. My wrist guards smell like cheese—and not the good kind. There’s a bruise on my ass that looks a bit like the Mona Lisa if you squint your eyes and tilt your head just right. I start to wonder if maybe my teammates have been slipping a little something extra into the electrolyte water they keep raving about because only crazy people would prefer getting knocked around on a Saturday morning over sleeping in. Despite not being religious or even spiritual, this is my Church. When I’m on skates, I touch the divine.

Some describe their practice space as the Church of Derby because it’s the only thing that gets many of us up out of bed early on a weekend. It’s meant in jest, but there is some truth in comedy. Much like the Church, roller derby provides a mission, common sense of purpose, and community. It feels more like an extended, chosen family than a league.

Roller derby is a revolutionary sport in that women lead the way as players and leaders. Not only that, it’s far and above more progressive than any mainstream sport when it comes to its LGBT-identified players. Since the beginning, roller derby has been a sport rooted in the counterculture; a space where non-traditional athletes could flourish.

In November 2015, the governing body of roller derby, the Women’s Flat Track Derby Association (WFTDA), released a statement on its gender policy clarifying that no member league would discriminate based on gender or hormone levels. The WFTDA added clarification that anyone who identifies as a woman or gender expansive individual, sometimes referred to as non-binary or genderqueer, is welcome to participate without requiring intrusive documentation or hormone level checks. In a time and age where trans* individuals still face major discrimination, this forward thinking policy is nearly unheard of. In contrast, although they recently updated their recommendations to get rid of surgical requirements, the International Olympic Committee still requires transwomen athletes “prove” that their testosterone level has been below a certain cutoff point for at least one year before their first competition, and has a spotty track record when it comes to the treatment of transgender athletes in general.

Growing up, I was un-athletic and queerer than a flaming rainbow. Not surprisingly, I didn’t find myself involved in sports. Even to this day I’m not entirely certain whether a tight end in football is a player position or a reference to a nice bum. Roller derby, as a relatively recently revived sport, is perfect for people who don’t have extensive athletic backgrounds because everyone who plays has just picked up the sport sometime within the last decade or so. The exciting thing about roller derby is that it’s a constantly evolving sport.

As a kid I didn’t have the vocabulary to express my queer identity and simply accepted the label of tomboy. I loved playing rough and tumble with the boys and was happy to just be one of the guys, if more on the effeminate side. Then puberty happened and the sex segregation that was already apparent as a young child become even more stark as an adolescent. I found it difficult to navigate the world as a masculine-identified person with a feminine physical appearance. While nobody perfectly embodies society’s gender roles, most cisgender people (those who identify with their birth sex) are like puzzle pieces being put in the wrong spot, but are close enough to fit into place with enough manipulation. I was that puzzle piece with three round tab pieces trying to be forced into a spot with two tabs.

Luckily, I didn’t experience the intense dysphoria many trans* people face where parts of their body feel foreign and incongruent with their mental image of themselves causing extreme mental discomfort. For many years I resigned myself to living in a female body because I didn’t think I was “trans enough” to transition. At the end of 2015 at the age of 25, I finally decided to start transitioning from female to male. I owe my personal journey of self-acceptance in no small part to the culture of acceptance I found in the Madison derby league. Even now as I’ve taken on the appearance of a young man, complete with weak moustache and all, there has never been any doubt that they would continue to welcome me.