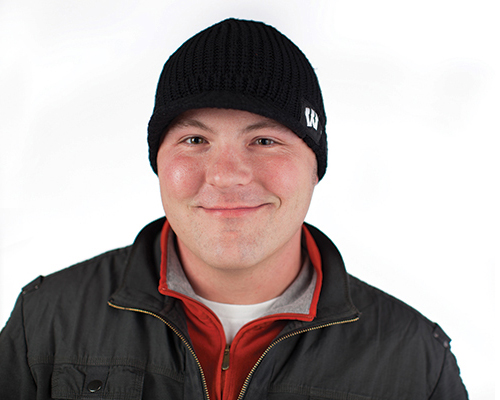 What makes you from somewhere? Is it the place you were born? Is it where your parents live? Is it where you attended school? I’ve always struggled when asked this because I’ve never landed on a single place that I feel I can say with complete honesty.

Most often, the place I’ve said has been Merrillville, Indiana because that was where I was born and where I lived with my family. But it doesn’t always feel right because growing up gay there limited my ability to attach myself to anything. As I became aware of my sexual orientation, the walls I began putting up to keep my secret safe also blocked me from building the relationships that would provide a “home” connection. I ran away as soon as I finished high school.

The next place that I often wonder if I could be from is New York City. For years it has had a magnetic pull in my life. I lived in NYC three separate times, for almost a decade total. I first arrived as a lost teenager looking for somewhere that valued people who felt different. I even spent a little time sleeping on the streets. But New York is also where I found my way into a career that brought strong and enlightening role models into my life. It is where I met Joe Patane, one of my best friends and life mentors. Joe helped connect me to a network of peers that became my first true friends—the first who had the chance to accept me as a whole person. I also met other out gay people for the first time, all because someone connected me to a gay ice hockey team. I did a significant amount of my growing in New York—professionally, personally and emotionally. Yet none of these things gave me a sense of belonging. Maybe that was never something I had learned how to see or feel to begin with.

Between my three times in New York came a string of other places: a few months in Boston, a few years in Seattle, a season on a fishing boat in Alaska, and even some time with a tribe in West Africa. But these were always just places I lived. It wasn’t until I fell for a Russian and followed him to the edge of Siberia that I came to realize I was a chronic runaway. When life would feel too overwhelming, I would hit reset and start over somewhere else. I don’t think this is uncommon for LGBT youth, especially youth from small towns where supportive people and resources are few and hard to find. In my case, it always felt like I was running towards something bigger and better. I never stopped to consider that there might be something I was running from, or that my shadow could also run just as fast as me. How do you remove a shadow? You shine a light on it.

After this realization about myself, I desperately wanted to heal and find a place to grow roots. I believed that for me to continue growing as a person I needed to learn how to settle down and move on to what comes next: experiencing what life without a reset button feels like. I chose Madison because it felt like a Midwestern intersection that was somewhere between my suburban and city lives. I also thought that part of breaking the cycle of running away would take owning who I am in the part of the world I originally left. I was finally out now and thanks to that gay hockey team, I was also on the road to feeling proud about my own gay identity. I saw Madison as a place where I could be all of those things at the same time and feel both normal and whole. All of the pieces of my identity that I had collected on this journey fit here, so it felt like it was time to go “home.”

This next part might surprise you—it certainly did me. My early life in Wisconsin did not turn out to be the fairy tale that I imagined. I might go as far to say that my arrival and first few years here rate as some of the hardest of my life. A reality that I learned hard and fast when I arrived was that the life I imagined didn’t exist here. I mean, all of the pieces were here, just none of the work to put them together had been done yet. In New York I had worked for LGBT media and that experience quickly became my foundation for how you connect to a community. There was no LGBT media here. Also in New York, that gay hockey team was a lifeline that saved me from isolation. There was no gay hockey team here either. I reached my stress threshold quickly. In the past this is where I would hit the reset button and just try moving somewhere else. However, this time I was committed to pushing through and making Madison work. On a deeper level I remember feeling desperate—like if I couldn’t make it work here, then there was no hope for me. Those feelings turned out to be some of the darkest I’ve ever had in my life.

When we need something, our ability to problem solve is extraordinary. For me, breaking the cycle of running away is what I imagine going through a drug withdrawal would feel like. The urge to run was there daily, sometimes hourly. The solution I found was to create a kind of spiderweb—something so interconnected that the more I struggled to break free from it, the more stuck in it I would become. My spiderweb took the shape of the things I needed most—an LGBT hockey team and magazine. So I went to work building the Madison Gay Hockey Association and Our Lives magazine. Both required incredible amounts of personal honesty and local relationship building, and both helped to draw out my own authentic identity. Unexpectedly—it almost felt like magic—I discovered that once I had the strength and support to break the cycle of running away, what lied on the other side was happiness. I found a sense of place, of belonging, and ultimately I found in myself a person who is OK and open to loving who he is, and ready to be loved for who he is.

I bought my first home last year and dove right away into remodeling it and creating my nest. I fell in love with someone capable of loving me for me. And, as of this year, I’ve also now lived in Madison longer than I ever lived in New York. I take all of these things as signs that I’ve finally found my “home.”