Standing On Many Strong Shoulders 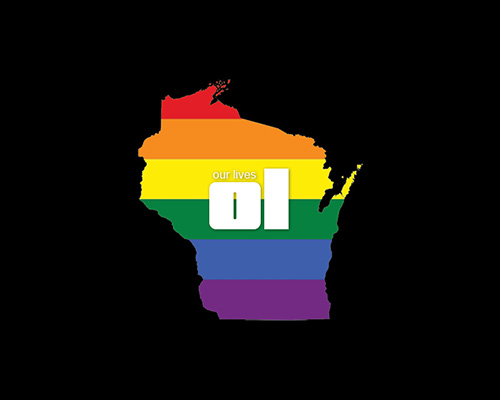 Achieving marriage equality in Wisconsin did not happen overnight, alone, or in a vacuum. It has been a multilayered process spanning more than a decade and has resulted in not just the extension of marriage to same-sex couples but also a fundamental change in our society.

Equality, after all, is not just about “rights” but about the way we are all able to live our lives: free from harm, with dignity and respect.

Since 1994, Fair Wisconsin (then Action Wisconsin) has been at the forefront of the LGBT equality movement, particularly around marriage equality. We’ve been fortunate to work with some of the brightest minds, legal experts, and movement strategists. To name them all would fill this magazine. This is not an exhaustive list of those who deserve special recognition in light of the recent marriage equality victory, but it includes a few of the individuals and organizations without whom marriage equality would not have been achieved:

•Governor Lee Dreyfus and Rep. David Clarenbach, who, along with a bipartisan group of legislators, passed the first law in the country that protected LGB people from discrimination in 1982.

•Senator Tammy Baldwin, whose vision for equality created a movement and whose bold leadership created a path for openly LGBT individuals to run for higher office.

•Tamara Packard and Lester Pines, who are the brilliant attorneys who have shaped so much of the legislative and legal strategies, both behind the scenes and in the public eye.

•Mike Fitzpatrick, who has served on the Fair Wisconsin Board of Directors since our founding and has ensured we have a truly statewide presence.

•The hundreds of activists who traveled to remote parts of Wisconsin in 1997 to testify against Assembly Bill 104, the anti-marriage equality legislation predecessor to the constitutional ban.

•Chris Ott and the countless Fair Wisconsin staff over the years, whose passion and commitment have fueled the movement.

•Governor Doyle and the legislative champions who were fearless in their opposition to the constitutional amendment in 2004 and 2005, a time when it was not politically advantageous to stand on the side of equality.

•The more than 14,000 volunteers who called and knocked on the doors of tens of thousands of voters in 2006, sharing their personal stories and reasons for standing up for equality.

•Glenn Carlson, without whom Fair Wisconsin would not have survived following the 2006 amendment campaign.

•Congressman Mark Pocan, whose legislative skills were critical to preserving the domestic partnership registry included in Governor Doyle’s 2009–11 budget, marking the first pro-fairness victory in Wisconsin since our 1982 nondiscrimination law and an important step forward just three years after our marriage ban was ratified.

•Lambda Legal and the five couples who joined Fair Wisconsin in defending the statewide domestic partnership registry from Wisconsin Family Action’s attempt to use the 2006 amendment to strip even the most basic of legal protections from same-sex couples.

•The local elected officials and advocates in communities across the state who passed equal employment benefits and nondiscrimination ordinances to protect their LGBT constituents when our state legislature would not.

•The ACLU of Wisconsin and their plaintiff couples for filing their successful lawsuit challenging Wisconsin’s ban on marriage equality.

At Fair Wisconsin, we’ve been honored to work with so many leaders and activists for the past 20 years, and we look forward to continuing our work together to advance LGBT equality in the years ahead.