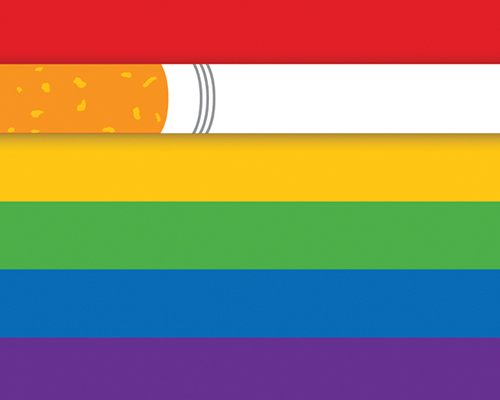 I have loved smokers my entire life, while hating that they smoked.

I grew up surrounded by smokers. This has led to a weird juxtaposition of scent, taste, and sight memories for me. Butane from a Zippo lighter reminds me of fond summer days playing cribbage with my grandfather. Leather and stale cigarettes remind me of the scent that greeted me every time I snuck into my mother’s purse for a piece of candy.

At the same time, I can also clearly remember the disgusting taste of sipping on an old soda someone had ashed in earlier without me knowing. I will always remember seeing my aunts and uncles sitting around a kitchen table at night playing cards and loving how the hazy cloud of smoke hung above and around them like they were giants in a cloud. I also remember seeing my mother and my grandfather with tubes and air tanks to help them breathe, and how different my aunt looked once she had her breasts removed.

These memories, good and bad, stick with me, and unfortunately, for some of the people mentioned above, memories are all I have of them now.

I consider myself lucky, though. I never started smoking. As a kid, my siblings and cousins would join me in giving all our family members grief about smoking. As we got older, one by one, I lost my allies in the fight against tobacco to the substance itself. One by one, my siblings and cousins also took up the family habit. The people in my family who smoked all said they wanted to quit, that we kids should not start, and that it is hard to quit. This was part of my childhood, and something I had hoped would be different as I got older.

I started to come out of the closet when I was 17, and I quickly made close friends with other LGBT teens. I saw that the family habit I grew up with was also part of my new LGBTQ family, as most of my new friends also smoked. I had learned from many previous years of trying that telling people I did not like them smoking and that I thought they should stop was not effective. Instead, I wanted to learn as much about tobacco as I could.

Flashing forward 20 years, I now know more about tobacco and how it affects the LGBTQ community in particular. Like most folks, I previously knew that smoking tobacco increased rates of cancer, cardiovascular, and respiratory diseases, but now I know that it also produces impotence and accelerates the aging of the skin.

Nicotine as a drug is incredibly addictive, which can make it hard for folks to stop. On average, it takes a person seven to eight quit attempts before stopping for good. Additionally, while quitting smoking cold turkey is popular, using nicotine replacement therapy, like the patch or nicotine gum, can greatly increase someone’s chances of being successful.

I also know how smoking tobacco affects the LGBTQ community. Around 40% of LGBTQ people living in Wisconsin identify themselves as smokers. In general, we see that people who report high levels of stress also tend to report higher levels of smoking. We see this pattern to be consistent in the LGBTQ community. LGBTQ people tend to report more stress in their lives due to the stigma and discrimination related to their sexual orientation. This is known as Minority Stress and is one of the leading risk factors for smoking among LGBTQ people.

Aside from Minority Stress impacting the lives of LGBTQ people, the tobacco industry specifically targets them. For example, tobacco products often are one of the top five advertisers in queer magazines and newspapers. The tobacco industry also targets their advertising around events that LGBTQ people are likely to participate in, such as the arts, gay festivals, and bars.

In 1999, Philip Morris gave $60 million to groups important to LGBTQ people, such as AIDS service organizations, and then spent $100 million advertising their “generous” contributions. Just this last year, Newport, a cigarette company, was offering an “exhibit” at Pridefest in Milwaukee to encourage smokers to stay addicted and to draw in new lifelong customers. Although it is no longer legal to hand out free samples of cigarettes, Newport found a loophole and handed out packs for $1.

A piece of good news is that reports show young people are becoming less likely to start smoking cigarettes, but we are not out of hot water just yet. While cigarette use has been dropping, E-cigarette use has spiked. We do not know as much about E-cigarettes as we do tobacco cigarettes, but the little we do know is that it is not good for you and some of the flavor additives that manufacturers add can cause respiratory issues, as these chemicals have been FDA approved to ingest like food but have not been for inhalation. The often-sweet flavors themselves also entice young people to start up.

Throughout my life, I have learned that I can and do absolutely love people who smoke, and I will support them in their efforts to quit, if that is something they want. My biological family has grown in the past 20 years of my learning, and now many cousins, siblings, aunts, and uncles have quit smoking. My biological family has been working hard to quit. Now I just need to help my LGBTQ family see the issue at hand and, once and for all, quit the family habit.

Anthony Harris is the Statewide Program Manager for Diverse & Resilient. He has a Bachelor of Science in social work from the University of Wisconsin–Milwaukee.