The Fight for Prevention 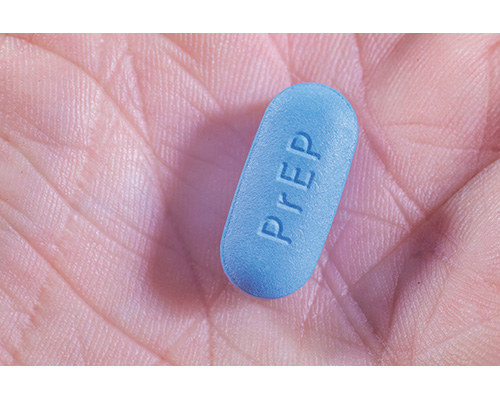 Over the past year there has been an outpouring of information around pre-exposure prophyslaxis (PrEP), and the effect that widespread use could have on new HIV diagnoses. PrEP is a low dose of the HIV treatment medication Truvada that is used by HIV positive individuals to maintain viral suppression.

PrEP has been featured in recent news stories, discussed among celebrities, cameoed on popular television shows and widely researched in the medical community. New research has shown that if taken once daily as prescribed by a physician, PrEP reduces the risk of getting HIV from sex by more than 90%. With less than optimal use, the efficacy percentage drops to the mid-70s.

Experts in the field of HIV/AIDS prevention have emphasized that PrEP is a crucial new weapon in the fight against HIV/AIDS both in the United States and on a global level. Many people speculate that this new tool could aid in the end of new HIV diagnoses, and, ultimately, the end of HIV/AIDS. Unfortunately, despite its researched and proven effectiveness, there are significant barriers experienced by some of the most at-risk communities to successfully accessing and utilizing PrEP as a prevention tool.

During 2014, 226 new cases of HIV were diagnosed in Wisconsin; 78% were men who have sex with men (MSM) and one in four were Black MSM. Young Black MSM accounted for almost 22% of all new diagnoses in Wisconsin. This community is at the highest risk for HIV transmission and, unfortunately, they are often the hardest to reach. With countless social, structural, and individual factors, this community struggles with barriers to healthcare access that are far more complex than simply going to a doctor for a medication.

As part of a larger study through the University of Wisconsin-Madison on identifying the important barriers to the adoption of pre-exposure prophylaxis (PrEP) by Black MSM in Milwaukee, Diverse & Resilient conducted a Community Readiness Assessment. Diverse & Resilient is a public health agency that focuses on the health of LGBT people in Wisconsin. The purpose of this research was to collect and evaluate data on the social and structural barriers that prevent the most at-risk communities from successfully accessing and utilizing PrEP.

Community members, and individuals in their social networks, were interviewed. The data was compiled, analyzed and broken down into key themes. The results were compelling.

According to the findings of this study, there are six key barriers that members of the African-American MSM community in Milwaukee experience when attempting to understand, access and utilize PrEP.

Community attitudes surrounding HIV/AIDS and homosexuality prevent people from supporting PrEP. Numerous beliefs held by community members were identified as barriers to support for PrEP; these beliefs range from general apathy towards the issue to more targeted moral oppositions towards PrEP and homosexuality. Some people don’t care about the issue because it doesn’t affect them personally. Additionally, some people feel that HIV is a result of bad choices and people deserve it. Finally, some think PrEP perpetuates risky sexual behaviors or condones behaviors that they are morally opposed to.

Stigma and fear of stigmatization prevent sexual orientation, sexual behavior, HIV and the use of PrEP from being discussed in the community. People within the community may be afraid to publicly show their support for PrEP because, by doing so, their sexual orientation would be called into question. Additionally, there is a fear that by taking PrEP people would assume that they are HIV positive. Attitudes and stigma persist that people who are taking PrEP participate in more risky behavior and are often labeled as promiscuous.

People don’t know about PrEP, especially if they are not concerned about HIV. Knowledge and awareness about PrEP is limited to people working in HIV prevention. Misconceptions about HIV and PrEP are widespread and the community needs more education about both to better understand what it is and how it works.

Successfully getting and keeping individuals on PrEP is difficult due to many logistical barriers. Getting on PrEP and staying on PrEP requires regular doctor visits for blood tests (every three months). For people who are not already utilizing the healthcare system, transportation to multiple appointments can be difficult. PrEP can be very expensive and while there are insurance programs available to help make PrEP affordable, they are not well advertised. If people are not aware of these programs, the high cost of PrEP could be a deterrent. Support systems are crucial to getting people on PrEP and help them stay compliant.

Outside of agencies working in HIV prevention, Milwaukee leaders are not talking about PrEP. So far, not nearly enough outreach is being done to increase knowledge and awareness about PrEP or raise its visibility. When addressing the high-risk community it is so important that the messaging is relevant, avoids jargon and includes leaders who are relatable. Overall, people are not advocating for sexual health in Milwaukee and the little information about PrEP that is available is not enough.

These factors, and countless others, are continuously contributing to the battle against HIV/AIDS in the African-American MSM community. PrEP is an exciting new tool that will, without a doubt, continue to change the way we practice and promote HIV prevention; however, it is crucial to also recognize the new and existing challenges the most at risk individuals will face in gaining access to PrEP.