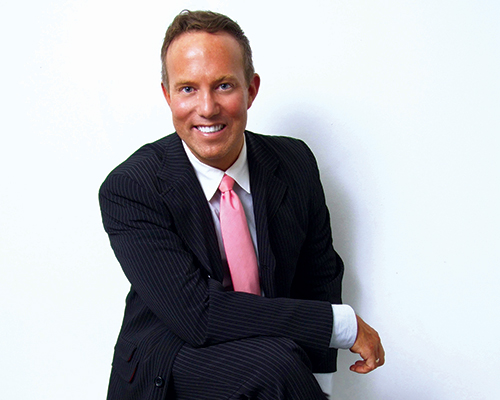 One of the most important rights of marriage, which is often overlooked or not discussed, is the right to divorce. The right to divorce not only allows the couple’s relationship to officially terminate, but it also offers protections to both parties regarding the division of property, the allocation of debts, and maintenance (our state term for alimony). The state has an independent interest, through its judiciary, in protecting both spouses in a divorce by making sure that the terms of the divorce are fair and equitable to each spouse. In Wisconsin, this protection, or state interest, is not applicable to same-sex marriages. The courts, to date, have taken the position that they cannot grant a divorce to a marriage that isn’t recognized as valid. What can a Wisconsin same-sex couple do if they wish to terminate their out-of-state same-sex marriage?

Some couples have decided to do nothing. The reasoning is that since the state of Wisconsin doesn’t recognize their marriage, there is no need to officially terminate the marriage. This may be shortsighted for several reasons. First, either spouse may move to a state that recognizes the marriage. Second, Wisconsin’s political climate may change in the future, and the ban on same-sex marriage may be overturned. Finally, the U.S. Supreme Court could decide this summer that the entire nation must recognize same-sex marriage, or alternatively, that federal benefits must be available to same-sex spouses. By doing nothing, the couple could physically separate, but if the marriage becomes valid at some point in the future, they could face worse legal problems if each spouse has accumulated property, incurred debts, or either married another person or entered into a domestic partnership. Doing nothing is not advisable.

Although it is relatively easy to travel to another state to marry, it is not so easy to travel to another state to divorce. Most states have a residency requirement of between six months to a year before a state will permit a spouse to obtain a divorce. The reasoning is that a divorce can involve significant judicial resources and time. The state has an interest in limiting access to this judicial process to those who presumably pay taxes to that state. The idea of one spouse leaving their home, friends, and employment to live in another state for the sole purpose of obtaining a divorce is generally not feasible.

The residency requirement is not an absolute rule. For couples who married in Washington, D.C., and then moved to a state that doesn’t recognize same-sex marriage, the District passed legislation allowing those non-resident couples to obtain a divorce in the District. However, the divorce cannot involve any disputes. Other states, and some provinces of Canada, are considering similar legislation.

The one legally recognized option available to same-sex couples who wish to terminate their marriage in Wisconsin is to file a petition for an annulment of their marriage. Many of the same issues addressed in a divorce can be addressed in an annulment. At first blush, it would appear that an annulment is the answer to the legal quandary for same-sex married couples in Wisconsin, but it comes with a price. First, in order for the marriage to be annulled, the parties must testify that the marriage is “void” under state law. As much as the couple may wish to be divorced from one another, they may be equally passionate about not claiming that the marriage was “void.” In reality, the term “void” in the annulment statute is a recognition that the state—not the couple—sanctions discrimination of same-sex couples. The term “void” for the couple doesn’t have to be synonymous with “meaningless.”

The second problem with an annulment is our “marriage evasion statute.” The marriage evasion statute makes it a crime for a couple to travel outside of the state to contract into a marriage that is not permitted in the state of Wisconsin. The statute has not been invoked in the context of same-sex marriage, nor was it passed with this intent in mind, but it could nonetheless pose a problem for some couples who testify in an annulment action that their marriages are void under state law.

If annulment is not an option, a less secure but viable option is for the couple to enter into a Marital Property Agreement. The Agreement would be a contract between the spouses that sets forth the terms of a divorce settlement if a divorce should become a legal option to them at some point in the future. As with any prenuptial or postnuptial agreement, there is no guarantee of enforcement, but it does indicate the intent of the parties and can be relied on by courts in the future.

There is reason to celebrate our border states’ enlightened legislation permitting same-sex marriages. Same-sex couples in Wisconsin may be quick to travel to one of these states to marry, but they should do so with the same consideration and deliberation that they would if the marriage were recognized in the state of Wisconsin. When 52 percent of opposite-sex couples are divorcing, there is no reason to believe that same-sex couples are immune from breaking up. Unlike opposite-sex marriages, same-sex spouses have far fewer options in terminating their marriages. Of course, if the U.S. Supreme Court decides in June that marriage is a fundamental right available to gays and lesbians, then the right to divorce will flow from the right to marry.

Christopher Krimmer teaches Sexual Orientation and the Law at Marquette Law School, and is writing a lawyer’s handbook on gay rights in Wisconsin for the State Bar of Wisconsin. His law practice focuses on nontraditional-family protections (b-rlaw.com).