The Intentionality of Wedge Politics 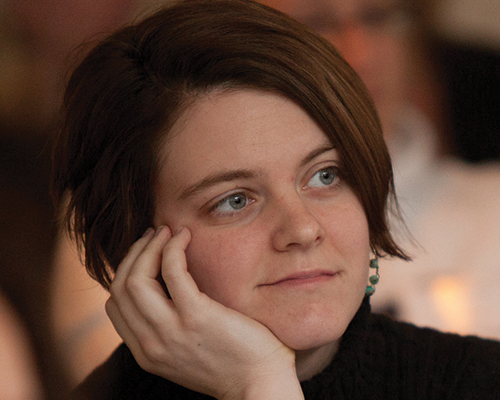 Several months ago I received an email that I had imagined would come sooner or later: A GSAFE supporter informed me he was no longer going to support our work because we seemed to be losing our focus on LGBT youth. Because we had talked about the murder of Travyon Martin and Stand Your Ground Laws as an alarming safety threat to the lives of young Black boys and masculine people (including Black LGBTQ youth) and talk openly about race and white privilege in all of our work, we were seen as not being LGBT enough.

At the same time, all of our work continues to focus on building the leadership of LGBTQ students, developing Gay-Straight Alliances, trainings educators on creating safe and supportive schools for LGBTQ youth, and advocating for policies that help ensure all LGBTQ youth can thrive in all Wisconsin schools. Our name is “Gay Straight Alliance for Safe Schools.” There is nothing about us that is not LGBTQ. Yet somehow, particularly with white people, there is some kind of perception that talking about race causes us to not be “as” LGBT.

While these moments and patterns are frustrating, they are not at all surprising. Such binary either/or thinking is precisely the agenda promoted for decades now by the power elite, those in power who are devising strategies to maintain power and privilege for wealthy, white, able-bodied, cisgender, heterosexual people. It’s such an intentional divide-and-conquer strategy, it even has a name—wedge politics. Wedge politics are strategies intended to have a divisive effect on one’s political opponents by emphasizing issues that polarize opinions along racial or other demographic lines. Wedge politics have been used to prevent Black women from obtaining the right to vote along with white women during the Suffrage Movement, to prevent Indigenous people from exercising their treaty rights by pitting predominantly white environmentalists against Native Americans, to prevent Proposition 8’s repeal in California, and to create a divide in countless other examples of movements throughout history.

The hard thing to recognize is that we all play into wedge politics. White LGBTQ organizations often shy away from connecting LGBTQ rights and racial justice, many people of color-led organizations fail to include LGBTQ people and issues in their organizing, and many LGBTQ people of color avoid engaging in either community because of the pain that is often experienced in those spaces. While we have different reasons for responding in the ways we often do, it is important to realize that we are all doing exactly what the power elite wants us to do.

In 2012, the Human Rights Campaign exposed the National Organization for Marriage’s multi-year plan to stop marriage equality in the United States. The following passage appears in NOM’s 2008-2009 board update:

“The strategic goal…is to drive a wedge between gays and blacks – two key Democratic constituencies. Find, equip, energize and connect African American spokespeople for marriage; develop a media campaign around their objections to gay marriage as a civil right; provoke the gay marriage base into responding by denouncing these spokesmen and women as bigots…

“The Latino vote in America is a key swing vote, and will be so even more so in the future, both because of demographic growth and inherent uncertainty: Will the process of assimilation to the dominant Anglo culture lead Hispanics to abandon traditional family values? We must interrupt this process of assimilation by making support for marriage a key badge of Latino identity – a symbol of resistance to inappropriate assimilation.”

Despite some clear stereotypes and assumptions in their strategy, NOM’s document clearly shows the intentionality of their strategy to drive a wedge between communities of color and white LGBTQ people.

Thus, many white LGBTQ people continue to talk about gay marriage as “the new civil rights issue” despite the fact that the racial civil rights struggle continues today and that these are different though interconnected issues. Having your people forcibly removed from their homeland, enslaved, raped, tortured, lynched, segregated, imprisoned, and impoverished for over 300 years through the present is not the same as marriage discrimination. Continuing to talk about LGBTQ rights as civil rights is incredibly disrespectful and marginalizing of the history and struggles of Black people. Yet many of us continue to use this very language fed to us by the power elite, perfectly using the wedge they have built for us.

At the same time, many heterosexual, cisgender people of color talk about LGBTQ issues as “a white people thing,” denying the real histories of LGBTQ and Two-Spirit people of color throughout the world and the ways colonization and Christian domination have been used to erase these histories. While there may be different words or cultural understandings of LGBTQ and Two-Spirit people in different communities, we have existed and continue to exist in all communities, in all countries, across all time. Yet many of us continue to use this very language fed to us by the power elite, perfectly using the wedge they have built for us.

Recognizing the strategy of the power elite does not let us off the hook for falling victim to their tactics. We must look as deeply inward as we do outward to build effective solutions to the complex problems our communities face. If we will ever gain liberation for anyone, it must include full liberation for all of us. This requires us to understand the wedge strategy used to
divide us so we can be conscious of the moments it seeps into our psyches. This requires us to be as intentional and strategic as the power elite around race and LGBTQ issues in our social change work, rather than just defaulting to what is comfortable, convenient, or reactive. This requires us to respect the intentionality of segregated spaces for people to develop their identities but not accept default segregated spaces that result from a lack of thoughtfulness and strategic thinking.  Perhaps most important, this requires that we learn to really understand that all of these issues are interconnected and that we can understand this not just intellectually but on emotional, spiritual, and physical levels as well.

Whether the issue is tuition equity for immigrant students, the use of Native American mascots in schools, the excessive use of exclusionary discipline such as suspension or expulsion against Black students, or the disproportionate tracking of youth of color and trans* youth into special education—let us center racial justice, LGBTQ rights, disability rights, and youth leadership into all of our work, not as separate issues but as different parts of the whole.

As GSAFE has moved along in our journey in becoming a multiracial, racial justice organization, the overwhelming majority response from donors has been one of support. New donors have come to us and said they would not fund us unless we were centering racial justice. Larger, national foundations are coming to understand that LGBTQ movement-building efforts are not strategic or effective without intersectional thinking. Our sister organizations in other states are looking to GSAFE’s process as a model for how the work can be done. Such institutional shifts in political thought and funding priorities are critical to our ability to implement the work we know needs to be done. The next piece of work is for us to pull deeply from our psyches new ways of thinking in which we can engage complexity and understand how race and LGBTQ issues are always intertwined.

Have you seen wedge politics in your community? What issues or alliances would you like to see the LGBTQ community build? What will your next step in this journey be?

Note: I recognize in this article moments of sensitivity where I speak to certain dynamics that can play out in communities of color, yet I am a white person. I hesitated to name these at all due to my internal voice of “who am I as a white person to speak to that?” At the same time, not naming those dynamics would have felt too simplistic and would not move us forward in recognizing the full complexity of these issues. My apologies if I have caused any harm by doing so.