The Privilege of Planning Ahead 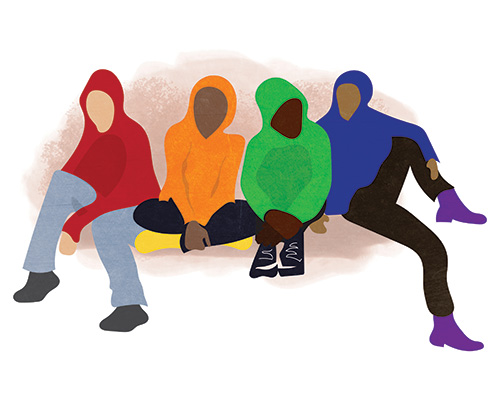 I’ve just said goodnight to my nine-year-old daughter. Every night at bedtime we review the day we had, and she asks, “Can you tell me what we’re going to do tomorrow?” It’s the same question every night, and she finds reassurance in the predictability of the answer. We talk about tomorrow, and I realize: the reassurance of that conversation is a part of our white privilege.

Recognizing that being able to talk about the day ahead with little worry is part of our family’s white privilege doesn’t mean that our daughter, the child of a lesbian couple, never faces frustrations or stigma. She’s come home frustrated that some kid told her that two women can’t get married or having had to answer to “Why do you have two moms?” for the umpteenth time. She’s helped her teachers understand that saying “So tell your mom and dad” may not be reflective of all families by adding aloud “or tell your mom and mom.” Early in her Kindergarten experience, a friend invited her to her house to play. After the playdate we invited the other child to our house. The girl’s mom told us that her husband, who is very conservative, would not allow it.

Even with these challenges, pondering the day ahead as something normal and routine is part of our white privilege.

The Wisconsin Council on Children and Families (WCCF) has issued a new report, “Race for Results,” based on data compiled by the Annie E. Casey Foundation’s “Kids Count” report. Last year’s Kids Count data ranked Wisconsin 12th in overall child wellbeing. However, this year the researchers focused on wellbeing and race. What they found was that white kids in Wisconsin tied with kids in California for 10th in overall wellbeing, but African-American kids in the state ranked last in overall wellbeing.

The Capital Times wrote an article about the new WCCF report, and the comments were revealing. While some readers focused on the data, others chose to focus on why black youth wear their pants low, why they wear hoodies, why they might talk loudly, about the music they listen to, why their parents have failed them, etc. As a middle-aged lesbian, the comments had a familiar ring. For example:
I don’t mind gay people, as long as they aren’t so obvious. Why do you have to dress like that; can’t you wear a dress? Gay marriage is special rights. Or the comments we hear when a woman is assaulted or beaten: What was she doing out alone at that hour? What was she wearing? What did she do to provoke him? Why doesn’t she just leave?

All of these are attempts to deny rights to a group of people: the right to be who you are, to dress as you choose, and to travel wherever you want. These comments attempt to deflect responsibility and accountability for the disparate treatment, the discrimination that exists against blacks, women, and the LGBTQ community.

In his article, “Decoding Modern Racial Discourse: A System Justification Theory Approach,” educator Robin Parker posits that system justification theory holds answers to why white people often don’t want to “see color.” “People are motivated to justify and rationalize the way things are, so that existing social, economic, and political arrangements tend to be perceived as fair and legitimate” even if they are not.

According to Parker, system justification theory explains that the preservation of the status quo “may be a more salient motive for action than self-interest, domination or out-group prejudice…white people may say, ‘Racism isn’t a problem in our society,’ not because they have a conscious, personal dislike for black people or are unable to understand the contemporary struggles with racism black people endure. Instead…the dismissive remark arises from a strong psychological need to maintain the current social order even when doing so is contrary to cogent evidence.”

To women and those of us in the LGBTQ community System Justification Theory ought to sound familiar. We know that the systems in place in this country were put there by privileged white men to benefit privileged white men. Those of us who identify as white and who are LGBTQ must be willing to talk about our white privilege and systemic racism as candidly and openly as we do issues affecting the LGBTQ community.

Tomorrow morning, when she wakes up, my daughter will ask, “What are we doing today?” It’s really a good question when you stop to think about it. Maybe she’s on to something; maybe we should ask ourselves every morning, “What am I doing to challenge the status quo today?”

Linda Ketchum is the Executive Director of Madison-Area Urban Ministry (emum.org), an interfaith social justice organization that has spurred social change in and around Dane County.