The State of LGBTQI Healthcare 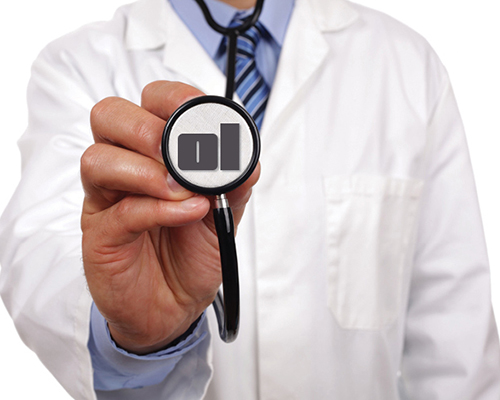 Being gay does affect your health – but not because of the bogus reasons often cited by the prejudiced. The American medical system is simply set up in such a way that stigma and bias still pervade, leading many LGBTQI citizens to receive inadequate care. There are people working to change that, though: medical professionals, software developers, community activists, and others are all doing their part to chip away at the old, institutional walls that regularly bar queer, transgender, and intersex people from getting the care they need.

Studies also point to serious problems in health care for trans* people, including being flat-out denied medical help due to their transgender status.

It’s a startling—if telling—revelation, and one that ought to open the eyes of medical professionals everywhere. If gay and trans* people don’t feel comfortable talking to their personal doctors about essential health details, they will be much less likely to gain access to needed education and care.

The state of affairs for gay seniors isn’t great, either: America’s estimated 2.5 million LGBTQ elders are twice as likely to live alone, four times less likely to have adult children to help them, and far more fearful of discrimination from health-care workers.

There are LGBTQI-friendly and LGBTQI facilities and doctors, of course, and they’re in high demand. The need is so great, in fact, that it can be difficult for them to accommodate the sheer volume of patient requests they receive.

“One of the things I get asked for, more than almost anything else, is for referrals to doctors,” says Patrick Farabaugh, publisher of Our Lives magazine. “The biggest problem I see that happens is that people withhold some of their health info because they’re afraid of being judged or of the stigma that the doctor may put on them. But if they’re able to work with someone directly, someone they know shares their values or lived experience, they’ll probably be more willing to talk candidly about what their behaviors are and what may put them at different health risks. So the quality of care improves.”

The trust divide was a major deciding factor in the American Medical Association’s decision in 2009 to officially come out against the military’s “don’t ask, don’t tell” policy, which was finally repealed in 2010. The military reserves the right to inspect a soldier’s medical records for purposes of assessing combat readiness, so prior to repeal both patients and doctors often had to withhold information, or outright lie, to avoid prosecution.

Then-Wisconsin Medical Society delegate Paul Wertsch, MD, was instrumental in pushing the issue with the AMA. “If you can’t trust your doctor to tell the truth, you’re not going to tell the truth,” he said. Wertsch has a gay son, and is currently board member with PFLAG in Madison.

Fighting for the right to be out without fear of recrimination is just one front in the battle for equal rights, though. Increasing the number of LGBTQI-literate health-care professionals is also crucial.

We have organizations like Diverse and Resilient out of Milwaukee, which works on building community and improving the health and wellbeing of LGBTQI people of diverse backgrounds through cultural outreach, training, suicide prevention work, anti-tobacco and alcohol initiatives, and more.

In Madison, Meriter has made a point of highlighting their out gay physicians with occasional targeted ads in Our Lives featuring people like Dr. Susan Toth, a general surgeon, and Parker Waller, who works in family medicine.

Over at Epic Systems, a newly formed Employee Resource Group (ERG) has been working to create a better environment for LGBTQI identified staff members, as well as the clients and patients served by the company and their medical software. The ERG is focused on things like getting gender neutral bathrooms in every building on the campus, as well as crafting best-practice recommendations for documenting LGBTQI information for their customers.

At the University of Wisconsin’s School of Medicine and Public Health, a student organization called Pride in Healthcare is also advocating on behalf of LGBTQI literacy for health-care professionals. They recently crafted and released “LGBT-Friendliness Kits” that will go out to hundreds of primary care physicians in Dane County, who can use them to ensure that the clinical environment is welcoming for LGBTQI people.

For trans* students, there are now some 64 universities that cover some or most transition-related medical expenses under their student insurance plans, with Duke University slated to join their ranks this fall.

According to the Human Rights Campaign, the number of major U.S. companies covering the cost of gender confirmation surgery for transgender workers has more than doubled as of 2011.

More and more companies and municipal governments have also begun extending domestic partner benefits to employees so that same-sex couples may gain greater access to health insurance in general.

A Matter of Life and Death

Challenges remain, however, and LGBTQI people are still more likely than their heterosexual counterparts to be uninsured, and to delay or not seek medical care or needed prescription medications. Lesbian and bisexual women are less likely to receive mammograms. Due to systemic harassment and discrimination, gay people are also more likely to suffer from high rates of stress, and are at higher risk of things like cancer and mental illness.

The fight for intersex rights has only recently begun to gain traction, with advocates pushing to end forced gender assignment surgery for intersex babies, as well as to educate doctors about the specific health and support needs of intersex people. The going is even tougher for LGBTQI people of color, who have to deal with discrimination based on not only their sexuality, but also their race.

This year marks the first time the Department of Health and Human Services will include questions about sexual orientation and gender identity in its National Health Interview Survey, which polls about 40,000 households around the country. The results of the study are used to help determine public health policymaking and to direct future academic research.

This is a major step toward addressing the disparities that exist for LGBTQI people in this country. More and more accurate information about the unique needs of minority populations will help inform public policy and opinion, and greater knowledge tends to lead to better care.