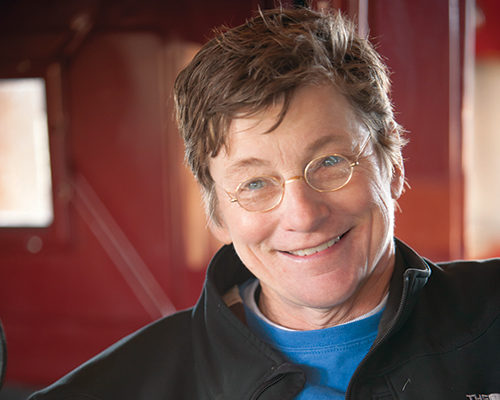 A few weeks ago, I was logged into my business page on Facebook to make certain that I had linked to a recent blog post that I’d written on my Simply Served website. From out of nowhere, I received a message from my friend Mary Celley, asking me to “Like” her new Facebook page. What?!

For those of you who don’t know Mary, she is the owner of Bee Charmer Honey. You will find her faithfully working at the Dane County Farmers’ Market on Saturday mornings, selling her delicious honey, sweet corn, heirloom squash, tomatoes, and other remarkable produce from the farm that she and her partner own in Brooklyn, WI.

Mary, like many farmers, believes in actual, honest-to-goodness, face-to-face relationships. Her business has, for many years, relied on word of mouth and the meeting and greeting that occur between customer and producer at the market. And her business has done very well. In fact, all of her businesses (honey producer, natural and organic heirloom vegetable producer, natural pest remover, horse boarder, and stone engraver) have been successful over the years. But lately, Mary had begun to hear the buzz of more than just bees in her ears. She was tuning in to customers, friends, and family talking about social media and how cool it was.

And then, one day, the unheard-of came from Mary’s own lips: “I don’t want to get left in the dust, and I don’t want to become a dinosaur.” A new day began to dawn on their farm.

Mary is a risk-taker by nature. She possesses verve for her farm and her work. “I have to have that passion,” she says, “or this big, old farm would just fall apart.” And that approach to life, and to farming, is what will carry her through the learning curve of social media. She is working with a friend and consultant to get the social media ball rolling. And she is taking to it like a bee to honey. Which is why, a week or so ago, I received her invitation to “Like” her new Facebook business page.

Farming is a business, and the business of farming is tricky. It’s an intricate dance involving sustainable land practices, pest management, weed control, sales, image creation, branding, and too many other things to list in this story. Nowadays, too, we have to add social media to that list. Like it or not, social media is here to stay, and farms that fail to recognize this risk missing out on a massive market share.

As we end our interview, I take out my smartphone and show Mary how easy it is to tweet so that she can also add Twitter to her list of new tools to master this year. At this, she laughs (and laughs, and laughs). She then pulls out her own flip phone, circa 2001. “I can’t see the characters, and my fingers are too big to make it work,” she says. So, given that response, you may not be receiving any tweets in the near future from Bee Charmer Honey. On the other hand, I did show her how big the keyboard was on my smartphone, and how by touching just one key, she could turn on the “talk to text” feature. And maybe it was the strong sunlight pouring in through her kitchen window, or maybe it was just my imagination, but in that moment, I think I may have seen a little twinkle in Mary’s eye.