Turning a Moment into Momentum 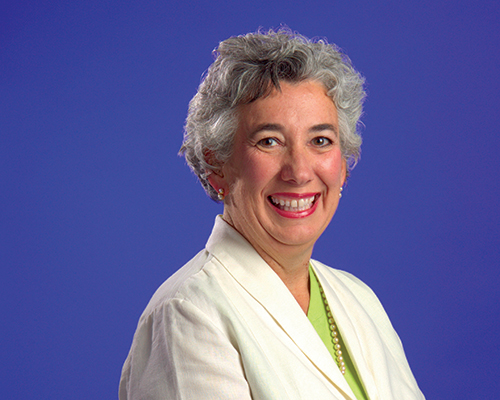 Both my personal and professional journeys are atypical. They meander, taking significant detours along the way. There are common themes, and more importantly, there are definitive moments—moments that serve as a reference for my life and ground me to the work I do. This is an account of how my personal and professional lives intersected in a most powerful—and unpredictable—way.

In January of 2008, as I prepared to attend the events in honor of Dr. Martin Luther King, Jr., I got sick. At first I thought I had food poisoning, but by Monday, I was jaundiced and could not eat anything. By Tuesday, my primary doctor sent me to the hospital thinking I had blockage from a gallstone. Someone listened to me when I said that I was nervous because my older brother, Rudy, had recently died from pancreatic cancer. A CA 19-9 blood test was ordered, the only marker for pancreatic cancer—and not a good one at that. Results can vary, including false positives.

My CA 19-9 was elevated but they couldn’t find a tumor. My gallbladder, perhaps from the endoscopic procedure, got infected and I got sicker. The doctor wanted an endoscopic ultrasound to see if he could find a tumor. He knew I had a cancer. Because of his persistence and determination, I have him to thank for the early detection of my cancer.

He found that I did have a tumor in the ampulla, the meeting of the pancreatic duct and the bile duct located in the duodenum. Although the diagnosis was frightening to hear, I breathed a sigh of relief because though this was a rare cancer it wasn’t pancreatic cancer. We scheduled the surgery for the first available date.

Post-surgery, it was confirmed that it wasn’t ampullary cancer but rather pancreatic cancer. The tumor did start in the pancreas and extended down into the duct. How could it be that two siblings not three years apart in age could end up with the same cancer? Our parents were still alive and they had never had this cancer. What was going on? Thoughts of toxic exposure when we lived on Guantanamo Naval Base in Cuba began forming in my mind. I remember chasing after a truck we nicknamed “Smokey Joe,” as it sprayed pesticides to kill mosquitoes. I had images of Cold War biochemical warfare being fought on the naval base by the U.S. and Soviet Union—envisioning my brother and me being somehow exposed to a toxin.

At the end of February, I had the Whipple operation, a surgery to remove the cancerous tumor along with my infected and useless gallbladder, most of my pancreas, part of my stomach, and the duodenum. I still remember the surgeon saying this was a complex surgery where lots could go wrong and then there could be leaks. I had to survive the leaks and figure out what I needed to do to make sure that this cancer didn’t come back.

Some statistics about pancreatic cancer: it is the fourth leading cause of cancer death; there is a five percent five-year survival rate (compared to breast cancer which is 89 percent); and there is a high chance that the cancer will return. I was lucky that the cancer was found early and that it was operable. Most tumors don’t reveal themselves until it is too late, as was the case for my brother Rudy.

Diagnosed at stage IV, Rudy was given six months. His tumor was inoperable and the cancer had already spread to his liver. He was 50 years old. My niece, Rudy’s daughter, had done cancer treatment research for her father, and now she researched for me. She knew that I needed the most aggressive treatment possible, and then some. She searched and found a clinical trial at Northwestern University to test a vaccine against pancreatic cancer. Less than a month after my surgery, we headed down to Chicago on St. Patrick’s Day to see if I could get into this trial.

With my brother-in-law and niece reading the protocol for the trial on the telephone, we arrived at Northwestern with the pathology report in hand. I didn’t realize I had to be approved. If I was found to meet all the requirements, I had to have the first round of vaccines on the twenty-eighth day after my surgery. We arrived in Chicago on Monday night, and my twenty-eighth day after surgery was Wednesday.

I was accepted into the clinical trials, beginning a regimen of eight vaccine shots every two weeks for 14 weeks along with two different kinds of chemotherapy and five and a half weeks of radiation.

Genetic Identity as a Protected Class

Shifting the focus from my personal journey onto my professional journey, the connections and intersections emerge.

Rewind back to 2007. At the tail end of a meeting of the Equal Opportunities Commission, Steve Morrison (one of the commissioners) suggested that the EOC explore adding genetic identity to the list of protected classes in the equal opportunities ordinances for the city of Madison. We were to explore what was meant by genetic identity. How could an employer discriminate against a potential or existing employee on the basis on genetic identity? What did this mean for housing and, even more perplexing, for public accommodation?

As the Commission worked on this endeavor here in Madison, the Genetic Identity Nondiscrimination Act (GINA) was making its way through the process at the federal level.

In May of 2008, President George Bush signed GINA into law just as I was starting radiation treatment for pancreatic cancer. The Senate passed GINA unanimously, and the House passed it 414 to 1. In November of 2009, the law went into effect. Madison will most likely incorporate aspects of GINA into the ordinances later this year.

The Impact of GINA

Researchers still don’t know the genetic links for pancreatic cancer, unlike other cancers where they have been able to identify a genetic marker. The work to uncover this for pancreatic cancer is very far behind. Controlled journeys, with set destinations and routes, convenient stopping points, and places of interests are wonderful, but they are rare. They are the journeys of carefully choreographed vacations. Most of life is not so predictable. Cancer throws that control out the window.