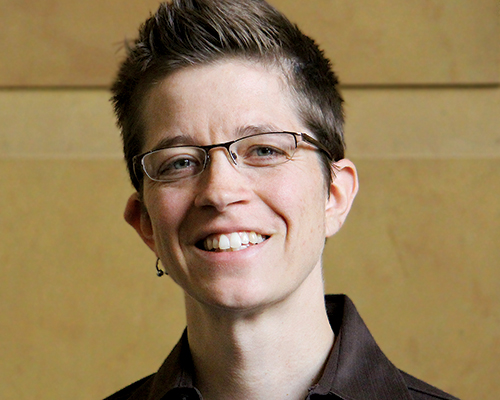 Self-identified LGB youth and youth with same-sex sexual behaviors face several health disparities—particularly related to mental health and alcohol and drug use, including tobacco. As a public-health advocate for 15 years, I know we have to continue to look further upstream if we hope to prevent negative outcomes for health. And as an adult, I know these health issues that may have begun in our youth can linger as we become adults. It isn’t “those kids”; it’s us.

For the issue focused on youth, I wanted to offer a baseline picture of health disparities experienced by Wisconsin’s LGB youth. The best data available comes from the Wisconsin Youth Risk Behavior Survey (YRBS). I interviewed my colleague Anneke Mohr (MSW, MPH), who analyzed the data from the past few surveys. Anneke is a UW population health service fellow placed with the Wisconsin Department of Health Services AIDS/HIV Program and Great Lakes Inter-Tribal Epidemiology Center in Lac du Flambeau.

The Youth Risk Behavior Survey is a nationwide survey that includes a core set of roughly 100 questions where youth self-report behaviors related to various health issues. Every other year, roughly 2,500 high school students across Wisconsin complete the survey. States can choose to add questions to learn more about certain issues, trends, or behaviors. Wisconsin added a sex-of-sex-partner question in 2007 and a sexual-orientation question in 2011.

Can you talk a bit about the potential for capturing transgender youth in the YRBS?

Currently, no state’s YRBS asks about gender identity. The Centers for Disease Control and Prevention (CDC) is testing different ways to capture gender identity and has not yet identified a recommended standard question. Through the Affordable Care Act, the US Department of Health and Human Services was charged with improving LGBT data collection. They are in the process of developing a standard gender-identity question, which will be ready by 2013. The Wisconsin Department of Public Instruction could then choose to add a gender-identity question to the 2015 survey.

How many youth fit the definition of sexual minority, according to the YRBS?

About 10% of sexually active high school students statewide reported same-sex sexual contact between 2007 and 2011. About 9% identified as LGB, or unsure in 2011.

Why is it important to ask about both LGB identity and same-sex sexual behavior?

What are areas of disparity for sexual minority youth?

How can health be improved for sexual minority youth?

Since a lot of sexual minority youth don’t feel support at home or school, families and schools have some work to do to make sure all youth feel accepted, loved, and supported. The CDC recommends that agencies and schools adopt policies and practices to create a safe and supportive environment and train staff to understand the needs of sexual minority youth to effectively implement programs and services.

Agencies like GSAFE and Diverse and Resilient do a phenomenal job of providing services, but as they say in public health, health starts where you live, learn, work, play, and pray. There needs to be a culture of love and acceptance at home and in the community.

Is there anything else you would like LGBT communities to know about sexual minority youth in Wisconsin?

I think it’s important to continue to expand visibility and services for LGBT youth, especially in rural areas. Growing up in Ripon, I wish I had had more positive LGBT role models and had access to a GSA. Even something as simple as a rainbow sticker on an office door can make a world of difference. n