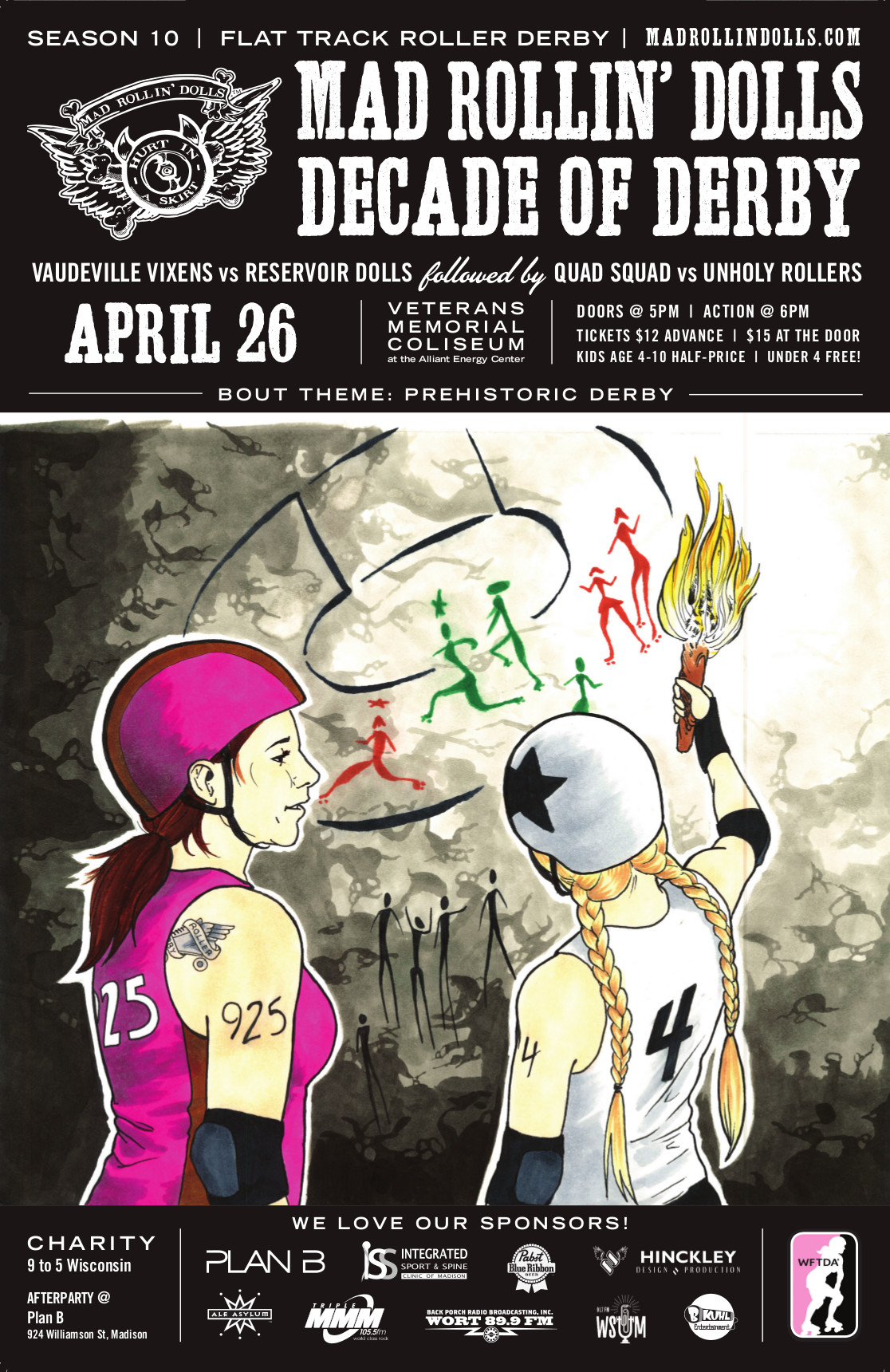 The night’s Prehistoric theme follows the league’s Decade of Derby celebration as the Mad Rollin’ Dolls skate their tenth year of public bouting and features two bouts. The Reservoir Dolls play the Vaudeville Vixens and the Quad Squad takes on the Unholy Rollers as all four home teams vie for the best seeding in the season’s Championship bout next month.

A portion of the bout proceeds will benefit 9to5 Wisconsin, one of the largest, most respected national membership organizations of working women in the U.S., dedicated to putting working women’s issues on the public agenda. The after-party will be at Plan B, Madison WI, 924 Williamson Street in Madison. Halftime entertainment will be the throwback fitness craze Jazzercize.