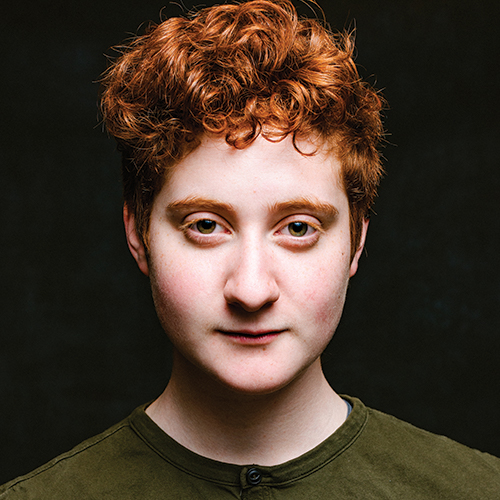 You’re not even 20 but already you are described as an activist and organizer. Last year you organized students who protested against the mandatory purchase of meal cards as part of student housing contracts, for example. Tell us a little bit about your path to activism. When did you realize the power of collective resistance and the role you could play in such movements, and what was your first action?

I began organizing when I was in high school. I was lucky enough to have brilliant teachers and mentors who showed me and my peers the ropes. There were also a lot of queer and trans kids on the youth group board of my hometown synagogue, Beth Emet, and we decided to start running community conversations about gender. I realized how much we need each other, and how much we need our community. For me, organizing meetings and workshops was a way to educate and create connections. Since then, at U.W., I’ve been engaged in issues regarding cuts and decisions about the state budget for our school.

I have a lot of privileges, and I hope to leverage that power in ethical and justice-oriented ways. I write and draw, and when I’m engaged in organizing, I offer those skills. These are issues of equity and access, and especially in the case of the university, education is a right, not a privilege. I believe that everyone does better when everyone does better, and I’m obligated to be part of that change.

Your book Gender Euphoria: A New Collection is writings and art by non-binary and transgender creators. Congratulations on launching a successful crowdsourcing campaign that helped you fund this project that describes joy as a form of resistance. I know you have self-published before, but this is the first time you have published at this scale. What is your goal with this project?

Thank you! The goal is to spread this new idea of “Gender Euphoria” to the world. Too often, transness and trans identities are described only through struggle and pain. But our lives are not desolate—we’re full of joy and beauty and jokes. I want this zine to open up new lenses and paradigms for thinking about gender. Even beyond that, I want it to act as an historical document where trans and non-binary people are dictating our own stories as whole, full historical subjects capable of immense joy.

The inspiration came from being a camp counselor. I had a few non-binary campers. When they asked for resources to read, I realized that I didn’t have anything that would be empowering in a joyful way. I wanted them to know that it’s not just about the dysphoria—that there’s so much euphoria, too.

Since you have been knee-deep in joy for the last couple of years you can probably tell us a lot about that feeling. Many people in our country have lately been experiencing grief, fear, and sorrow. Do you think those emotions can coexist with joy? Why or why not?

It’s not only important but necessary that we hold our sorrows with our joys. You can’t have joy without sadness, comfort without loss. “Gender Euphoria” is such a strong feeling precisely because it comes from a place of knowing the opposite. The contrast creates intensity and integrity. Documenting and talking about where we find that joy is a form of fighting back. In a world where so many people (medical, legal, etc.) seek to erase the existence of trans people, to proclaim our joy is resistance.

What tips can you offer the reader who is having a hard time finding their joy, either because it was stolen, misplaced, or stomped out?

Keep track of the small things, the small victories, the small goodnesses. Write about your favorite article of clothing or a memory with a friend when your gender felt bright. Set intentions. Create hopes for yourself. Most importantly, reach out. We are not alone in our struggles, and we can create the strongest light when we are in community with others. But none of that negates how difficult it can be.

You work on changing the status quo. Is there anything you think should stay the same?

We have to continue celebrating. I once had the chance to meet Ms. Major Griffin Gracy. When I asked her about how we should create a sense of transgender history, she told me that we are like champagne glasses, cascading down from generation to generation. I think that sense of ourselves should endure.

What is the purpose of Art?

To communicate, to connect, to illuminate.

You’ll graduate from U.W.-Madison in a few years. Do you have thoughts about what you will do after that? If we connect in 10 years for an interview, what do you hope the title of that piece will be?

I hope to be an educator, whether formal or informal. Who knows where this project will go? Maybe something like, “Where we’ve been and where we’re going?” How about “Celebrating Gender?” Could even be “Tiny Gender Adventures!” Gender is a journey, and I believe that it can be a joyful one.