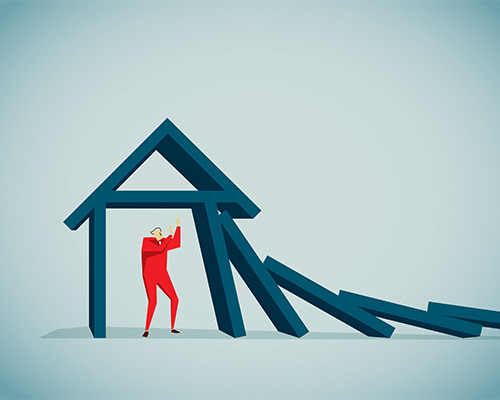 Some who did not vote for Trump will respond with disappointment and then will just get on with their lives. I actually suspect that may be the majority of non-Trump voters. This is personally how I have responded about half of my life when my chosen candidate did not win. It was also the strongly worded sentiment someone posted on Facebook the day after the election: “EVERYONE; SHUT THE HELL UP ABOUT THE ELECTION. It’s done. You can’t change anything. There’s no point in crying on Facebook about it.” For everyone who is in this camp about the election, I challenge you to become deeply curious about why some people are so afraid. Try to understand where their fear is coming from.

Give the person who just cut you off in traffic a wave instead of giving them the finger. You might be saying, “But the actual Klan endorsed this president. And I now feel less safe.” Yes this is true. Also true is that the only thing you have control over in this moment is how you react to this very moment. And this moment, if someone’s cut you off in traffic, they probably were simply distracted and the best reaction is to spread some kindness.

Carefully find a good balance for you between engaging vs. disengaging. During fearful times, many of us are drawn to spend extra time online reading news, blogs, and social media posts so that we can stay on top of all the terrible things that are happening. While that can certainly be empowering, it can also keep us stuck in a cycle of fear and despair. This may be especially true since most of us get our information from sources that affirm our preexisting view of the world. So please ask yourself periodically if it is time to take a break from information. Go for a walk, read a fluffy but engrossing novel, clean our your junk drawer. I promise that doing those kinds of things is extra important during hard times.

Fear has a lot of energy. It is the same physiological response as the fight response. In your fear and anger, do not let hate grow in your heart. That will not change anything for the better, and we need to not become the worst that we fear in others. If you wish to protest or lobby to change the Electoral College or get really involved with local politics, please do! Others may do better by channeling their energy in other ways. Volunteer to walk dogs at the local shelter, be a volunteer ELL tutor, go out of your way to check in with friends who are having a harder time than you.

This election might be extra hard on those young people who have known an African-American president much of their lives, just seen a woman win the popular vote, and seen some great progress in LGB rights in the past few years. There has been less progress in transgender rights, but still some there as well. With those of you for whom this is your first experience living in a country that you feel is moving backward, you have my empathy. I am sorry that we might lose some of the social gains we have made in your lifetime, and sorry for the shock you must feel about those losses. Please try to keep your enthusiasm, hope, and dreams for a better world. Great progress often has phases of moving backward, and we are entering one of those. But keep heart. Keep involved in ways that you can. Be kind.

Hearing Your Heart While Not Feeding Thoughts

In addition to fears about changing laws and policies, some people are feeling afraid for their physical safety. This election has given people with thinly veiled -isms more freedom to overtly express their hate. Acknowledge your heart as it sometimes feels shaky with fear, and be sure to not feed that fear. It might go something like this: “Hello heart and chest and stomach, I feel your shakiness. I know you are afraid that you might get beat up today or fired because of who you are. I see and feel and hear you, and I know that you are afraid.” And your heart might respond, “Yes, and let me tell you about the many future possible things that might happen that scare me, and how those things are going to have terrible consequences.” This is called Feeding the Story, and I encourage you to try and avoid it. It always leads to more suffering. Instead, try to keep acknowledging the feelings that are happening right here and right now. And later, when the scared part of yourself has calmed down, then you can make clear-headed plans to protect your safety.

Try to Avoid “Us vs. Them” Thinking

Although some actual legal and policy changes will be coming that will impact people, I think that the strongest current emotion is coming from a feeling that most of the country and our soon-to-be president hates you. And from the feeling that most of the U.S. is populated by racist, homophobic, transphobic, violent, terrible people. I want to gently suggest that this is not true. Something like 260 million people did not vote for Trump. And of the roughly 60 million people who did vote for him, most of them are not racist, homophobic, terrible people. Some absolutely are, but not most.

I have gone out of my way to really listen to why some people voted for Trump, and I found it very enlightening. People who just want their good factory job back. People who honestly thought that another candidate would be an unethical choice for them. People who are really scared of terrorist acts, and think that this candidate will keep them safer. I can understand and respect those motivations. I feel badly because I do not think people are going to get what they wanted, but those voters aren’t terrible people. To think so would be to perpetuate the lack of tolerance that we find so distasteful in others.

We are facing some legal changes over the next few years that are scary. And we are scared that the tone set by this election has given permission for some people to more frequently act on their hate. I hear you. This is scary stuff. Go ask someone for a hug right now. Or better yet, find someone who seems scared and offer them a hug. Find out if there are some actual steps you can take over the next few months that might insulate you against any possible legal changes. You might want to follow HRC.org and LambdaLegal.org for steps to take. And finally, while acknowledging your fear, don’t feed it.