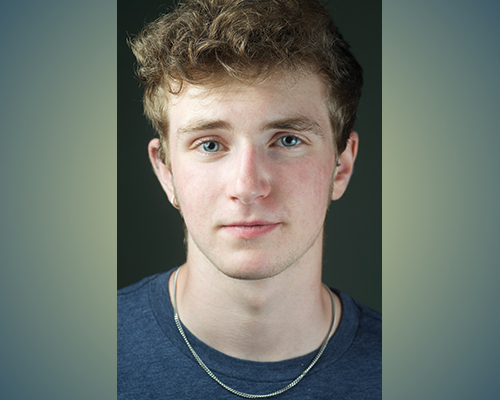 When I was in sixth grade, my friend took me to see Proud Theater’s production of “Loud and Clear,” a collection of skits, poetry, and music written by LGBTQ youth. It was unlike anything I’d seen before, and I was infatuated. My friend and I walked out of the theater wide-eyed. We couldn’t wait to join.

We were finally old enough at 13. I was petrified. Arriving at the church where Proud Theater rehearsed, my friend and I made our way down flight after flight of stairs, into the lowest basement level. I was sure we were a half-mile underground when we finally came to the room. It felt cavernous after the claustrophobic staircase, and, feeling exposed and vulnerable, we shuffled quickly into a corner. Someone with five-o’clock shadow and a tutu rode over on a tricycle and gave us high fives. My hand shook, and missed theirs twice. After introducing myself, I didn’t speak the rest of the night.

The truth was, I was terrified of my own voice. It was more than low self-esteem or shyness; I genuinely hated how it sounded. I hated what it said. My words weren’t things I wanted to listen to; why would anyone else want to hear them? I didn’t speak at school. I hardly spoke at home. And at Proud Theater, an eighth-grader surrounded by high school seniors, the most I could manage was a mumbled name-pronouns-age-and-school I had to reiterate at the beginning of every rehearsal.

I’m about to be a high school senior now myself, and the changes that have taken place in me since then are almost inconceivable. I learned to stop hiding in my slouching shoulders, denying myself eye contact, quieting what I wanted to say. I came out as transgender (for the second time—the first time didn’t go so well), I got involved with multiple activism fronts, and I even spoke up in class! I attribute these changes, unquestionably, to Proud Theater. The group not only gave me back my voice, but also made me actually proud of it.

I had started with a monologue my first year, about that “middle-school crush” experience. I remember sending it in and being so scared the adult mentors were going to send it back saying it wasn’t good enough, or wasn’t interesting enough, or was too juvenile of an experience to put in the show. They didn’t. They loved it. And during the show, the audience loved it. I was astounded, frankly. But I kept writing.

It was addictive. I wrote skits and poems, and, most terrifyingly, songs (music was my favorite medium, and also the one I found most daunting). The act of creating something that made other people—people I had never met in my life—laugh, cry, and think was exhilarating. For the first time in my life, I felt talented. Even gifted. And, most significantly, purposeful. I had the power and the means to make change in unexpected ways. It was incredible. It still is.

I’ve been a member of the youth artistic committee since my freshman year, and became youth music director as a junior. Leadership feels like a way to give back to the group, helping them out as they’ve helped me out. The fact that this will be my final year feels unreal, but I’ll give everything I’ve got during it. I don’t know how else to thank the group that has watched me grow up.