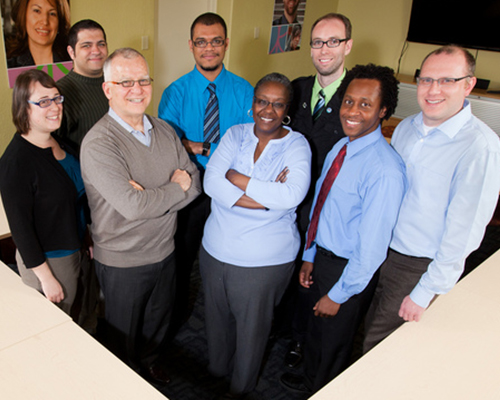 Queer folks in Wisconsin use tobacco. A lot.

We are more than twice as likely as our heterosexual peers to smoke cigarettes. That translates into 7,000 years of life lost each year to LGBT people in Wisconsin because of tobacco use. This disparity, or difference from the norm, in tobacco use is only one of many highlighted in Healthiest Wisconsin 2010, our state public health plan.

While the loss of life from smoking represents a private crisis to the affected person and their family, the $297 million in medical expenses and lost earnings each year are of concern to policy makers as well. “A lot of LGBT people appear to be annoyed by tobacco use,” says Anthony Harris, Prevention Program Coordinator with Diverse and Resilient, “but relatively few still appear to be poised to take on their friends, calling them out to be healthy.”

These disparities are at the core of the work of Diverse and Resilient, Inc., a statewide LGBT nonprofit organization whose mission is the healthy development of lesbian, gay, bisexual, and transgender (LGBT) people in Wisconsin by creating and sustaining groups and communities to take action. The organization began in 1995 as a program hosted by Aurora Health Care and the University of Wisconsin School of Medicine Department of Family Practice. In 2002, the organization opted to become an independent agency to better meet community needs and have more discretion in program offerings.

Diverse and Resilient now has a staff of nine and supports programming in Appleton, Eau Claire, Green Bay, La Crosse, Madison, and Milwaukee. This work is possible because of the agency’s unique service model. Many services are provided through LGBT community centers around the state or through LGBT youth serving organizations like Youth Services of Southern Wisconsin or Goodwill Industries of North Central Wisconsin. This work in alcohol abuse prevention, tobacco cessation, HIV prevention, healthy relationship development, and mental health is also made possible by the 75 peer health promoters who take an active part in the effort.

Qualifying for Diverse and Resilient Services

To be described as a disparity in public health circles—and therefore selected for intervention by Diverse and Resilient—there should be some compelling evidence that the difference is real.

In other words, there should be sound survey data, health records, or local epidemiological studies that support the claim that health differences are real. So while each of us may have experiences with gay men who don’t exercise enough, or with LGBT youth who don’t eat enough green vegetables, these personal observations of nutritional differences are not sufficiently robust to sound the alarm as health disparities.

On the other hand, there are some differences that are so obvious that they are readily identified. Take HIV. In Milwaukee, it is estimated by the Centers for Disease Control and Prevention that up to 30% of young African American gay and bisexual men may be HIV+. This figure is about 60 times the rates of their heterosexual peers.

Brenda Coley, Diverse and Resilient Director of Adult Services, notes, “These rates speak to the long term indifference to the health issues and social exclusion of African American gay and bisexual men.”

Chris Allen, Diverse and Resilient HIV Program Coordinator, adds, “We are simultaneously treated as invisible and dangerous; we are kept in the background and then decried as being on the ‘downlow.’”

Other serious health risks persist for LGBT people in our state, but the general population shares those high rates so disparities cannot be readily identified. For example, among statewide youth who have had same-sex sexual behaviors, we know that roughly the same percent (45%) have binged on alcohol in the past month, which is the same as their heterosexual peers who are also sexually active. The same is true for the prevalence of general alcohol use. So, while no disparity exists, it is because Wisconsin teens overall show much higher rates of alcohol use and binge drinking than teens elsewhere.

That said, LGBT teens across the state do report a significantly earlier debut into drinking, with more than a third starting before age 13. Further, LGBT teens in Milwaukee Public Schools are half again as likely to binge drink than their peers.

For many, it is hard to pay attention to the details of these data points. But Diverse and Resilient and the public health community find them invaluable. Mark O’Neil, Diverse and Resilient Director of Youth Services, points out, “These show us where to focus our attention and put our community in charge of our own lives. The data can also, at times, point to the source of these disparities.”

O’Neil is referring to the alarming numbers of LGBT youth who skip school each month because they feel unsafe there or on their way to school (16%). These same youth report higher rates of fighting (45%), getting injured in fights (12%), and getting hit, punched, or kicked while at school (30%). It becomes obvious why roughly one in eight report never feeling safe from physical harm while at school.

The stresses that LGBT people in Wisconsin face—their social exclusion and marginalization, their fears and experiences—all contribute to the risks in which they engage.

Diverse and Resilient holds to the perspective that LGBT people cannot be blamed for our health risks, but as a community we are accountable for dismantling them. “This work is actually fun,” says Kofi Short, Program Specialist. “Every day we get to put together the building blocks of safe, supportive communities where we can all live healthy, satisfying lives.”