Balancing the Scales of Justice 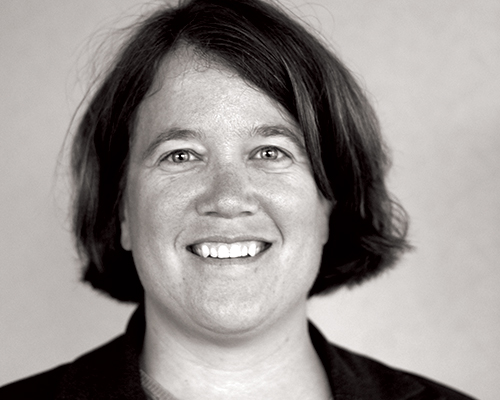 The U.S. Supreme Court recently heard oral arguments in two cases that greatly affect our families. The first case, Hollingsworth v. Perry, is an appeal from a court decision that found California’s Proposition 8 (ban on gay marriages) unconstitutional. The second case, United States v. Windsor, is a challenge to the so-called Defense of Marriage Act, or DOMA, which prohibits the federal government from recognizing same-sex marriages even when such marriages are lawful in the state in which the marriage is made.

In each case the Supreme Court has several options: 1) uphold the lower courts’ decisions; 2) reverse the lower courts’ decisions; 3) find a “middle ground” that would not apply to all states, or that would more narrowly interpret the law; 4) decide not to decide at all. Accordingly, we could see any result from sweeping decisions that affect couples throughout the United States all the way down to “wait and see what happens state-by-state and then come back and see us in a few years if necessary.” I believe that the Court will likely not make a pronouncement that lesbians and gays have a fundamental or constitutional right to marry in all states, but that the Supreme Court will strike down DOMA.

The Prop 8 case presents an opportunity for the Court to make a broad determination that under the U.S. Constitution, same-sex couples have the same constitutional right to marry as do heterosexual couples. If the Court were to make that sweeping a decision, not only would couples in California have the right to marry, but such a decision would also result in lawsuits challenging constitutional amendments barring same-sex marriage such as the one in Wisconsin, or statutory restrictions found in other states. Those suits would likely successfully overturn the constitutional amendments or statutory restrictions in all states.

However, the Supreme Court is more likely to avoid such a sweeping decision, and instead either dismiss the case or uphold the decision of the lower courts on grounds that will not have an impact on people outside of California. The Court could dismiss the case by determining that the parties appealing the Prop 8 decision have no “standing,” or right to bring the case before the Court. The original party defending Prop 8 was the State of California (represented by Gov. Arnold Schwarzenegger—a paragon of family values). After the lower court overturned Prop 8, California abandoned its defense of Prop 8, but proponents of the ban were allowed to step in and act as new parties to defend it. If the Supreme Court decides that the third parties have no legal right to defend Prop 8, then the lower court’s decision remains in effect. That means Californians would have marriage equality, but it would not affect people in other states.

The second case, challenging DOMA, will have a great impact on same-sex couples who have legally married in the United States and elsewhere. DOMA prohibits the federal government from recognizing anything other than heterosexual marriages, even if such marriages are perfectly legal. There are well over 1,000 rights and obligations of spouses under federal laws, including estate taxes, social security, health care, federal pensions, and even rights related to spouses of members of our military who are killed while on active duty.

The lead plaintiff, Edith Windsor, legally married her partner of more than 40 years, but upon the death of her wife was required to pay $363,000 in federal taxes. No such taxes are imposed on heterosexual married couples. Another example of the inequities under DOMA is the horrific mistreatment of Tracy Dice, whose lawful spouse, Sgt. Donna Johnson, was killed alongside two other married soldiers in Afghanistan. Citing DOMA, the military refused to acknowledge their relationship in official announcements about the death, failed to send an officer to Dice’s residence to inform her of the death, and refused to accord her military honors at Johnson’s funeral; and Ms. Dice is ineligible for the financial and other support freely given to the two spouses of the men who died. There are other parties with equally compelling examples of mistreatment and inequality imposed because of DOMA.

In my view, the Court is likely to overturn DOMA. It could do so one of two ways: first, it could apply an equal protection and due process analysis determining that same-sex couples must be treated equally to their heterosexual counterparts (which could have a substantial impact on couples in all states); second, it could instead determine that DOMA unlawfully interferes with states’ rights with regard to definition of marriage, in essence resulting in a situation where couples lawfully wed in any state would have the same federal benefits and obligations as those in heterosexual marriages.

If the cases turn out as I believe they will, legally married same-sex couples will experience equal treatment under state and federal law, but for now, definition of marriage will be left to a state-by-state determination (through lawsuits or legislative enactments). Marriage equality would not be a question of “if,” but rather a question of “when,” in each state, as polls show increasing support for marriage equality in almost every state, and overwhelming support from younger voters across the board. Politicians have begun to take notice, and it is only a matter of time before we have full marriage equality in the United States. n