Between Faith and Affection 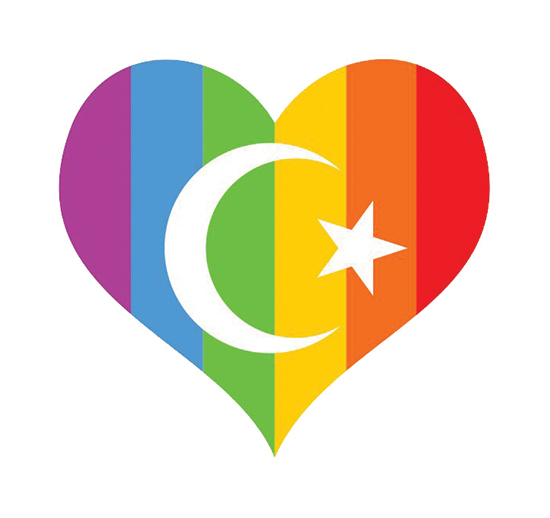 When I fell in love for the first time it was the easiest, safest feeling in the world. A deep emotional intimacy took my soul and rebranded it—I had never known before that a woman could be filled with so much goodness, so much kindness.

The connection took an afternoon to realize and would take a lifetime to forget. I had never been attracted to a woman before, not knowingly. And so sitting across from her, as a woman myself, I was hit square in the face with the realization that I was not straight.

But with great love came a steady recklessness; I didn’t care what the ramifications were for this newfound intimacy. I didn’t care that as a Muslim woman, I couldn’t possibly love freely without risking a great deal of hurt. And so I loved until the reality of who I was in respect to the world around me became too great for either of us to bear.

The issue was not with my own faith, however; I felt stronger for her in 45 minutes than I had for all of the men I’d dated before, put together. The raw emotion I felt for her—that acute, bold attraction—was too natural to be sin. Nothing that easy could be wrong, I remember telling her. God couldn’t possibly punish me for something I didn’t have control over. I couldn’t control that it was October, and there she was growing gardens inside my chest.

No, the issue was with how I was entangled in layers and layers of imposed heteronormativity. Layers involving my immigrant background, involving my Muslim family, involving my blackness, involving the American society I called home. They had weighed down my heart for years—it wasn’t until my early 20s that I realized how much affection I could hold for someone like her. It took one conversation and my young, wonderfully naive heart felt light for the first time in my life.

I didn’t rush to define my feelings; I was too busy living them. So it wasn’t until she broke my heart, was I left alone to reckon with who I was and who I had become.

I found myself trying to mitigate the directives of my faith and the directives of my heart and badly failing at choosing one or the other. I had accepted the false premise that I couldn’t listen to both, and it brought so much pain. It felt like my heart and mind were on separate planes of existence, one wanted Elizabeth, the other wanted to be loved by God; both couldn’t exist in the same reality.

So I opened the Quran, the Muslim holy book, and started reading. What I found in its language was permission to love her, to love myself. That permission stemmed from the mercy of God. If He was all-forgiving, couldn’t I forgive my own body for being true to itself?

One reading, and I was able to reconcile one of the most confusing battles within myself. And for that, to myself and to my faith, I’m eternally grateful. What I understand though, is that this reconciliation isn’t the norm. I know that many QTBIPOC have a hard time navigating imposed heteronormativity, especially as it relates to religion. I was lucky in that my internal strife only lasted for a little while; I do know, however, that my battle coming out to other people will be much more difficult. My family knows in hints, and they largely ignore it while also being respectful. But if I were to come out officially, I’m sure I’d lose much more than I can bear—that strife is lifelong.

What I’ve found is that to me, religion in its essence is pure of homophobia. It has only been through modernity, and a deeply embedded misogyny, that our society has become this intolerant.

The church (used here as a reference to any religious socio-political construction) has always seen sex as its competition. By dictating the boundaries of what was righteous sexual activity, the church maintained its power over the nuclear family by threatening eternal damnation if those boundaries were crossed.

Interjecting religion in the most intimate aspect of a person’s life constructed a contract between them and the church. For example, by giving man ownership over women and their purity, the church maintained its power over man and his “property” under the cloak of faith. Sexual “defiance” breaks that contract.

Indeed, same-sex relationships functioned outside of that contract between the church and society and thus the power structure fell away. Homosexuality, therefore, was church-adjacent—it was powerful, and it needed to be canonized as sin in order to be controlled.

In that analysis, I found a reclamation of my own faith and a rejection of the church and its power structures. Faith for me was love for the unknown, love for a greater power that we cannot ever see or behold. It is the surrendering to a love that we trust to guide us, to be all-knowing. If God can love us, who are we not to love each other? Most importantly, who is the church to stand in the way?