Nobody Is Helping the Fags 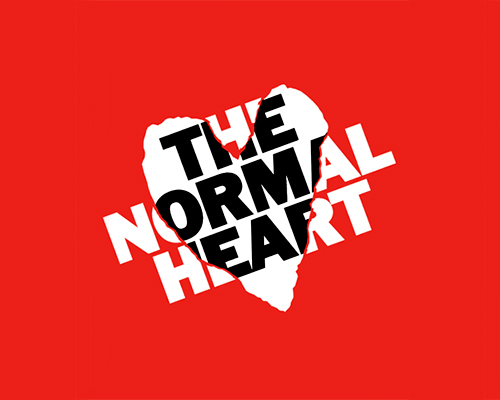 Who are you, and how did you come to be involved with StageQ?

I live in Madison with my partner and two 6-year-old tuxedo cats. I received my MFA in acting from UW–Madison; it was a challenging, humbling, and life-changing experience. I have acted, directed, and worked on productions with many local theater companies over the years. In 2007, I auditioned for StageQ’s Gays of Our Lives and was cast. After getting to know artistic director Tara Ayres, she recruited me to join StageQ, and it felt like I had really found a home. Currently, I am on the board of directors and the artistic committee for StageQ at the Bartell Theatre.

What is noteworthy about Larry Kramer’s The Normal Heart?

The Normal Heart is an emotionally raw script. The whole production team, not just the actors, will have to take care of themselves as we work on creating this show. Taking place between 1981 and 1984, the story is driven by the character of Ned Weeks, who publicly confronts the apathy surrounding this new “gay virus,” which is killing off a large number of men in New York City. Pulling in friends and acquaintances to join him in the fight, Ned prefers confrontation and exposure, while most of the other characters are closeted and prefer other approaches. This causes a great deal of the tension in the play. Another source of anger and frustration comes from the inaction of the press and the US government, seemingly because it’s “only happening to gay men.” The most striking part of the story to me, other than the fact that it is based on actual events, is the amount of fear in the play. Nobody knows what is happening, how to protect themselves, or what to do. And nobody is helping “the fags.” It is a poignant reminder of the beginnings of HIV and AIDS. The way it began, what it did to our community, and how badly the situation was handled are things that should never be forgotten.

What are your hopes for the StageQ production of The Normal Heart?

Speaking technically, I find it thrilling to take a well written, emotionally charged script and present it to an audience in all its guts and glory, without pulling any punches. I also think theater should be transformative, so I hope the audiences either learn about or are reminded of the beginnings of the AIDS epidemic. I think it is very important not to forget the statistics and events from this time period. We have entered into a new era of HIV and AIDS treatments and research. It may no longer be a death sentence, but there is certainly no cure. Larry Kramer writes about his continued frustration in an afterword, which we may be handing out to patrons as they leave. It won’t be an easy piece of theater for some audiences, but it is certainly important and worth producing.

When does The Normal Heart run?

Your next production is The Holiday Stops. Please explain this show.

On the other end of the spectrum, some characters that are near and dear to my heart will be making a return stop in Madison after their 2009 appearance in StageQ’s comedy/musical The Stops. Taking their name from organ stops—you know, those knobs you pull out to make the pretty organ sounds—Rose, Ginny, and Euglena will be joined this time around by a fourth member, Linda. As ladies of NALOG (the North American Lady Organists Guild), they are touring the country, uniting their differing faiths with their love of song. A lot has happened to these ladies since we last saw them, and they can’t wait to catch up with you and share some new songs featuring wallabies and haggis, with some traditional holiday music thrown in. I play Euglena, and this show is particularly dear to me since The Stops was the last show my mother saw before she passed. Written by Eric Lane Barnes, The Holiday Stops will run November 29 through December 15 at the Bartell. I hope y’all will come join us for some holiday fun, laughs, and cheer.

What else would you like readers to know about StageQ?

We are an all-volunteer organization, and we have room for everybody. From actors to directors to scene painting, producing, and everything in between: If you can do it, we’re happy to have you—if you can’t, we’re happy to teach. You can also support the arts by being a contributor, season ticket holder, or by just coming and enjoying our productions!

How can readers learn more about The Normal Heart and StageQ?

There are many online and published sources to learn about Larry Kramer and The Normal Heart. A good place to start would be his 1970s writings such as Faggots: A Novel. Of particular interest is his involvement in the origins of the Gay Men’s Health Crisis, detailed in the play. He later helped create ACT UP, and continues his work as a playwright, guest speaker, and fierce advocate for a cure.