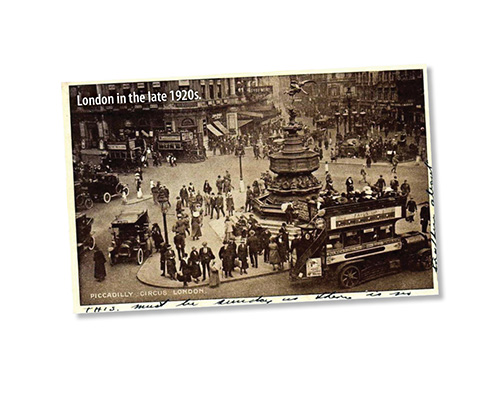 In the late nineteenth century, Mark Twain took a trip to Europe and wrote travel columns back to America. These were later published as the book Innocents Abroad. “Broad, wholesome, charitable views of men and things can not be acquired by vegetating in one little corner of the earth all one’s lifetime,” he noted. In the early twentieth century, a number of Wisconsin gay men seemed to accept this advice and traveled abroad. They, however, would discover views of men that many would not have thought so wholesome.

Following the Great War (1914–1918) many Americans flocked to Europe, and the expatriate community flourished by communicating back to America its views on literature and the arts. Some of these gay Wisconsin travelers would record what they found about homosexuality and must have communicated this information discreetly back in the states.

Ralph Warner of Cooksville, Wiscosnin, traveled to Europe in 1928–29 and kept diaries of his observations. Will Fellows, in A Passion to Preserve: Gay Men as Keepers of Culture, has shown how Warner’s efforts to save the historic pioneer “House Next Door” helped to revive the village of Cooksville.

Warner’s travel diaries reveal many things about the men he met, though almost nothing of women he met. For example, the ship’s doctor on the way over was “a very young man with a delightful voice and youthful laugh.” Others on board ship were a “sad looking young Russian” and “the other young person a Major Wise who has a farm near Newfoundland and has one of the most pleasant personalities I’ve met in many a day.” On another occasion “a very interesting waiter” served him who he found out was also a footman at Buckingham Palace.

Warner does a number of things any gay tourist today would have on his must-do list, like seeing Michelangelo’s nude sculpture of David in Florence (“beyond any idea I could have had of it”) and visiting Hadrian’s villa outside Rome. Hadrian was the Roman emperor who erected statues all over the empire to his male favorite, Antoninus. Oscar Wilde used references to the favorite as expressions of same sex love.

Of his visit to Capri, a place also famous for homosexual travelers, Warner notes the natives from a family gave songs and dances where “two of the younger children were very good to look at and the boy especially interesting in the dance.” Of the Italians, “I like the people, these guides are such gentle fellows and when they are possessed of blue eyes with long dark lashes they certainly move me. We had such a nice charmer yesterday… ”

The trip to Algeria resulted in the following entry: “I found these Arabs quite good natured chaps almost like boys playing and joking, laughing.” About the French staff in Algiers, they “interest me very much. They are anxious to learn English and I should like nothing better than to teach them. The waiter in the dining room is a splendid type and would make a wonderful servant.” Warner romanticizes the idea of bringing a male European servant to America.

During a 1928–29 trip in London, Warner engages with two young men. One is Hamilton Beatty of Madison who Warner knew was in the English city but not where and then one night discovers him at the theater several rows in front of him. “Ham,” as he is called, “certainly looked good to me and I had the warmest little feeling bout my heart all evening. He did make me feel he was glad to see me.” The Madisonian subsequently is asked to dinner for “a real visit.” On another occasion he records lunch with “Ham.”

At the Tower of London, he strikes up a conversation with “a young southerner from Atlanta.” They talked “quite awhile,” visited churches and came back to the hotel and rested. The southerner was leaving for Paris the next day but in the diary he notes, “I should like to have seen even more of him and hope he looks in” on his way back. Several days later he meets the chap again after finding himself in Piccadilly in the evening. Matt Houlbrook, in Queer London: Perils and Pleasures in the Sexual Metropolis, 1918-1957, shows this area was the stalking ground for West End “poofs,” an English term for homosexuals. The term Dilly Boys was used for the working class young men who sought companionship and sometimes robbed the better off.

Whether Warner and his Southern friend were just playing tourist viewing the scenery or participating in the sexual underground remains unclear. The Atlanta chap had a tale of woe whereby he was approached by a fellow supposedly hoping to go to America and wanted to know things about the United States. The would-be traveler and a pal of his then relieved the Atlanta gentleman of all his cash. Warner thought the Atlanta native had been “foolish.”

Clearly Ralph Warner used foreign travel to find interesting sights for a gay man. Many of these were noteworthy enough to put down. Others may have escaped the pen.

One writer described in a national magazine Warner’s preservation work and noted his performing non-normative gender roles like cooking, cleaning, and dish washing. This writer placed him among the “members of a secret fraternity.” Apparently Ralph Warner was, as gay historian Allan Berube has observed, in the “long tradition in which people have used other cultures to discover and explore their own homosexuality.”

1918-1957 | A Passion to Preserve: Gay Men as Keepers of Culture | Cooksville | Matt Houlbrook | Queer London: Perils and Pleasures in the Sexual Metropolis | Ralph Warner | Will Fellows