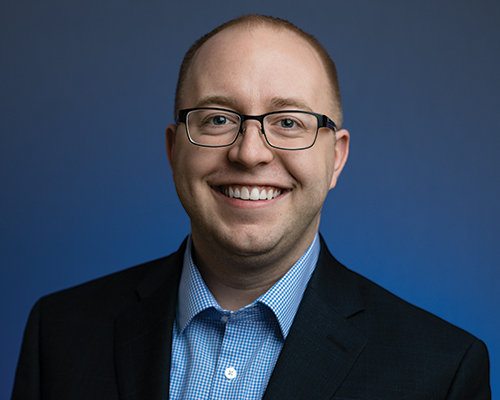 How did you identify a need for the chamber?

It started kind of selfishly. I graduated from Marquette University, and after a few years a number of my fellow LGBT alumni started moving away. I remember thinking, “Well, I can’t be an out professional in Milwaukee. I’ve got to go to Chicago or New York.” Although I didn’t think that was the case, there also wasn’t anything really working to bring the local community together on a professional level. So I met some folks for happy hours and invited them to spread the word. We did a focus group with those that had been attending. A business owner who came said, “You know, I’ve got a business plan that in about five years I can double the size of my business. I know exactly what to do. But I can’t do it in my current space. I want to find an LGBT-owned or allied bank to do some lending, an LGBT or allied realtor to find a new space, a contractor to do the build out. I want to do business with those that share my values.”

As we looked, we found that there wasn’t anybody really doing the business and economic development organizing in Milwaukee. That really got us started.

What are the first steps to bringing an organization like the chamber to life?

When we launched, we had a steering committee with LGBT business owners. The other key was being willing to try new things and fail. There were lots of events that we tried that didn’t really stick. Often people will give up when they do that. We kept saying, “Well let’s try it this way, let’s do this instead.” I think that’s what’s been the key for almost six years now: Being willing to try things.

What made you go the direction of a formal chamber of commerce?

It also really opened doors at a number of places; we get to be included in lists from the largest chambers of commerce across the state. It has put us at different tables at different organizations. It helped get us national partnerships.

Was it a struggle to do something statewide?

When we first launched, we were very strategic. Milwaukee was home base for me; I was here, and I had the lay of the land, so we started here. We waited about six months before we chose our next city. We were a working organization, but we were only doing events in Milwaukee.

We wanted to go somewhere nontraditional next. It’s important that the chamber isn’t just a Madison and Milwaukee organization. So we chose Appleton in February of 2013 and spent several months building there. Then we went to Madison.

Does the chamber have milestones measuring growth that you can share?

A big growth milestone that many organizations look at is the number of members they have. While that’s important for us, it’s not everything. We were very fortunate that on our one-year anniversary we actually hit 100 members, and on our two-year anniversary we hit 200 active members. We’re currently somewhere around 570 member businesses. That’s a great benchmark, but we also look at engagement and how we are helping businesses grow.

Also, what connections are we making? I view the chamber’s role as a convener—to bring people together. We have great events that provide opportunities for members to network, to learn, and to find business contacts. Our business equality summit in January provides educational programming and network connection opportunities. We also have our business showcase, which is just a social event. I really view our success as how we are helping businesses grow and get business.

One of the things that I found fascinating is that the chamber has a role in politics.

We spent a lot of time discussing it with our members, with our corporate partners, and with others, saying, “When there is legislation that has a business impact, we want to speak out on that, and they want us to speak out on it.” What we did the first two years was educate members on business-related issues. No direct advocacy. We did not ask members to call an elected official.

But we wanted to participate in that dialogue, and we heard from our membership, saying, “Tell us more about how this impacts us.” So during the Obama years we participated in what was called Chamber Chatter. It was a monthly call that was organized by one of our national partners that focused on one issue and included invited senior white house administration officials. We talked about the Affordable Care Act and why it mattered for small businesses; why immigration reform mattered to small businesses; and what does the federal budget mean for small businesses.

I’m assuming that post-Obama, nothing like that has happened.

Nothing like that has happened, no. And that’s when we started saying, “You know what? Perhaps we need to be a little more active, and need to help amplify the LGBT business voice.” The biggest opportunity was with Wisconsin’s nondiscrimination laws. We know how outdated they are for not protecting on gender identity and expression, so we started building a business case around why that matters, and what it means. Especially when we’re living in a global market where people can choose where they want to live and can go anywhere.

As we got businesses on board, we started pushing something positive and saying, “When we get the legislature back and have enough supporters, this is something we can advance.” We saw an opportunity this past spring when the state’s chamber, Wisconsin Manufacturers & Commerce, was pushing legislation that would have severely impacted the ability of local municipalities to do anything about employment laws. We mounted an aggressive campaign against that, and went after them directly, for pushing such an anti-LGBT piece of legislation.

At first, I was fearful of what members and corporate partners might say, but we didn’t get push-back from any of them. In fact, we had corporate partners who were joining us in that effort and were speaking up publicly around how this was a good thing, and we had businesses making calls to their elected officials. It really showed me that in addition to the work that we do to promote business development and inclusion and to create a pro-business community, part of that work has to be around advocacy.

What is the organizational structure of the chamber?

We are a 501C6 organization, which is the designation for chambers and trade associations. We’ve got a board. I’m the full-time president, and Annie Spritz is the managing director. She and I are out there, traveling the state. We have started kind of testing ourselves organizationally. One of our chamber members in Green Bay really wanted the chamber to have a bigger, more frequent presence there, so he said, “I’m happy to help organize events. If you can offer support for it, I’ll staff it.”

We also have a corporate leadership advisory council, which is made up of all of our corporate partners at a certain level and above, which meets quarterly to hear updates on the chamber.

One last question: What are essential partnerships for the chamber?

We are an affiliate of the National LGBT Chamber of Commerce. They rebranded in November and have been a really great partner. I serve as the national chair for the affiliate chamber council. We are also members of the Association of Chamber of Commerce Executives, or the mid-America chamber executive folks, so we can learn from different peer organizations on topics such as: How to structure membership dues and what meeting types are working?

Within the state, we have a couple of programs that have partnership components. One of those is the LGBT Workplace Alliance. That is a program that brings together 22 different corporate employee resource groups or business resource groups, mainly in southeastern Wisconsin. The ERGs are from GE, Rockwell Automation, Associated Bank, and BMO Harris Bank, to name a few. We meet every/other month to share best practices, talk about programming that we’re doing, and learn from each other. Our community partners include Diverse & Resilient Wisconsin, ARCW, and Milwaukee Pride.