SCOTUS: What to Expect Now 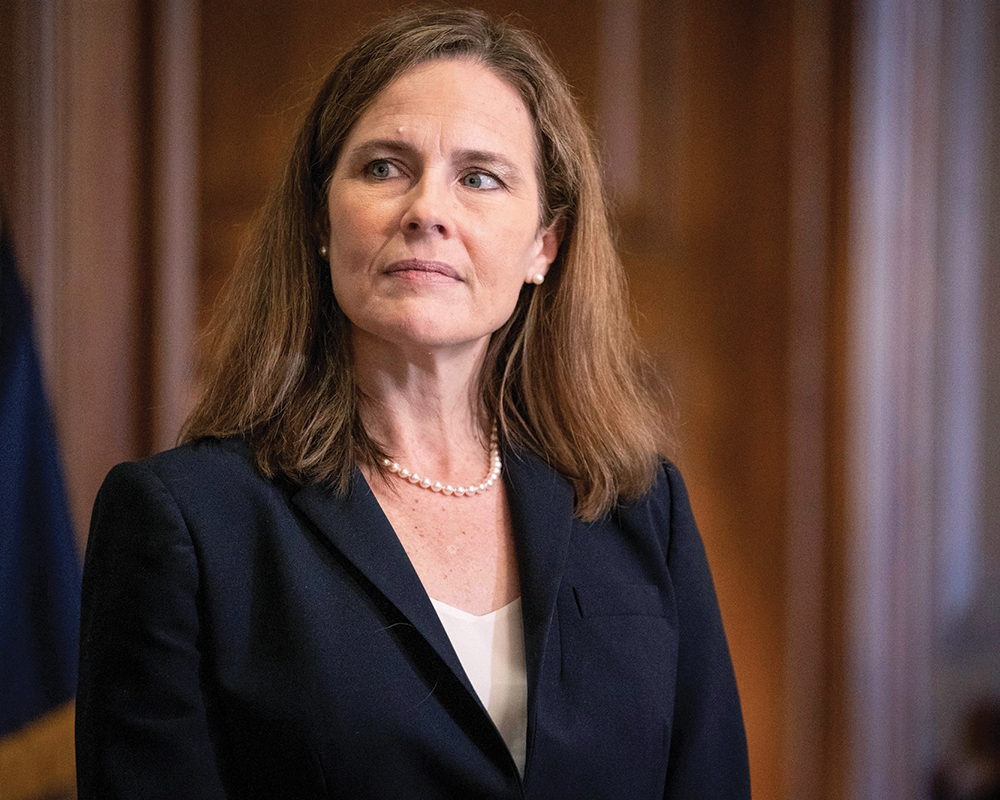 This has been a roller coaster year for our community. On one hand, we had a large legal victory in Bostock v. Clayton County, Georgia, in which the U.S. Supreme Court held that Title VII of the Civil Rights Act of 1964, which creates antidiscrimination protections for workers “because of . . . sex,” does indeed protect LGBTQ folks. On the other hand, we lost Justice Ruth Bader Ginsburg, whose absence will affect the outcomes of future Supreme Court cases. And we had an election in November, before which I am writing this column. What does this all mean with respect to our legal rights?

Before the Supreme Court this Term

Both Catholic Social Services and a few foster parents sued the city. Their claim was that Philadelphia violated their rights by only allowing them to participate in the foster care system if they made foster care referrals to same-sex couples. According to them, this violated the First Amendment rights by requiring them to take actions which directly contradicted their religious beliefs. The organization pursued this action despite the fact that the City continued to work with it in other areas, such as operating with group homes for at-risk children. The case was argued on November 4, 2020.

The outcome of this case will be a preview of other legal decisions to come. Writing for the majority in Bostock, Justice Neil Gorsuch expressly stated that the Court could further elaborate on how “doctrines protecting religious liberty” may interact with legislation protecting against employment discrimination “because of . . . sex.” Fulton could be the avenue for Justice Gorsuch to express his views on these interactions; that is, he could use Fulton to define the outer limits of Bostock by outlining how religious liberty considerations may limit the degree to which people may be protected by legislation “because of . . . sex.”

Other Justices share Justice Gorsuch’s concerns. Already, on October 5, 2020, Justices Clarence Thomas and Samuel Alito suggested that Obergefell v. Hodges infringes on the rights of those who have religious objections to same-sex marriage. (Obergefell was the 2015 Supreme Court decision that held that both the Due Process Clause and the Equal Protection Clause of the Fourteenth Amendment to the United States Constitution guarantee same-sex couples the fundamental right to marry.) Many legal commentators suggest that Judge Amy Coney Barrett, nominated to the Supreme Court on September 26, 2020 to fill the vacancy left by Justice Ruth Bader Ginsburg, may share the views of Justices Thomas and Alito.

What this means is that in upcoming cases, the Supreme Court could limit the gains for our community made by Obergefell and Bostock in areas where religious beliefs conflict with them. As I’ve written before in Our Lives, the language of Bostock appears to apply to many other statutes, ranging from Title IX of the Education Amendments of 1972, the Affordable Care Act, and the Fair Housing Act, all of which use the language of prohibiting discrimination based on “sex.” The same goes for various state laws, such as our own state law which bars K-12 “courses in physical education or physical training” from discriminating “on the basis of sex in the provision of necessary facilities, equipment, instruction or financial support, or the opportunity to participate in any physical education or training activity.” To the extent that the Supreme Court is moving in a direction where anti-gay or anti-transgender religious views are held to take priority over equal protection and due process, we may find ourselves in a much more difficult position in our battle for our rights.

How should we deal with this?

But regardless of what has happened between the time of this writing and the time of publication, the next President (as well as the next Senate, through its advice and consent process) will shape other appointments to come. And it’s not just about the Supreme Court. Very few cases reach the Supreme Court. Indeed, the Court only hears around 80 cases a year, even though it receives around 10,000 petitions for lower court cases to be heard (and most cases that are decided in lower courts don’t even get petitioned to go before the Supreme Court). What this means is that the bulk of legal decisions stay within lower courts, either in lower federal courts or within state courts.

And there are still many vacancies within federal courts and, indeed, within state courts. So much of what will happen to our legal rights, especially with respect to the relationship between LGBTQ+ protection and religious claims, depends on the results of the November 2020 election. Good luck to us all from the before-times!

Steph Tai is a professor at the University of Wisconsin Law School. Their academic research focuses on the role of science in the legal protection against health and environmental risks. They also regularly draft amicus legal briefs on behalf of scientific communities. Apart from academic and legal work, they have also actively advocated for the interests of the LGBTQ community at the University of Wisconsin-Madison, through service on the UW LGBTQ faculty/staff/student committee.